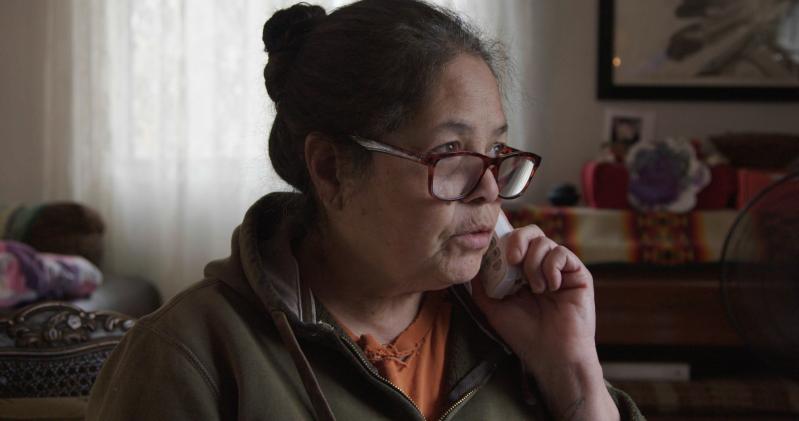 Rebecca Hill-Genia, a Shinnecock activist, has worked for decades to fight overdevelopment and bring issues, including improper disposal of ancestral remains and disturbances of grave sites, to the attention of town officials.
Nadia Hallgren
By Taylor K. Vecsey

"Conscience Point," a documentary about an decades-long battle for preservation by the Shinnecock Indian Nation, which raises questions of land ownership, environmental use, and income inequality in Southampton, is premiering on PBS’s "Independent Lens" on Monday night.

The documentary, which was shown at the Hamptons International Film Festival and received the Victor Rabinowitz and Joanne Grant Award for Social Justice, will be shown as part of the Emmy Award-winning series of documentaries at 10:30 p.m. It can also be streamed live on the PBS website.

"Conscience Point" follows Rebecca (Becky) Hill-Genia, a Shinnecock activist, who, with other tribal members and allies, "has waged a relentless, years-long battle to protect the land and her tribe’s cultural heritage from the ravages of development and displacement," the description of the film says. "Now both the Shinnecock Nation and town residents face a new challenge; the onslaught of elite newcomers who threaten the very place they intend to cherish."

The film was being made in June of 2018, when the U.S. Open golf tournament came to Southampton, played at the exclusive Shinnecock Hills Golf Club, once a Shinnecock burial site.

For more on "Conscience Point" on PBS, click here.

Hoedown on the Farm, Cocktails in the Garden
Main Beach Free Concerts in Final Weeks
Services and Counseling After Death of Popular Teacher Assistant
END_OF_DOCUMENT_TOKEN_TO_BE_REPLACED