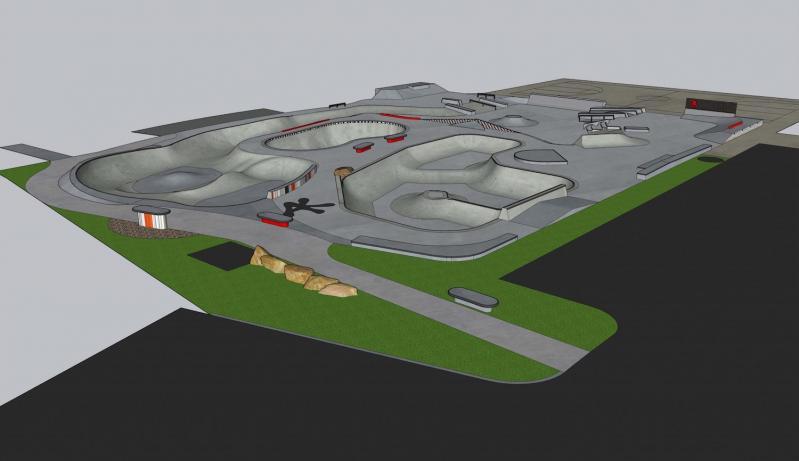 A conceptual plan for the redesign of the Montauk skate park.
Pivot Custom
By Jack Graves

East Hampton Town is asking residents to weigh in on the preliminary redesign of the Montauk skate park via an online survey on the town's website, ehhamptonny.gov.

Construction on the $1 million project is set to begin in the fall. Meanwhile, Pivot Custom would like to know if its conceptual design is satisfactory as is or if it ought to be tweaked in some cases. The company has said it will take people's responses into account in arriving at a final design. The survey will be online through Wednesday, May 26.

Survey takers are asked, among other things, to describe their perfect skate park, what they like about the concept or what they feel is missing, how the features could be improved upon, to rank the elements -- snake run, pool bowl, flow bowl, and street course -- in order of preference, and to say how often they would use the park, which is to be reconfigured so as to appeal to boarders of all ages and abilities.

The skate park was originally designed in 1999 by the skateboarding legend Andy Kessler. Improvements will be paid for through a public-private collaboration, with the town chipping in some money and a group of community members, the Montauk Skatepark Coalition, raising the rest. More than half of the money has already been either raised or set aside by the town.

The plans can be seen online at montaukskatepark.com, where there are also links to donate and to take the survey.