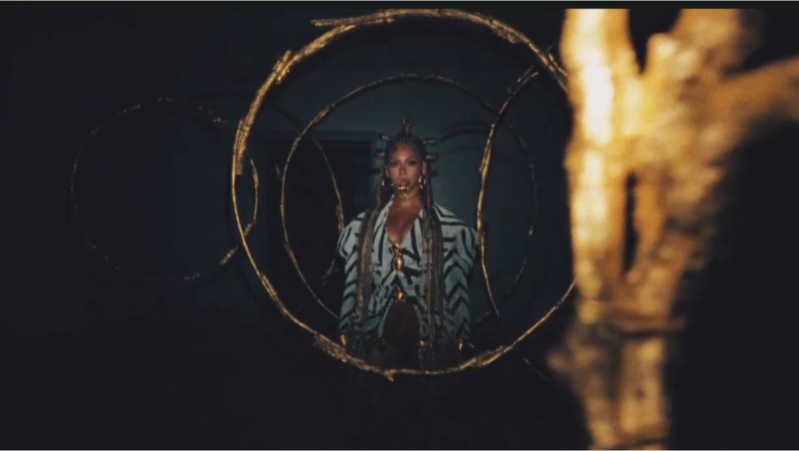 Beyoncé Knowles-Carter in “Black is King,” which was filmed at Guild Hall Museum. last year.
By Jennifer Landes

If certain scenes from Beyonce Knowles-Carter's new "visual album" on Disney+ looked remarkably familiar, it is likely they were.

Scenes from the hip-hop and pop music superstar's "Black Is King" were filmed in Guild Hall's galleries during the Ugo Rondinone exhibition on Aug. 21, 2019. While filming, an audience of 700 adults and children filed into a magic show taking place in the theater, unaware that a full production crew was filming Ms. Knowles-Carter in the museum.

Based on music from "The Lion King: The Gift," the album was released on July 31. The production was brought to Guild Hall by Holly Li, a producer who lives on the East End.

In the song "Already," Ms. Knowles-Carter wears a dress with gold accents and a gold headpiece, a zebra print suit and shorts, and a full body suit in a room with Rondinone's "Sun" sculptures.

The circular vine in his art, referencing the annual growing cycle of the earth, ties in nicely with the circle of life theme of "The Lion King," which was remade and released last year, 25 years after the original animated film.