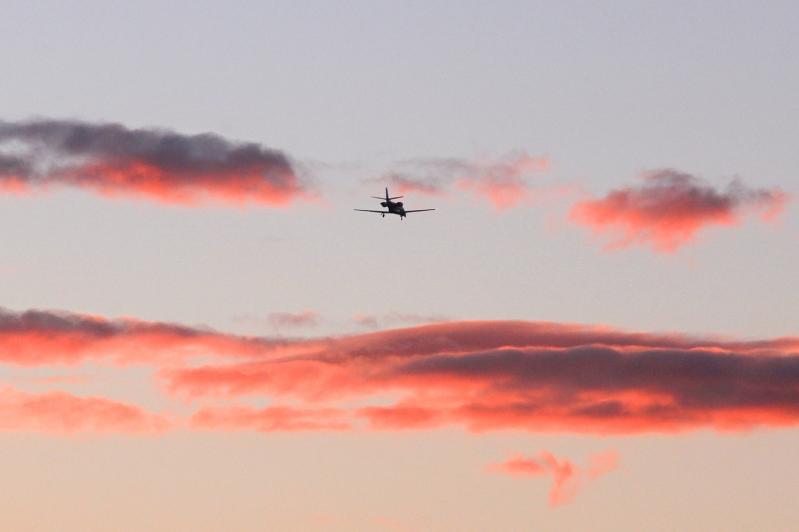 The East Hampton Airport is to close on Feb. 28 and reopen with new restrictions on March 4.
Durell Godfrey
By Carissa Katz and Christopher Walsh

East Hampton Town announced on Tuesday that it expects to temporarily “deactivate” the East Hampton Airport at the end of February and then reopen it days later as “a new, publicly owned private-use” facility.

The move is aimed at curbing use of the airport by “helicopters, jets, and other aircraft that have had an intensifying community impact” and have prompted “thousands of complaints,” the town said in a release. It follows a long public engagement process that, consultants to the town said on Tuesday, demonstrated that the community will not accept the status quo at the airport, with noise, environmental, and safety concerns requiring mitigation or elimination of at least some operations.

Reopening the airport under what the Federal Aviation Administration calls a “prior-permission-required” model, the town will be able to impose and enforce restrictions limiting air traffic and noise. The goal is to have the restrictions in place by May. Before specific parameters are adopted, the public will have a chance to weigh in on them.

Under this model, the town could prohibit certain aircraft, or certain commercial or private users; impose noise limits, and restrict takeoffs and landings at certain times of day. In determining which aircraft could use the airport, the town could also take into account certain environmental factors. Electric craft might be favored, for example, over those that use leaded aviation fuel. The framework could include preferences for town residents.

As the prior-permission classification implies, those who wish to use the airport will first need clearance from the town, and that permission could be granted, revised, or withdrawn. Should the restrictions allowed under this model “not meet community needs,” the town could still opt to close the airport entirely.

“The impact of the operational restrictions would be tracked and assessed during the upcoming season as part of an environmental impact statement under the New York State Environmental Quality Review Act,” according to the town announcement.

The town board expects to vote today on a resolution closing the East Hampton Airport in its current form and reopening it in its new private-use form, declaring that the move would not have significant adverse environmental impacts, as defined by the State Environmental Quality Review Act. “However,” the town said, “the long-term operational changes and restrictions . . . that will be considered will be subject to SEQRA review with opportunity for public input before becoming final.”

The resolution on today’s town board agenda expresses hope that “a balance can be struck between aviation stakeholders and the community such that implementing restrictions or other limitations on operations can address much of the community’s concern without foreclosing the ability of certain operators to continue operating out of the new [private use] airport.”

After submitting required notice to the F.A.A., the town expects to close the airport on Feb. 28 and reopen it on March 4 at 9 a.m. That timetable, said William O’Connor, the town’s outside counsel on airport matters, “will present the least disruption to airport users.”

The summer 2022 season, he said, could serve as a data collection period for the town to assess what, if any, environmental impact the prior-permission-required framework has on the community and neighboring airports.

Tuesday’s announcement follows the September expiration of federal grant assurances, freeing the town to take control of airport operations, as well as a series of workshops in which people aired their feelings about the airport and presentations by consultants detailing various aspects of the airport and its impact on the town. “Once these obligations expired back in September, the town has options available to it that it did not have while the grants were in effect,” Mr. O’Connor told the board on Tuesday.

A November 2020 letter from the F.A.A. to the town detailed four options to obtain local control of the airport: continued operation as a public-use airport, negotiations of an agreement for mandatory restrictions on aircraft operators, permanent closure of the airport, or closure and subsequent opening of a new, private-use airport. A fifth option emerged in subsequent discussions between the town and the F.A.A., to transition the airport from public to private use without closure.

Mr. O’Connor said that the option consultants recommended and that the town board chose provides maximum flexibility for the town moving forward and allows the town to adapt rules and regulations to respond to changing conditions, such as the introduction of electric aircraft and unleaded aviation fuel, both of which could alleviate some residents’ concerns. “You are certainly blazing a trail in terms of trying to come up with a thoughtful and reasonable way to balance all of these considerations,” he said.

The town has chosen an option that “gives us the broadest amount of flexibility to fine-tune and tailor future restrictions at the airport to reflect the community’s interest,” Supervisor Peter Van Scoyoc said. The airport “remains something that people would like to retain,” he said. “However, the problem is that it’s grown so much beyond what the acceptable footprint is. It’s also raised a lot of voices who simply say just close the airport. I think part of that is perhaps a belief that we can’t put that airport back into a footprint that the community will accept.”

The board’s discussion followed more than two hours of public comment, with every one of some 40 callers voicing an opinion about the airport. These ranged from advocating for complete closure of the airport to maintaining it as is, with those in the latter group, including pilots, citing its benefit to the town’s economy.

Those “commercial interests,” said Barry Raebeck, a co-founder of the Quiet Skies Coalition, “are getting increasingly shrill and anxious, because they know more and more and more people — locally, regionally, nationally, internationally — are calling for similar restrictions on unnecessary aircraft travel.”
—
Note: This article has been updated since it originally appeared online.

Free Car Seat Checks in Southampton
Battle of the Books, and More Fun for Teens
This Week's Happenings in Montauk
END_OF_DOCUMENT_TOKEN_TO_BE_REPLACED