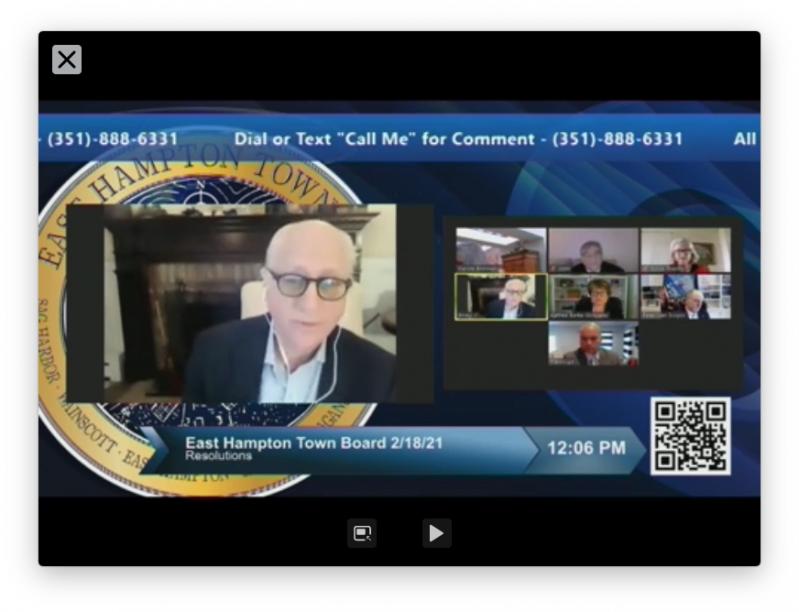 The East Hampton Democratic Committee did not endorse two incumbent Democrats, Councilman Jeff Bragman of the town board and Rick Drew of the town trustees, at its Feb. 17 nominating convention, instead backing Cate Rogers for town board and David Cataletto for trustee.

Ms. Rogers, who is the committee's chairwoman, will join Councilwoman Kathee Burke-Gonzalez and Supervisor Peter Van Scoyoc, both of whom were endorsed for a third term, on the Democratic ticket. Mr. Cataletto, a teacher at the John M. Marshall Elementary School here, will run with eight incumbent trustees, all of whom received the committee's nod.

Some of the successful candidates may face primary challenges in June. Mr. Bragman, Mr. Drew, and John Whelan, who also screened for town board but finished far behind Ms. Rogers and Ms. Burke-Gonzalez, were all mulling their options this week.

No committee member nominated Mr. Bragman, an attorney and former prosecutor who was elected to the town board in 2017 but has frequently clashed with his colleagues, particularly Mr. Van Scoyoc. The board's meetings are regularly punctuated by angry exchanges between the two, and to a lesser degree between Mr. Bragman and his other colleagues.

"I do not have the support of the Democratic Committee," Mr. Bragman told The Star during the convention. "This is sometimes the price we have to pay for speaking out."

"Elected officials are put in place by the public to inform and protect by abiding to principles," he added. "All the rest is noise."

Mr. Van Scoyoc, who announced his intention to seek re-election last month, was elected supervisor in 2017 after five years' service as a councilman. Before that, he was a member of the town's zoning board of appeals.

"Tonight, you've again bestowed upon me a very unique and honored distinction," he told the committee, thanking members "for your continued faith and confidence in me." The committee, he said, "has done such an excellent job in vetting and selecting excellent candidates. I'm really pleased to be able to support and campaign for Kathee and Cate."

Ms. Burke-Gonzalez said that her tenure on the board has been the "honor and privilege of a lifetime." The true value of public service, she said, "is the ability to bring people together" to participate, collaborate, and assist in problem solving. "Tonight, you put together a very strong team."

Ms. Rogers thanked her colleagues on the committee "for your support and this faith you have placed in me. This faith is not an entitlement to me, it is a tremendous responsibil-ity, and I pledge to give my candidacy and the job 100 percent of myself to always work for the betterment of our community and for the goals of our Democratic Party. I'm thrilled to be on a slate with such awesome and experienced members, and I look forward to the weeks and months ahead campaigning, working with everyone, and winning in November."

Both Mr. Bragman and Mr. Drew, who won votes from just 3 of 34 committee members, have been skeptical of the proposed South Fork Wind farm. Last month, Mr. Bragman cast the lone "no" vote on an easement agreement and abstained from voting to approve a host community agreement with the developers, insisting that the town was moving too quickly and would be better able to influence the project by waiting until state and federal reviews were complete. Mr. Drew ultimately voted with his colleagues to grant a lease to the developers, but not until after a tenacious and prolonged effort to obtain significant financial and other commitments.

"That is coincidental," Betty Mazur, vice chairwoman of the committee, said of Mr. Bragman's and Mr. Drew's stance with respect to the wind farm.

Mr. Cataletto will join the incumbent trustees Francis Bock, Bill Taylor, John Aldred, Susan McGraw Keber, Mike Martinsen, Tim Garneau, Ben Dollinger, and Jim Grimes on the Democratic Party ticket. His selection, and that of the eight incumbents, completed a chaotic vote to select nine among 10 candidates, as one by one committee members recited a nearly uninterrupted refrain: they were voting for "everyone but Rick Drew."

"As bad as it was, that made it substantially worse," Francis Bock, a committee member and the trustees' clerk, said. Mr. Bock was one of three committee members who voted for Mr. Drew.

"The Democratic Committee clearly wants to have people that follow their agenda," Mr. Drew said on Friday. "Anyone who has an independent voice or wants to do what I would consider a proper review of a project on their agenda, can very easily fall out of their favor."

The role of elected officials, he said, is "to review a project, not to cheerlead for a project," he said, speaking of the wind farm. Mr. Drew, who has missed just one trustee meeting since his election, pointed to his work to protect the interests of residents, particularly commercial fishermen, by requiring commitments concerning the wind farm's export cable, electromagnetic field monitoring, erosion mitigation, decommissioning, and critical fisheries habitat.

"They could have very nicely said, 'We don't think this is a good fit this year,' " Mr. Drew added. "Instead, they had to rake me over the coals in front of the whole committee. Clearly, it was some form of vindictiveness. It was not professional, not respectful. I have the strongest body of work of any trustee in recent history . . . I don't think they treated me respectfully, or objectively reviewed my body of work, and made a very emotional-type decision."

Mr. Drew cited his 2019 acceptance of endorsements from several other political parties as "the other thing that really pissed them off." The committee had discouraged him from accepting other endorsements that year, he said. "However, simultaneously, they were endorsing a member of those same parties," referring to Mr. Grimes, a registered Republican who appeared on the G.O.P. ballot line. "I worked closely with this person, he's a friend," Mr. Drew said, "but how can you say that I'm jumping ship when you're embracing somebody from the other party? Shouldn't everyone get the same opportunities?"

"I like the board the way it is," Mr. Bock said on Monday. "Certainly Rick and I have had our disagreements, and that's fine. We know how to work with that."

"Francis and I have had our differences," Mr. Drew agreed. "We have been able to put them behind us and work together. He's a good man."

Mr. Garneau and Mr. Dollinger, both committee members, abstained from voting for trustees. Ms. McGraw Keber, who is also on the committee, was absent.

Mr. Whelan, who has been the zoning board's chairman since 2014 and was considered for an appointment to the town board to complete Mr. Van Scoyoc's term after his election to supervisor, said on Tuesday that he is "looking into running a primary" campaign. "I don't feel like leaving my political career up to committee members who don't know my background, what I'd like to bring to the board," he said, speaking of some newer members on the Democratic Committee.

In a text message, Mr. Whelan said he plans to step down from the zoning board at the end of this year, "as I feel that eight years is long enough to serve on this board, and, frankly, on the town board." If elected, he added, he would also step away from his full-time position at Stelle Lomont Rouhani Architects in Bridgehampton.

"I'm exploring all options at this point," Mr. Bragman said this week. "Looking to make a decision quickly." He could seek to force a Democratic primary, or run in the Nov. 2 general election on another party's ticket. He could also mount a challenge to Mr. Van Scoyoc.

Mr. Drew said he could run on the Republican Party ticket, "and there's a lot of good Republican people in our town. I would proudly run, but it's not my party. If I try to run as a Working Families candidate, or an Independent, there's not a lot of horsepower there." He would also be running against his fellow trustees, he noted.

"I have worked hard and done a good job," Mr. Drew said. "Unfortunately, the committee wanted to be petty and cast me out."