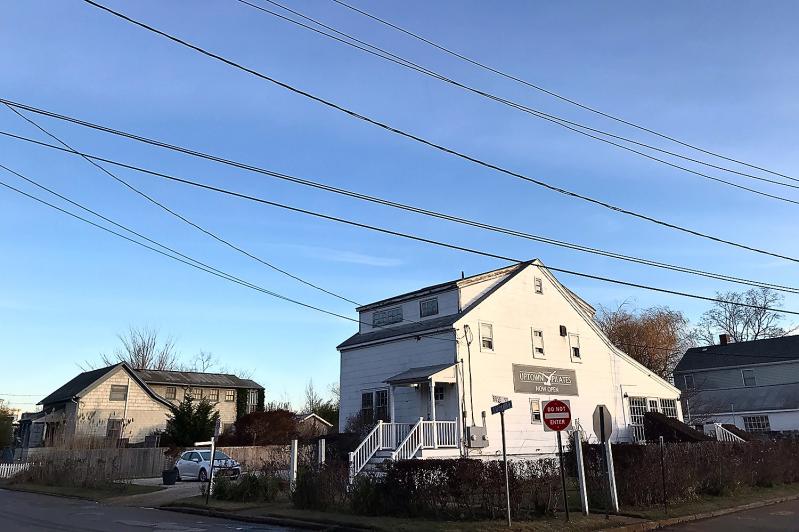 With a Sag Harbor moratorium on waterfront building set to expire in February, the village board said last week that it intends to vote on a proposed waterfront zoning overlay district at its Jan. 11 meeting.

At a Dec. 14 hearing, the public continued to weigh in on the proposed district, created in response to perceived development pressures along the village’s waterfront. The moratorium, which has been in place since August of 2020, was meant to give the village time to study and get ahead of future development that could adversely affect the character of Sag Harbor. It breaks downtown Sag Harbor into a number of zoning districts, each with different rules that apply to the types and sizes of buildings that can exist within it.

“Why in the office district is there no size limit on commercial buildings?” Hillary Loomis, president of Save Sag Harbor, asked the board on Dec. 14. “It’s crazy not to have some limitation,” she said, before the village understands who is in control of the buildings.

Ms. Loomis was referring to a district that encompasses nearly all of the buildings between Bridge Street to the west, Rose Street to the south, Meadow Street to the east, and Long Island Avenue to the north. A zoning map showing the entire district can be found on the village’s website.

Ellen Dioguardi, the president of the Sag Harbor Chamber of Commerce, wondered about spaces within that district that already allowed retail, for example the Dodds and Eder building. She is concerned “that increased square footage in the office district may create an unfair advantage for businesses opening there, especially considering the strict size limitations for those on Main Street.”

“I don’t think any of us here want to say that the nature and character of Sag Harbor was changed dramatically under our watch,” she said. “If we’re looking at massive change in the office district which could have a retail portion because it’s pre-existing nonconforming,” that would start the process of character change. Ms. Dioguardi said she hoped the public would have a chance to weigh in on the project one more time before the voting on Jan. 11.

Peter Ginna, a Save Sag Harbor board member, said that if the new code were adopted, buildings along the south side of Long Island Avenue and Bay Street could rise over three stories, which would be “unfortunate,” and out of scale with the rest of the village.

Randy Croxton, another Save Sag Harbor board member, worried about the “continuity of access directly to the water.” With a robust and forward-thinking code in place, he imagined a future Sag Harbor that included a public waterfront walkway.

About that idea, Mayor James Larocca simply said, “What you are proposing is not legally achievable.”

Mr. Larocca bemoaned the fact that the same complaints were coming to the board from the same handful of people. “I don’t know that we gain anything by coming back to that conversation over and over again,” he said. “We do not agree as a matter of law, or as a matter of history that we have access, or the tools, to take that property into the public domain.”

He continued, “We do not have the power today to zone 50 years into the future. . . . There is nothing that we can write into this code now that will create a corridor along the water where private owners have over time become the owners down to the water. We do not have that power. Constitutionally, statutorily, or practically.” As an example, he said, referring to a restaurant on West Water Street, “Are you going to take the Beacon’s waterfront from them? You can’t.”

“I appreciate the sincerity of your effort,” the mayor said, “but we have to move on. We’ve been at this for a year and a half, and I think it’s time.”

The public hearing on the overlay district will remain open until the Jan. 11 meeting.

Also last week, Mayor Larocca announced the “good news,” that the village had reached an agreement with National Grid to extend the village’s lease on the so-called “gas ball lot” for a year. He said the year would give the village time to come up with a “higher use” for the lot, now used for parking, and he noted the many changes taking place around it. Properties have changed hands, he said, the village is operating with a new code in that district, and “the status of an application or a proposal to build a new Bay Street Theater is unsettled.”

Mr. Larocca also noted the strong turnout at the Dec. 4 East End YIMBY (Yes In My Back Yard) rally for affordable housing in Sag Harbor. He said that he hoped by January the board would have “a proposal for treating affordable housing strategies and code considerations throughout the village.”

In a separate matter, the board moved to change the zoning classification of John Steinbeck Park from office district to parks and conservation zoning.