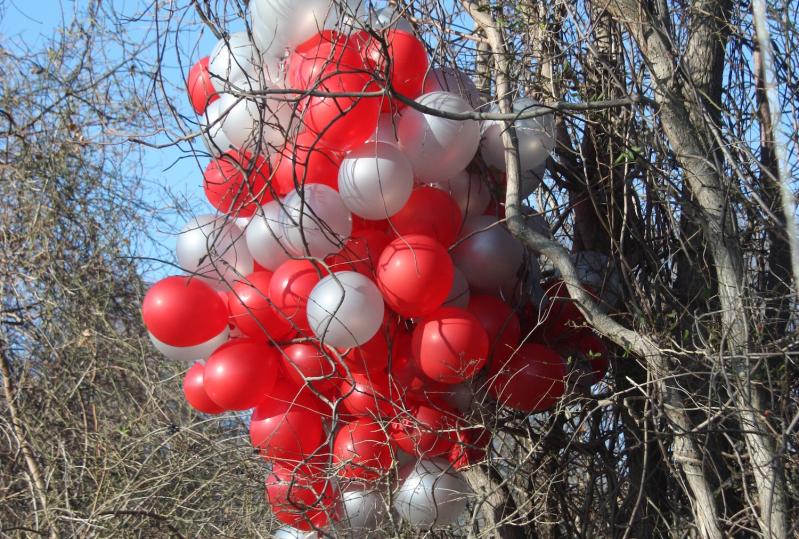 In banning the sale of helium-filled balloons, the East Hampton Town Board cited balloons’ impact on wildlife and the environment.
Durell Godfrey
By Christopher Walsh

As it had signaled following a public hearing in October, the East Hampton Town Board voted on Tuesday to ban the sale of balloons filled with helium or any other type of lighter-than-air gas. The prohibition will take effect on Jan. 1.

Having voted to prohibit the intentional release of balloons in 2019, the board this week voted to modify that section of the town code to add the prohibition on “any person, firm, corporation, or other entity” engaging in “the sale or distribution of Mylar, foil, and/or any balloons filled with helium or any other type of lighter than air gas, whether for public or private use.”

The board cited balloons’ impact on wildlife and the environment. While they are a popular accessory at celebrations such as birthdays, weddings, and graduations, their effect on wildlife can be lethal. They are often mistaken for squid, jellyfish, or other prey, and their ingestion is hazardous to marine mammals, sea turtles, and birds. Animals can also become entangled in the ribbons commonly affixed to balloons, which can cut deeply into their flesh or strangle them.

The board’s vote followed remarks by Jenna Schwerzmann, coordinator of the Surfrider Foundation’s eastern Long Island chapter, who called to “re-emphasize our support” of a ban. “Our volunteers regularly pick up balloon debris from East Hampton beaches,” she told the board. A ban on their sale “is necessary for keeping our oceans and beaches clean.”

Councilman David Lys told his colleagues that he sees “a lot of things through the lens of my kids.” While he was initially disinclined to support the ban, discussions with his children and his seeing discarded balloons at the beach changed his mind, he said. The ban is “good for the kids and the environment that they will inherit from us,” he said.

Councilwoman Kathee Burke-Gonzalez said that she, too, was “a doubter going into this,” but a discussion with Aubrey Peterson, adviser to East Hampton High School’s environmental awareness club, and testimony in support of a ban by students at the John M. Marshall Elementary School and the Avenues Studio school had persuaded her.

Supervisor Peter Van Scoyoc spoke of spending free time on his boat, “usually miles from land,” where “the amount of garbage really is astounding” and almost always includes Mylar or latex balloons, often with ribbons attached.