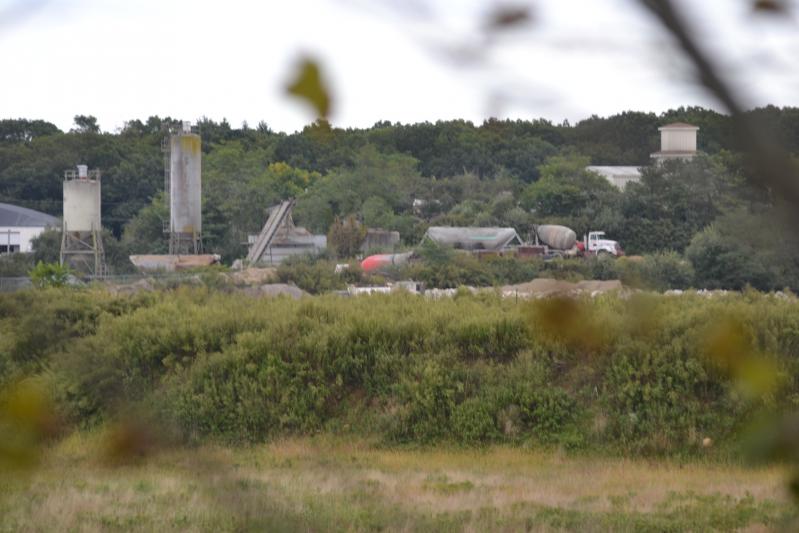 The sand pit in Wainscott in 2018.
David E. Rattray
By Christine Sampson

Groundwater contamination in the hamlet of Wainscott was not caused by a 70.5-acre former sand and gravel mine in that hamlet, according to a new determination by the New York State Department of Environmental Conservation.

The D.E.C. downgraded the site from a "potential inactive hazardous waste site" to an "N" site, meaning "no action is required at this time," according to a press release issued last week by the Wainscott Commercial Center, which partially occupies the site.

The D.E.C. has been investigating the cause of groundwater pollution in Wainscott, which has shown up as perfluorinated or polyfluoroalkyl substances (known as PFOAs), volatile organic compounds, herbicides and pesticides, and/or 1,4 dioxane. Since pollution was discovered in well water in 2018, much of Wainscott has had water mains installed, and a special water district was established to fund the necessary improvements.

Little is known about the adverse health impact of PFOAs, which are categorized as "emerging contaminants." East Hampton Town is embroiled in a class-action lawsuit brought by Wainscott residents over the pollution.

The town has launched a suit of its own against the Wainscott Sand and Gravel company that operated the mine, several local fire departments, and the companies that made a particular kind of firefighting foam, thought to be a cause of the pollution from its use at the nearby firefighter training facility and the East Hampton Town Airport.

The conclusions by the D.E.C. "remove any doubt there have been no adverse impacts to the groundwater or soils from any of the limited prior and current uses at the site," David E. Eagan, an attorney representing the commercial center, said in a statement. "The Wainscott Commercial Center, like scores of other property owners in and around Wainscott, are victims of and not legally responsible parties under New York law with respect to, the widespread PFAS contamination."