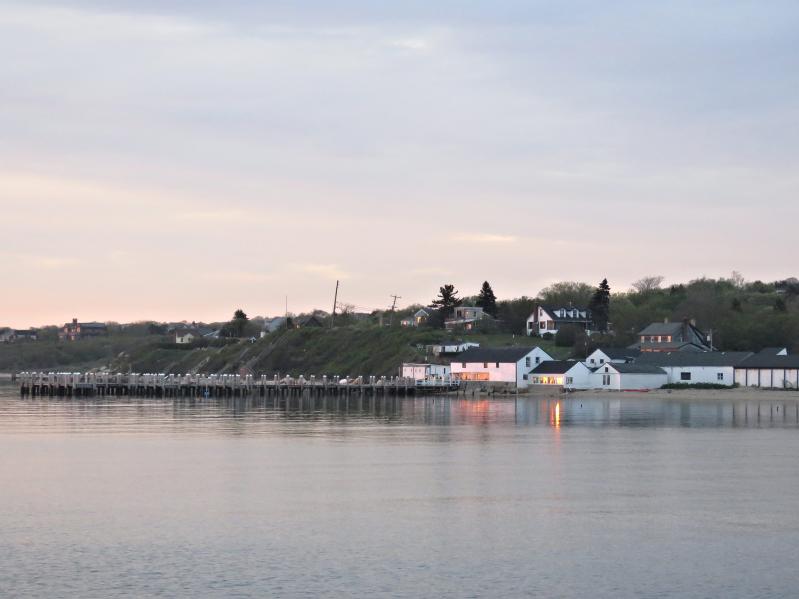 The battle over the Town of East Hampton’s settlement with Duryea’s Lobster Deck, which a State Supreme Court judge suspended last month, continued at a meeting of the town’s zoning board of appeals on Tuesday.
By Christopher Walsh

Attorneys for Marc Rowan, the billionaire investor who purchased Duryea’s Lobster Deck on Fort Pond Bay in Montauk in 2014, and his neighbors in the Tuthill Road Association disagreed sharply over jurisdiction at Tuesday’s meeting of the East Hampton Town Zoning Board of Appeals, which is considering rescinding the certificate of occupancy issued in February as part of a global settlement of multiple issues related to the property.

Mr. Rowan has also asserted that Supervisor Peter Van Scoyoc told him during consultations last year that he should file suit against the town because “politics and public pressure” prevented the town from negotiating a resolution. Mr. Van Scoyoc yesterday called that a mischaracterization and “not true.”

Last month, a New York State Supreme Court judge issued a temporary restraining order suspending implementation of a January settlement between the town and Duryea’s, following an outcry that prompted the town board to hire outside counsel to advise it on litigation involving Sunrise-Tuthill Properties, corporations affiliated with Mr. Rowan. The settlement was to resolve three lawsuits filed against the town last year: one to have the court compel the town to issue a certificate of occupancy to legalize existing uses and structures; a second asserting that the town has no jurisdiction over the property’s dock, underwater lands, or shoreline fortification structures, and a third that would change the zoning for a portion of the property from residential to waterfront business.

The settlement was signed by Michael Sendlenski, who was then the town attorney, and not the supervisor. The town’s outside counsel later argued that the stipulation of settlement was invalid and should be vacated because the board did not vote on a resolution authorizing the settlement before it was finalized.

Mr. Rowan subsequently filed two additional lawsuits, one seeking to compel the Town Building Department to issue a building permit for the installation of a new, alternative septic system, the other to prohibit the zoning board from rescinding the certificate of occupancy.

On May 15, Justice David Reilly directed that the certificate of occupancy remain in place pending further order of the court, and that Duryea’s “is ordered and directed to operate that facility in the same manner that it has operated it over the last two years. And if that is inclusive of a small additional deck, it is allowed to do so.”

The latter statement underscores neighbors’ frustration and fears of expanding use on the property, which they say already encroaches on their own properties in the form of increased traffic, pollution, and environmental damage.

At Tuesday’s zoning board meeting, Gayle Pollack, an attorney representing Mr. Rowan, sought to prevent the hearing from even taking place, arguing that the board did not have jurisdiction to hear an appeal of the issuance of the certificate of occupancy. The town code, she said, “does not provide the zoning board of appeals with statutory jurisdiction over issuance of a C of O in this case, because there were no zoning determinations made.” The settlement states that a certificate of occupancy “will be issued without the need for site plan approval” or additional permits or variances, she said. The Tuthill Road Association, Ms. Pollack said, “does not get another bite at the apple.”

In response, Jonathan Wallace, an attorney representing the Tuthill Road Association, said that he was “officially angry.” In fact, he said, Mr. Rowan’s representatives had unsuccessfully sought a temporary restraining order barring the zoning board from hearing the neighborhood association’s appeal. Ms. Pollack, he said, “forgot to mention that the court specifically denied that T.R.O. and said this meeting should go ahead.”

More pertinent, he said, was a 1997 zoning board decision that held that a restaurant on the site was not a pre-existing use, and that there had never been table service; rather, that the only pre-existing nonconforming use on the property was a fish market. “Takeout was tolerated over the years,” he said of the business, at which cooked lobster and other food could be ordered and taken by patrons to a table. “What we are facing again today in no way is pre-empted by the 1997 decision,” he said, describing “a sit-down restaurant of unknown but apparently ever-expanding size, with new decks being built for restaurant service as we speak.” Mr. Rowan’s team, he said, “seems to claim they won the 1997 decision. They lost it, the restaurant was denied. Here we are facing installation of a large sit-down restaurant with waiter service once again. We have a situation in which the word ‘lawless’ applies quite well.”

That brought an angry retort from Michael Walsh, another attorney representing Mr. Rowan, who accused Mr. Wallace of making “boldly inaccurate statements.” Mr. Wallace, he said, “is talking about a dining deck and seafood shop where food is prepared and eaten while people are sitting on the dining deck. That has been there for over 75 years in its present configuration.”

The dispute, Mr. Walsh insisted, was in fact “a blood feud” that has existed since 1971, “as best we can tell, between this group and their membership and the Duryeas. My client inherited the problem.” Duryea’s needs neither special permits nor review under the State Environmental Quality Review Act because “we’re running what your board called a legal and longstanding outdoor area for consumption of food on what was formerly a concrete pad, now covered with wood, fully permitted, with a certificate of occupancy.”

The new septic system, Mr. Walsh said, is “the only construction that Duryea’s is going to undertake” under a pending site plan application.

After long back-and-forth discussion between the attorneys and members of the zoning board, and complaints about the property voiced by several residents of Tuthill Road as well as George Watson, a business owner in the hamlet, the hearing was closed. The record would remain open until June 25 for additional submissions, said Roy Dalene, a board member, who was presiding as John Whelan, the chairman, had recused himself. Mr. Wallace would then have two weeks to respond to any submissions, he said.

Mr. Van Scoyoc said yesterday that Mr. Rowan’s characterization of their discussions was inaccurate. Mr. Rowan, he said, “was told that he would have to pursue the same process through planning and zoning that any other person would have to do, to do the things he wanted to do.” The town’s position, he said, was and remains that under the zoning code it has authority over all aspects of the property. If Mr. Rowan “wanted to pursue that further, it would have to be done through the courts,” he said. “Our position has been all along that the town zoning laws apply, and that he’d have to conform to that process and those rules.”