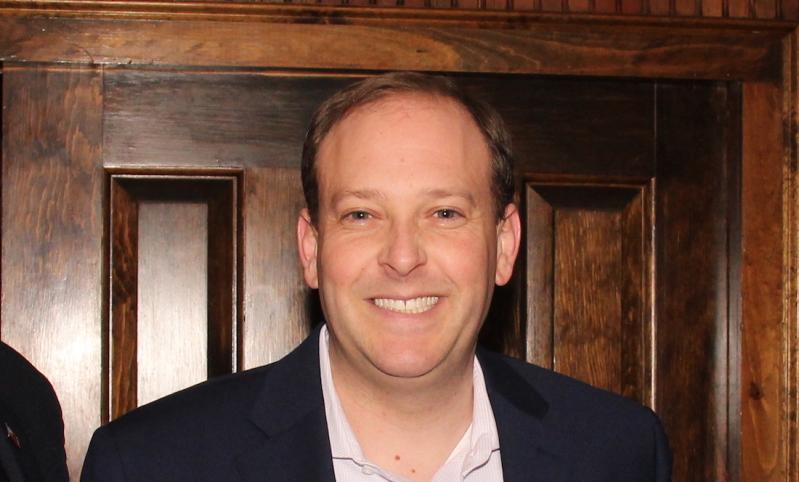 Representative Lee Zeldin has announced he will run for governor of New York.
Durell Godfrey
By Christine Sampson

Representative Lee Zeldin of New York's First Congressional District on Thursday announced he will seek the Republican nomination in the next gubernatorial election, which is in 2022. The move fulfills speculation over the last several weeks that he was exploring mounting such a campaign.

"New York has had enough," Mr. Zeldin said in an email to supporters. "In Andrew Cuomo's New York, businesses are shuttering, senseless violence is rising, and New Yorkers are packing up and fleeing. We can't survive any more of Andrew Cuomo."

Mr. Zeldin, who was an ardent backer of former President Donald Trump while he was in office and during the 2020 presidential election cycle, was re-elected to Congress in 2020. His campaign email on Thursday morning included a link to Zeldinfornewyork.com, where people can sign up for automatic monthly donations to his campaign. The website refers to Governor Cuomo as "a disgrace" and seeks pledges for its "fire Cuomo money bomb."

"It's time we restore our New York and save our state," Mr. Zeldin continued in his announcement. "I want New Yorkers to have a state they can be proud of again."

He already has backers in G.O.P. committees in Suffolk and Nassau Counties. Jesse Garcia, chairman of the Suffolk G.O.P., said in a statement on Wednesday that New York "is at a crossroads." He denounced Governor Cuomo as a liar and a bully.

"If we're going to turn his ship around, we need Lee Zeldin at the helm," Mr. Garcia wrote. "Lee is a veteran, former prosecutor, family man, and lifelong New Yorker who will work hard and effectively to reverse Albany's attacks on our wallets, our safety, and our freedoms."

Governor Cuomo has been under attack for his policies on Covid-19 as it pertained to nursing homes and group care settings and has been accused of sexual harassment by numerous women in recent weeks. He has not yet formally announced whether he will seek re-election.

Petition to Speed Up Sand Replenishment in Montauk
Artistic Portraits of M.L.K. Up for Auction on Saturday
Wine Tasting for Lions Club
END_OF_DOCUMENT_TOKEN_TO_BE_REPLACED