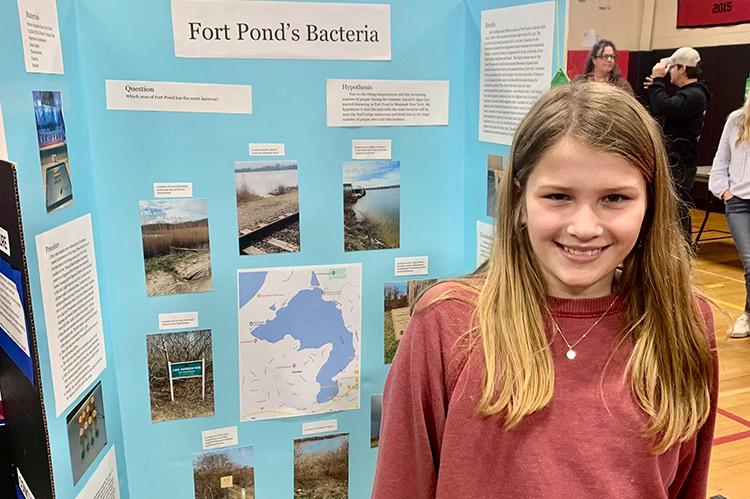 Elle Reidlinger is a sixth grader at the Montauk School.
Whitney Reidlinger
By Christine Sampson

The Concerned Citizens of Montauk may very well have a future scientist right in their own backyard. Elle Reidlinger, a sixth grader at the Montauk School, recently received an honorable mention award — equivalent to second place — at the Brookhaven National Laboratory’s Elementary School Science Fair.

For her project, titled “Fort Pond’s Bacteria,” Elle selected eight key locations around the perimeter of that water body, and tested the water for the presence of E. coli bacteria at each one. The result? Of her eight Fort Pond sites, she found the highest bacteria count in the vicinity of the Surf Lodge, even while it was closed for the winter season. Elle said she got the idea for the experiment after her mother cautioned her not to go swimming in Fort Pond while visiting a relative who lives nearby.

In April, before heading to the regional Brookhaven event, Elle won her grade-level competition in the Montauk School’s own science fair, which was judged by C.C.O.M. staff. It was the third time Elle has won first place in the school fair.