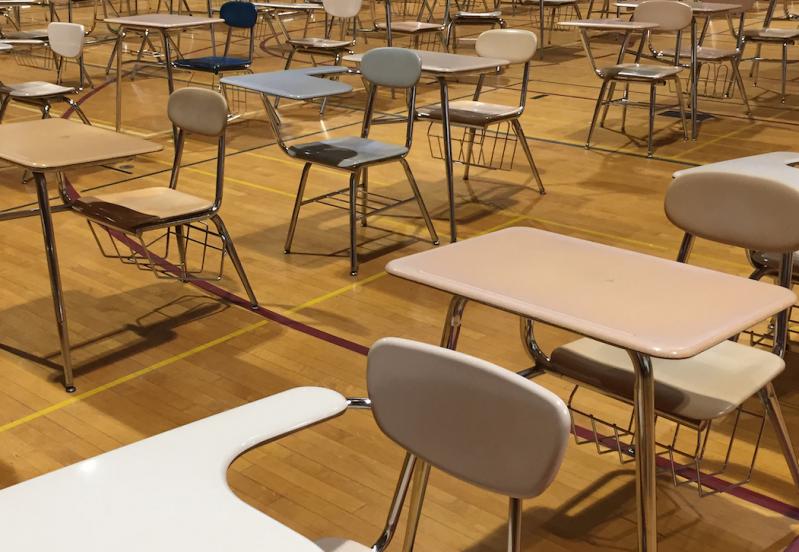 A statewide survey of teachers, school administrators, parents, business owners, students, and government officials shows a significant number of people favor scaling back or altogether dropping the Regents exams that have been a hallmark of public education in New York State for decades.

According to an extensive report published in November by the New York State Board of Regents, respondents by and large said they felt the exams “were no longer an adequate measure of student understanding.” Instead, they favored the creation of a new system of high school graduation requirements that give students more options for demonstrating their mastery of “21st-century” skills and knowledge. That would include digital communications, civic education, financial literacy, and soft skills such as collaboration and self-management.

“Stakeholders would like to see more experiential and work-based learning opportunities” for students, the report states, and “would like to see all students have the option to choose from several types of assessments” that connect “classroom learning to the world in which students live.”

Long Islanders, who make up about 39 percent of New York State’s total population, made up 8 percent and 11 percent of the participants in two working groups. Specific forums were also held for students only. The work began in the 2019-20 school year and was disrupted by the Covid-19 pandemic.

School officials here received the report — a 161-page document produced with a grant from the U.S. Department of Education and led by WestEd, a San Francisco education nonprofit — with cautious optimism.

Adam Fine, superintendent of the East Hampton School District, said he supports updating the focus of graduation requirements from Regents exams to a more thoughtful demonstration of preparedness for the real world of careers, higher education, social interaction, and civic responsibilities.

“We look at individual skills — being critical thinkers, the ability to communicate, showing creativity, leadership, initiative,” Mr. Fine said. “Those are the traits I see as success. One of those traits is not dominating Regents exams. Will a kid be successful outside of East Hampton High School? I do not revert back to their Regents scores. These are competency exams and in my professional opinion, they do not alone indicate college and career success.”

In the Bridgehampton School District, Mary Kelly, the superintendent, said she is “very supportive of the efforts that are being made to review the state’s graduation requirements, and the thoughtful, research-based approach that is being utilized to do so.”

Jeff Nichols, superintendent of the Sag Harbor School District, said with regard to testing practices, “I believe that students should be provided with multiple ways to demonstrate what they have learned.”

What that looks like remains to be seen, but the Regents report cites some examples of possibilities. For instance, in New Jersey, students can create portfolios — called “proficiency determinations” — to showcase what they have learned. In Pennsylvania, students have access to four types of diplomas, two of which still involve taking exams — there are three, as opposed to the five most students take in New York — in algebra, biology, and literature.

Researchers looked to certain high-performing states for some interesting ideas. In Ohio, students can aim for a diploma in social studies and civic engagement that includes a field work component, and a financial literacy class can count toward mathematics requirements. Rhode Island has officially made personal finance a graduation requirement for all students starting with the class of 2024.

Mr. Nichols’s viewpoint differed somewhat from Mr. Fine’s. “I believe the New York State Regents assessments are one measure of college and career readiness. It is clear that other programs,” such as the International Baccalaureate, “offer more rigorous courses of study that often better prepare students for success in whatever comes after high school.”

He agreed with his East Hampton counterpart with regard to the suggestion of work-based experiences in school. “Some type of internship program that provides students with a more thorough understanding of life outside of their school” would help, Mr. Nichols said.

The education buzzword “pathways” is relevant but complicated, referring to alternative options for diplomas for students with different learning needs, such as those studying English as a new language and those in special education programs. Educators have been suggesting for years that there needs to be more than one “pathway” for a student to earn a diploma.

Mental health was also a widespread concern among respondents. “Many stakeholders mentioned the stress associated with taking high-stakes, timed assessments such as the Regents exams. Students, in particular, noted how anxiety affects testing performance and is not the most effective way to showcase their strengths.”

Mr. Fine envisioned a system that could have students “majoring” in certain subjects later in their high school careers, but he said guidance departments’ practices would have to keep up. “Advisement would have to be at a different level, and earlier. But it may not be for all kids, so you keep the general track that we have now,” he said, “but we’ve been pigeonholed for so many years. I’m welcoming the suggestions.