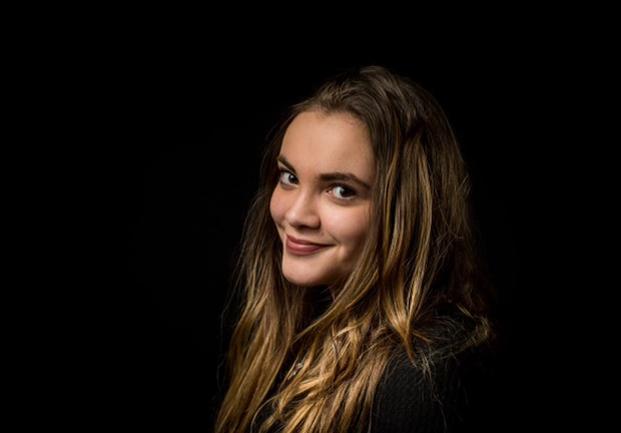 When school starts up again in September, Hope Hamilton will have quite the "how I spent my summer vacation" story to tell.

The rising Ross School senior made her professional theater debut this month in the ensemble of Bay Street Theater's production of "Camelot." Hope, who turned 18 this week, described it as an exhilarating experience so far.

"It's crazy. This is my first professional production, and it's also Bay Street's first full musical in two years, so it's really special for me," Hope said. "I've done tons of community theater, but I'd never done a professional show. It's a different and enriching experience."

The days are long and filled with lessons about what it takes to succeed in musical theater. "Since it's my first time doing a run longer than three days, it's definitely quite the learning curve," Hope said.

Her previous credits include the role of Marmee in "Little Women" and Katherine in "Freaky Friday" with South Fork Performing Arts, as well as roles in school productions of "Fame," "Annie," "Over the River and Through the Woods," "Alice in Wonderland," and more. Also a budding writer, two of her original plays were chosen for staging by the Young Artists and Writers Project High School Playwriting Festival at Stony Brook Southampton's Avram Theater. She also plays the piano, guitar, bass guitar, ukulele, and viola.

Hope is the daughter of Stephen Hamilton and Emma Walton Hamilton, two of the founders of Bay Street Theater about 30 years ago. Hope said she looks up to her parents and to her grandmother, Julie Andrews, "who has this amazing story. She came from a time during the war . . . and she still managed to create a name for herself doing something she loved. That is really inspiring to me." Ms. Andrews originated the role of Queen Guinevere in the original production of Camelot in 1960.

"It's such a gift to us to be able to celebrate our daughter making her professional debut" with Bay Street, Ms. Walton Hamilton said. As of this week she has already seen it four times, "and I intend to see it quite a few more times," she said. "It's such a magical experience because it's outdoors. It's kind of like 'A Midsummer Night's Dream.' The trees are lit up and the sun sets during the performance."

"Camelot," which is performed on a Bridgehampton property outfitted with a special stage, has been extended through Sept. 5. Information on show times and tickets can be found at baystreet.org.

Hope said her goal is to pursue musical theater as a career and seek roles "that have a lot of character."