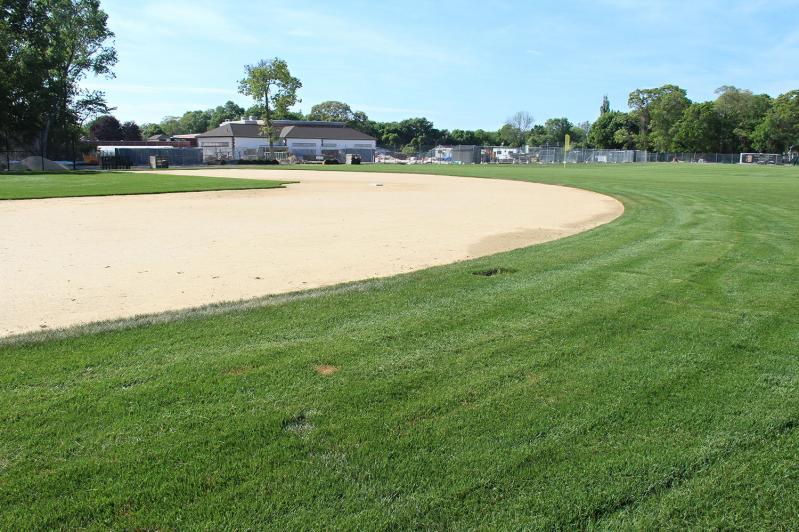 After someone drove an all-terrain vehicle across the brand-new baseball and soccer fields at the Springs School, the school board agreed Monday that a fence and security cameras should be installed to monitor the campus more closely.
Durell Godfrey
By Christine Sampson

Springs School officials want everyone to know they can't use the school's brand-new soccer and baseball fields just yet because the sod is too fresh, and they want all-terrain vehicle drivers to know that there cannot be any riding across the fields at all.

To that end, the district will soon erect a fence around the new fields and will install security cameras at key places -- with an eye to catching the license plates of offenders.

"It would be nice to have it all open, but we have to be looking after our investment and making sure that it's not getting damaged," Barbara Dayton, the school board president, said by phone on Tuesday.

Board members informally agreed on Monday night that the school's architectural firm, BBS, should proceed with vetting contractors who provide cost estimates for fences and cameras. A four-foot chain-link fence with an access gate for lawn mowers would cost approximately $50,000. The cameras, which require the installation of underground equipment, would cost between $60,000 and $65,000. Timing is sensitive on the latter item, as school officials do not want to pave the parking lot before trenches are dug for the camera cables.

The two projects would be covered by a small pot of money the district expects to have left over from its $23 million renovation and expansion, which should be completed within the next three months. The cameras and fencing emerged as priorities from a list of four possible projects. The others were a new bus barn building, and campus beautification.

"Even if you do a prefab building, that's not inexpensive. We're focusing on what's good for kids -- safety," said Debra Winter, the district superintendent. "There is going to be some shrubbery, maybe not as much as the community would like to see initially, but we'll evaluate that as we go along. I want to get the community involved in beautification. Rome wasn't built in a day -- you can do that over time."

An A.T.V. incident happened sometime between the night of Friday, May 14, and the morning of Monday, May 17, when a sprinkler company came to work on the field and discovered damage. Ms. Winter reported the incident to Sgt. Ken Alversa of the town police, who is a school resource officer.

The damage was minimal, Ms. Winter said Tuesday, but it was not the first time the hamlet of Springs has seen A.T.V.s cause havoc. Right in the midst of the Little League baseball season, in May 2019, The Star reported that someone in an A.T.V. had torn up the Maidstone Park field, leaving it unplayable for a few weeks. An arrest was made in that incident after a witness reported a partial license plate number to police.

"Right now, until that sod takes, it's very important that people stay off the field," Ms. Winter said. "We're told that if all goes well, we can use those fields in September."

There is and will continue to be a permit process through which residents and local groups can apply to use the fields, which are off limits while construction is underway.

On Monday, the school board also received word that proposals for a big upcoming construction project have come in mostly under budget. The replacement of the school roof, approved by voters on May 18, was estimated at $1.1 million, but bids came in between $800,000 and $900,000.

"That's at or under budget, which is excellent given the economy," said John Longo, an architect with BBS.

Separately, for the kindergarten playground, one of two playgrounds that are being renovated right now, Springs received bids averaging $300,000.

This article has been updated to correct the playground construction estimate.