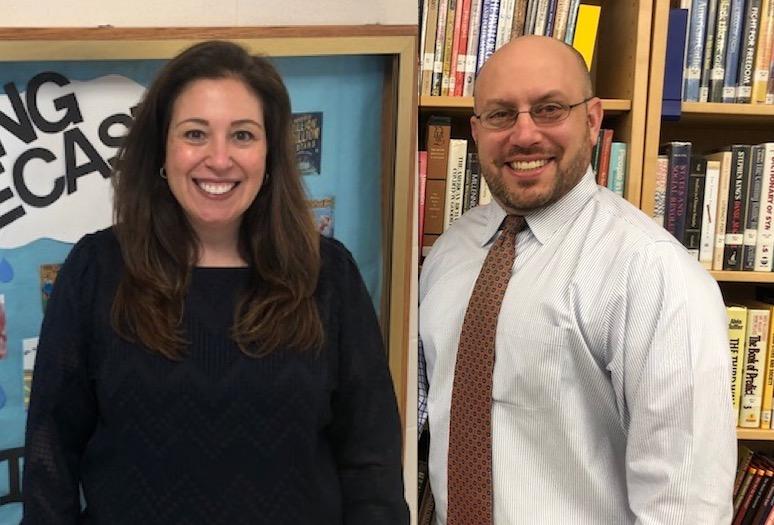 The East Hampton Middle School has a new face, sort of, in the principal's office. Adam Fine, who was East Hampton High School principal for 10 years and is now the assistant district superintendent, is filling in for Charles Soriano, who is out on medical leave through the end of the school year.

In a message to parents, Mr. Fine said he is "honored to fulfill the role of middle school principal" until Dr. Soriano returns.
The timing of the temporary administrative move comes just as the district is in the midst of plans to return all students full time to in-person learning.

"I look forward to continuing Dr. Soriano's work for the remainder of the year and making the middle school spring back to life with the return of all the students!" said Mr. Fine, who is slated to become the district's superintendent next school year.

Karen Kuneth, who has been serving as interim elementary school principal at the John M. Marshall Elementary School since October, has been formally appointed to the principal's post. The East Hampton School Board unanimously approved the appointment on Tuesday.

Shortly before her appointment, she announced that the elementary school had reached a milestone last week: Every student has a laptop or similar piece of technology to use for remote class time.

"I'm absolutely delighted to share with everybody that we are officially . . . from kindergarten through fifth grade a one-to-one school," Ms. Kuneth said. "We've been working hard getting laptops for each individual student."

Additionally, she said, each classroom now has a sanitizing unit where laptops can be stored and disinfected overnight. She recognized the district's instructional technology staff for their expertise and efforts.