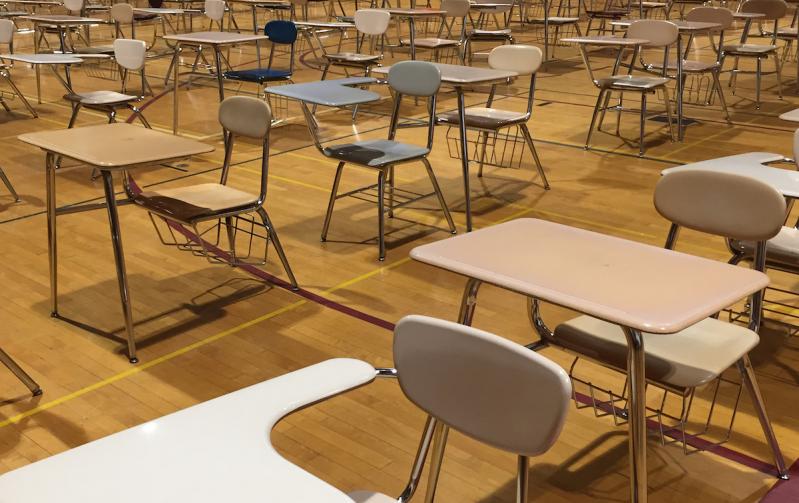 As New York State officials press the federal government for a waiver that would allow schools to skip standardized tests for the second year in a row, administrators here are busy preparing to give the tests, just in case the waiver doesn’t come through.

According to the State Department of Education, the exams have already been modified in light of Covid-19. Instead of the usual three days of tests in grades three through eight, the math and English language arts exams have each been condensed into one day. The hands-on field component of the fourth and eighth-grade science tests has been eliminated. Students can still opt out of the tests if their parents submit that choice in writing.

Because of pandemic-related classroom capacity issues, the Springs School "will not be able to accommodate those students who refuse to take the test by having them read in a separate location, so those students will have to stay home, Debra Winter, the Springs superintendent, said by email this week.

"It's my hope the federal government will rethink testing this year," she added.

The state outlines a general time frame for the tests to be given. The English exams must take place between April 19 and 29. Math tests will happen between May 5 and 14, and the science exams between June 7 and 11.

Seth Turner, the Amagansett School superintendent, explained during a board meeting last week that state education officials had surveyed schools to find out what kinds of testing tools they already use to measure students' progress. Administrators hope the federal government finds those internal measurements sufficient, he said.

In Amagansett, which goes through the sixth grade, Mr. Turner said that "where this is a real problem now is, the state is telling us that schools are required to administer the tests, but children are not required to take the tests. This is going to be unusual."

Officials in the East Hampton School District are planning the logistics of the exams. So is Michael Miller, principal of the Bridgehampton School, who sent a letter to parents last Thursday urging them to allow their children to take part in the tests. "No new instruction" will take place on the days the tests are administered, he wrote.

"Our district uses the data to see which groups of students are progressing or regressing," Mr. Miller wrote. "This will assist in determining the best instructional program to meet their needs. As such, it is important for the school to have as many students participate in these assessments as possible."

Also in play are high school Regents exams at the end of the school year in June and in August. The state has already canceled most of the June tests, leaving in place just one math test, two science tests, and one English test, and the August tests have been canceled altogether. Seniors are normally required to pass a certain number of Regents exams for graduation, but as long as they are earning credit for the courses that would normally have culminated in Regents exams, they will again this year be exempt from that graduation requirement.

Betty A. Rosa, Commissioner of the State Education Department, said in a letter to families that the changes "provide fairness for our students. However, we remain hopeful that the U.S. Department of Education will provide the necessary waivers to allow our educators to engage in the important work of fostering a safe and healthy learning environment for each child in New York State."

A Reminder From PSEG About Digging
Petition to Speed Up Sand Replenishment in Montauk
Artistic Portraits of M.L.K. Up for Auction on Saturday
END_OF_DOCUMENT_TOKEN_TO_BE_REPLACED