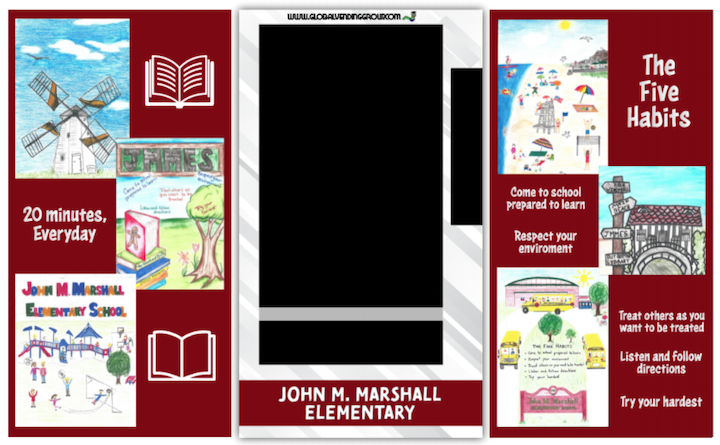 Students at the John M. Marshall Elementary School in East Hampton surpassed a milestone last week. Collectively, all students have spent more than one million minutes reading books during this school year so far.

Students read for at least 20 minutes each day, then log their time on an internet worksheet provided by the school. The students met the same mark last year, which was the first year the school began keeping track, according to Russell Morgan, the assistant principal.

“The one-million-minute mark is an impressive feat,” he said, adding that he as well as Beth Doyle, the principal, and the school staff “continue to be tremendously proud.”

Initially, as a celebration of the milestone, school leaders had planned to unveil the new book vending machine that the students have been raising money for over the last several months. However, that will wait until September, Mr. Morgan said. Instead, the teachers honored the students by creating a lip-sync video to the song “Sweet Child o’ Mine” by the band Guns N’ Roses, with each teacher “singing” a few lines.

“Our hope was to honor our students for their dedication to reading, while also having some fun and hopefully making our families smile,” Mr. Morgan said.

It features original articles about Covid-19, basketball, board games, and Pokemon, along with poems and scannable QR barcodes that link to videos made by the students. There is a link to the magazine on the district’s website, bridgehamptonschool.com.