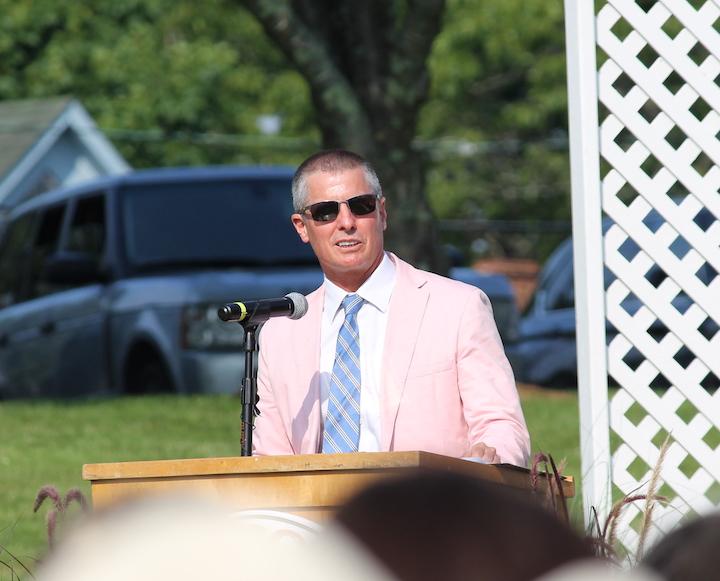 After serving for 20 years as principal at Pierson Middle and High School, and as interim superintendent since mid-March, Jeff Nichols, who led a controversial initiative to bring the International Baccalaureate program to the high school in 2012, will assume the role of Sag Harbor District superintendent.

The Sag Harbor School Board on Monday voted unanimously to appoint him to a five-year contract. He began his role at Pierson in 1997 as dean of students, hired by the principal at the time, Robert Schneider, and became principal upon Mr. Schneider’s retirement in 2000.

“Over the years, Jeff Nichols’s commitment to put students first has earned him the trust of students, parents, colleagues, and community members alike,” said Jordana Sobey, the president of the school board. “He possesses a strong commitment to fiscal responsibility along with a heightened awareness of education issues both locally and on a national level, and has demonstrated the ability to view the future through the lens of a leader. His institutional knowledge of our school district and positive relationships with our community will continue to be a critical asset as he transitions into his new role.”

Mr. Nichols, who will continue to serve as Pierson principal while working as the district superintendent, is the permanent successor to Katy Graves, who stepped down from the post in December after more than five years as superintendent. Eleanor Tritt, the former chief administrator of the Westhampton Beach and Amagansett School Districts, served as interim superintendent for several weeks before Mr. Nichols stepped into the role on March 18. He was briefly the acting superintendent immediately after Ms. Graves left.

The district has been working with the search firm School Leadership since the fall of 2019 to find its next superintendent.

“I enjoy working in Sag Harbor and consider it a privilege to work with administrators, faculty, and staff who are talented and dedicated to preparing our students for the future,” he said in a statement. “I feel especially fortunate to work with students who are kind, compassionate, and willing to work hard to achieve their goals. We have much to be proud of, and I look forward to a future filled with new opportunities for success.”

In 2005, after Sag Harbor administrators decided to unionize in a split vote, Mr. Nichols became that union’s first president. Later, in 2013, he was part of the administrative team that organized a successful bond referendum for a new athletic field, auditorium renovation, and other upgrades at Pierson.

Mr. Nichols will earn $265,000 as superintendent, according to his new contract. He did not earn extra compensation during his tenure as interim or acting superintendent. His most recent salary as principal was $233,435.

East Hampton Samples Are a Crucial Contributor to Lyme Test
Ready to Adopt a Pet? ARF Is Ready, Too
Guild Hall's Curator Visiting Studios Virtually Through June
Seeking Stories and Images From the Time of Covid
END_OF_DOCUMENT_TOKEN_TO_BE_REPLACED