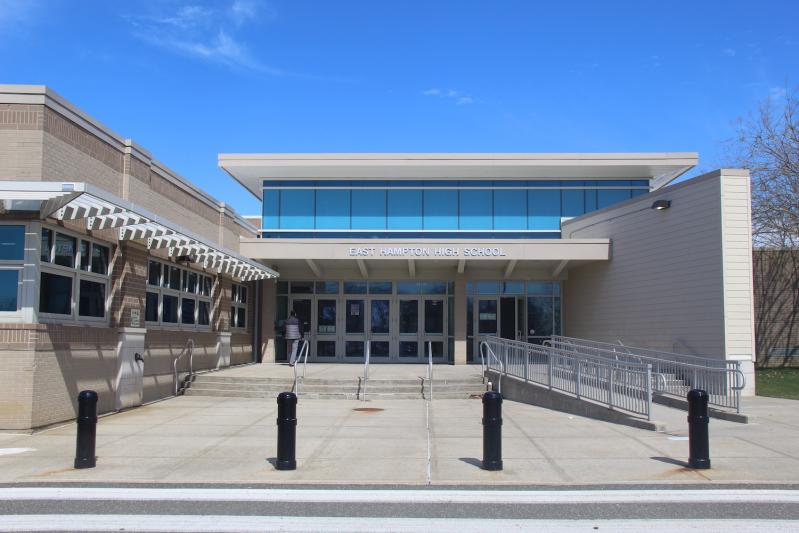 The East Hampton School Board has given the district superintendent, Adam Fine, the green light to explore bringing back adult education programs — with one caveat.

“It would be helpful for the community, as long as it’s not competing with a local business,” J.P. Foster, president of the board, said during its meeting Tuesday night.

It has been quite a few years since East Hampton had a robust lineup of adult programs, such as bookkeeping and computer classes, defensive driving, a notary-certification course, and even a class on building one’s own fishing rod. Christina DeSanti, the board’s vice president, said she herself had taken some of the classes, but that they fell by the wayside when several offerings — yoga and Pilates, for example — began to compete with businesses here. If the classes return, she said, she would like to see one on financial literacy for young adults.

The onset of the state’s 2-percent tax cap didn’t help, as many school employees lost their jobs and the program found itself without a coordinator.

Mr. Fine explained that a handful of community members have reached out recently with inquiries, suggesting programs such as Spanish language classes, news literacy, writing, and cooking.

The school board also heard a presentation from the high school’s Life Skills special-education program, in which students with disabilities and varied educational needs receive lessons not just in academic subjects but also in day-to-day living, interpersonal, and career-oriented skills.

Building on the success of the unified basketball sports program — a countywide initiative in which special-ed students and their general-education peers play games together against other schools — the district announced that a new program in unified bowling is beginning this year, and that music teachers have been “pushing in” to special education classes more frequently to offer a similar experience.

“I get to work with some of the most amazing students in our school, that bring so much joy to our lives every day, and I absolutely adore them,” said Krista Sanniola, who teaches the Life Skills program alongside Ethan Mitchell, with the help of many teacher aides, paraprofessionals, therapists, counselors, and nurses. “We never know what to expect. There are so many challenges that we face every day, but we overcome them by being extremely patient, flexible, and working as a team.”

Mr. Mitchell said that the high school’s Inclusion Recreation Club now has around 100 active members from among the general-education population, who play games and work in the school garden with the Life Skills students and generally serve as good role models.

The board also heard from Margaret and Danny Lester, whose son Sean is in the Life Skills program and plays on the unified basketball team. “We were always, since he was little, looking for something to do,” Ms. Lester said. Sean “sees his older brother going out to football practice, baseball practice, out with his friends . . . and now all of a sudden he’s putting on a jersey, playing with his brother on the same team. It made a big difference.”

“We can’t thank you all enough,” Mr. Lester told the board and teachers.

In other school board news this week, the board approved more than $1.15 million in budget transfers, primarily to pay for drastic increases in health insurance costs.

School officials explained that the transfers, which came from areas of the budget with unspent money, were necessary thanks to a perennial predicament: The district budget is prepared and approved in the spring, but health insurance rate increases aren’t published by the State Insurance Program until late fall, so it’s hard to make an accurate estimate of the actual costs.

Sam Schneider, assistant superintendent for business, told the board that rates had increased by 15 percent for family plans and 22 percent for retirees. It’s “the largest increase I’ve seen in my career,” he said. “We cut here and cut there, without affecting student outcomes or student programs, in order to make this transfer possible.”

The district also announced that 24 of its English as a New Language students have passed a state proficiency test certifying them as bilingual. A celebration was held to celebrate the “huge accomplishment on their part,” said Sara Smith, the high school principal.

Charles Soriano, middle school principal, announced that the annual Great Thanksgiving Give Back event delivered “five shopping carts full of groceries” to the East Hampton Food Pantry just before the recent holiday. It was organized once again by Lea Bryant, the health teacher, and Barbara Tracey, the school nurse. The school’s faculty and staff raised $1,000 in donations, and the East Hampton Teachers Association donated another $500, all of which went to the food pantry.

“Many kids don’t even know it exists, or understand the food insecurity that exists right here in East Hampton,” Dr. Soriano said. “It was a great service-learning experience for everyone involved.”