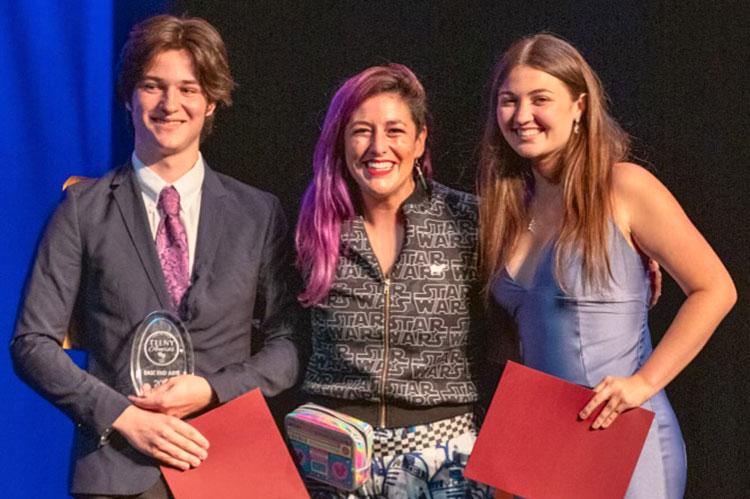 After Sunday's ceremony for the 2021 Teeny Awards, given by East End Arts to artistically talented high schoolers, two South Fork students walked out of the Westhampton Beach Performing Arts Center with awards for dramatic performances of note.

Best supporting female in a musical or mini-musical went to Zoe Richardson in the role of One-Eyed Pete in "Take Ten!" at Pierson High School in Sag Harbor. Zoe was also given special recognition with a judges' choice award for her performance of "Dream a Little of Me."

The award for outstanding performer in a play -- musical/mini-musical or musical revue -- was a tie between Brenna Kiernan of Rocky Point and Silas Jones in the role of Dance Captain in "Anything Goes" in "Pandemic Pandemonium of 2021," a musical revue at East Hampton High School.