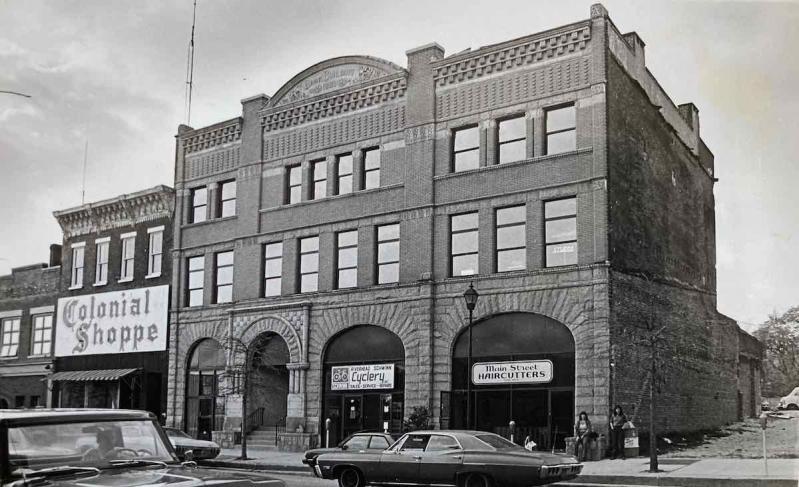 Riverhead has, for a long time, had a bad reputation.

“As a Riverhead resident,” says Joshua Whalley, who sells real estate there and moved back to Riverhead, his old hometown, in 2015, “I know there are some parts that are not attractive. If you have a bad experience, you never forget it and it stays with the conversation forever, like a bad Yelp review.”

When people on the South Fork talk about Riverhead, they still often bad-mouth it, mentioning the traffic, the blighted buildings, the poorer neighborhoods, the less-than-mansion-like housing stock. For decades, East Enders feeling the pinch from out-of-control real estate prices have felt the pull of Riverhead’s affordability, but declined to go west: “It’s a great price,” they’d say, “but it’s in Riverhead.”

Now, however, people who have spent decades on the South Fork are increasingly finding shelter in Riverhead and loving it so much that the narrative is starting to change.

Cristina Keerd is one of those people. “I’ve lived in East Hampton, Southampton, Sag Harbor, Hampton Bays,” said Keerd, an aesthetician at the Scarlett Rose salon in Sag Harbor, “always kind of renting, paying a lot in rent, but always in areas that didn’t really have that much going on if it wasn’t the summertime.”

In 2020, she found a new apartment building on Main Street in Riverhead. “ I went to see it and thought it was beautiful,” she said. “I loved the location. I signed a lease and I’m really happy here, and I can’t imagine living anywhere else.”

Keerd can do a lot of things most South Forkers, in their expensive houses, cannot: She can walk to coffee shops, a bagel store, a brewery, a gym, and a yoga studio.  She goes down to the Peconic River almost daily. “I think it’s a great place for everybody,” she said.

Whalley is a Riverhead booster, too. If ever a man’s dream was to raise a family in his hometown, Whalley is living the dream. When he was growing up in what was then the county seat,  in the 1980s, he said, it still felt like small-town America. “As a kid, when we went school shopping, we went to Sweezey’s or you drove to the Smith Haven Mall in Lake Grove,” said Whalley. “It was community-owned stores. We had to go west for almost everything.”

It wasn’t perfect, but it was home. By the time Whalley returned to Riverhead in 2015 after eight years in the U.S. Army, it had become a different place, blighted by the big-box sprawl along Old Country Road and the decay of the old Main Street district that has inevitably followed the arrival of Walmart and Costco in communities across America. But, today, he says, things are on a decided upswing. Riverhead is “in the middle of an unprecedented period of change,” he said.

In January, New York State Gov. Kathy Hochul announced that Riverhead will receive a $10-million grant for downtown revitalization as part of a $200-million annual commitment to breathe new life back into economically depressed regions.

“In the 1960s and ’70s, it was a vibrant and vital downtown. It was basically the economic center of the East End,” said Assemblyman Fred W. Thiele Jr. “What happened? The county government moved to Hauppauge, and it became a ghost town. I think it’s had an adverse economic impact, but also an adverse social impact. Riverhead has worked for decades to try and reverse that trend of a declining downtown . . . and things are finally starting to turn around. This state grant, I think, will be the catalyst.”

Watching real estate is one way to take the temperature of a changing community, and the real-estate picture in Riverhead has changed markedly over the last two years. Whalley closed a deal in March of 2020 — just as alarm was spreading about the Covid-19 pandemic — in which a Riverhead house in the $400,000 range sold after about 180 days on the market. That time frame and price were typical then. Today, he said, a house like that is more likely to sell for around $500,000 and in more like 30 days.

Riverheard is still anecdotally considered an affordable alternative to the Hamptons, but buyers eyeing property there are scrambling to qualify for mortgages as interest rates rise. Everyday folks, Whalley says, are at risk of getting priced out of a market that’s growing not just because of the eastward migration that happened because of Covid-19, but also because Riverhead itself is rising.

“Fear of change is the one thing that will keep us small,” Whalley said. “We have to be open to change. It’s coming. You can either have a say in it and get involved, or you can take a passive approach and hate what’s happening.”

For a successful model of downtown redevelopment, one can look about 25 miles away, to the South Shore village of Patchogue. It started with affordable housing, “which brought in young families,” according to Patchogue’s mayor, Paul Pontieri, who offered his thoughts in an email to East. “ArtSpace, affordable housing for artists, along with the Patchogue Theatre, began to change the community into a center for the arts and entertainment.”

From there, Pontieri said, a number of rundown properties were demolished. Small-business owners took note. Residential property values began to increase, and demographics shifted. The average age of Patchogue residents, the mayor said, dropped from 42 to 36. “Downtown revitalization is not just about changing Main Street, but creating a community of families where the young families want to raise their children,” Pontieri said. “[T]he revitalization is focused not only on today, but what will we be tomorrow.”

Keerd, the aesthetician, thinks parking “is probably the number-one thing that needs to be improved” in Riverhead. With “more business coming in and the expansion of downtown, I hope this money” — from the state grant — “can be used to make more parking available so people can enjoy what there is here,” she said.

Residents like her will need to have a say, to be heard,  if Riverhead is to really bloom. That’s why Riverhead Town Supervisor Yvette Aguiar and her administration are conducting surveys, convening committees, and collecting feedback. There are plans to boost public transportation, refresh the infrastructure, add affordable housing, support arts organizations and small businesses — and, yes, add parking.

“There’s a very profound forward belief in our progress,” Aguiar said. The goal, she said, is to help people “understand the culture, which grounds them in the community. We’re starting to use that approach here in Riverhead.”