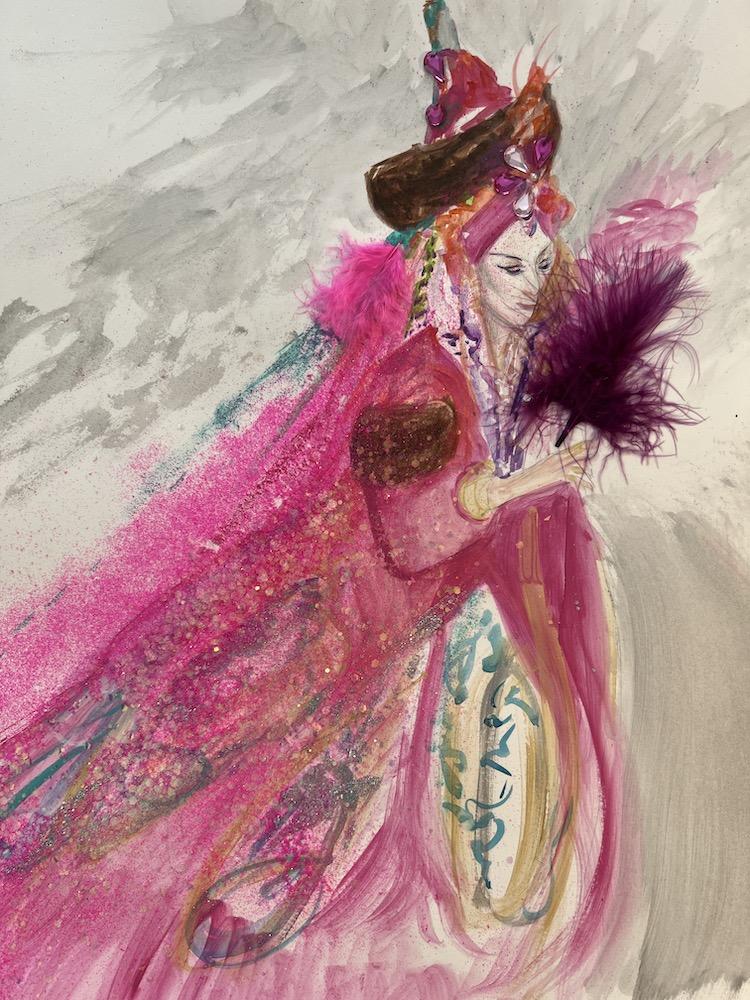 “Well, romanticism. That’s what comes to mind if I think about everything I’ve ever done since I was 10 years old,” said Dora Frost, an artist who flits between West Palm Beach, Fla., and Southampton. “A romantic image. That’s the best way of putting it. And I don’t mean people kissing. It’s just that romantic sort of 19th-century aesthetic is what I think I have, although I’m a 20th-century person.”

Actually, most would agree that Frost is a true 21st-century woman.

Unmarried and unburdened by children, at 71 she still paints daily in her West Palm Beach studio and posts an artistic offering a day on Instagram, to the delight of her 2,000-plus followers.

“I’m very happy inside of that world,” she said over a recent phone call, about social media. “All the commission work I’m getting now is through Instagram, everything that’s happening is through that.” Frost is also ready to dabble in nonfungible tokens — NFTs — with two characters of her creation. “Well, in my head, I’m ready to go with them.”

Yet, the inspiration for her works is clearly drawn from the literary imagery and romanticism of long-lost epochs. Around 2006, after rereading Marcel Proust’s In Search of Lost Time — “Talk about needing a long attention span!” she exclaimed of the several volumes of the French classic — Frost became mesmerized by Proust’s “endless world of gorgeous writing,” and began creating a vast selection of Proustian images that can be viewed on her website and Instagram feed. Her hope is that the entire series will become an installation, to mirror Proust’s seven volumes. “I think I’ll be at this for the remainder of however long I’ve got in this world,” she said, laughing.

Born in New York City, Frost spent her summers at her family’s home in Southampton. She studied illustration at the Parsons School of Design in Manhattan, after which she started taking commissions. Today, she prolifically paints interiors of beautifully decorated houses — a world in which chairs are upholstered in Brunschwig & Fils and walls are papered with Josef Frank fruits and foliage — and many breezy portraits of society people.

“And lots of characters in costume,” she added. There’s Freddie Mercury, André Leon Talley, Cole Porter, and a lovely collection of her well-heeled friends and their purebred dogs. “I like to think I’m sort of the Fred and Ginger in a very difficult and ghastly world right now.”

Frost has four different rooms in  her West Palm Beach studio, each to serve a purpose for whatever medium strikes her fancy. “One room is for the watercolor stuff, which involves the commissioned pieces,” she explained. “One is for the oil paintings, which involves the Central Park work. And another one is for collage. And, then there was installation and I also worked with a video artist, so I’ve done a lot of different stuff. Anyway, I’m of an age where I could give a rat’s ass any longer.”