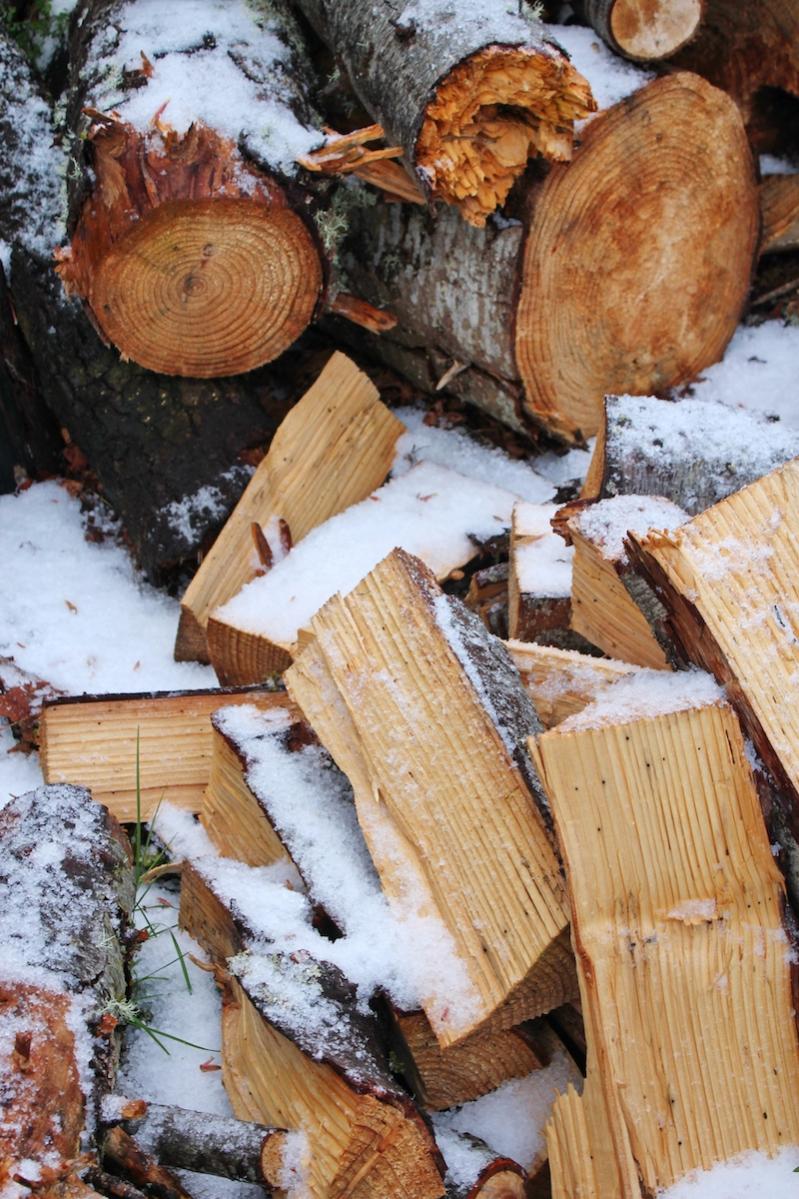 The wicked-witch-cold, stone-sky months are coming in, and turning the calendar page can be a bit psychologically depressing. Here, a few tips and tricks for making it through to spring.

One upside to frigid weather? If the thermometer shows between 14 and 2 Fahrenheit, you can head out for a woods walk feeling a bit more confident: A fair number of disease-carrying ticks will die off at those low temperatures. Deer ticks as well as the dreaded Lone Stars tend to be inactive when it’s below freezing (that’s 32 degrees), too, but the little demons can burrow and survive even below zero, so don’t let your guard down entirely.

Citrus is key to a happy-smelling, cozy house during the hiding-indoors months. Peel the oranges and throw both the flesh and the peels into a slow-cooker along with 2 star anise, an apple cut in half, 2 sticks cinnamon, a knob of fresh ginger, and five cups of your liquid of choice: orange juice, cider, or wine. Set the crock pot to “low” and your house will smell warm and delicious all weekend long. As we’re conservation-minded, we feel there’s nothing wrong with using the resulting brew on Sunday evening as aromatic flavoring for a hot toddy, whether alcoholic or child-friendly.

That’s the maximum time you have left to indulge in this year’s “olio nuovo” — ultra-fresh olive oil pressed from the first weeks of this year’s olive harvest, which happened back in September or October. Olio nuovo is an autumn-to-winter-only indulgence with a shelf life of three to six months. It is pungent and peppery, and has a high polyphenol count, which is said to be a good anti-inflammatory and excellent for heart health. (Pair it with our other favorite winter-only food, the Mallomar? Maybe not.)

Dial 631-324-3550 for a Saturday-night dinner reservation at Nick & Toni’s, the beloved Italian boîte in East Hampton. Go ahead and call for a table this weekend. Wildly sought-after reservations are so much easier to snag in winter (and this is one of the few ways in which the Hamptons still have an “off-season”). You can probably walk right into Sen in Sag Harbor for sushi, too, if you head over before, say, 7. Just try that in August!

Up to 40 percent off of “value packs” of “forever tickets” for rides to and from the city on the Hampton Jitney. The annual Jitney-ticket sale typically begins in November and usually ends by New Year’s. Buy in bulk and get free rides. Because a bargain brightens a dark day, doesn’t it?

Pot that amaryllis . . . yesterday! Buy two amaryllis bulbs (we recommend the tempting selections at Marders on Snake Hollow Road in Bridgehampton and Fowler’s Garden Center on North Sea Road in Southampton) and pot one immediately and pot the second the next week, so you will have blooming color from the darkest point in middle January through the end of February. It takes six to eight weeks for bulbs to grow to bloom.

Head to the hardware store and buy yourself an inexpensive pair of Yaktrax — weird rubber contraptions that stretch across the bottoms of your shoes or boots to keep you from slipping and sliding when you walk on ice. They’re priced between $12 and $49, approximately, depending on the bells and whistles (some have coils on the soles, some have chains, some have a strap over the arch for hikers). Winter is easier when you’re not scared of breaking a wrist or coccyx.

That’s the minimum thickness pond ice needs to be to support a human being, but, according to the Canadian Red Cross — who would know — you need 6-inch ice for safety and confidence while ice-skating. Clear, blue ice is strongest, and opaque, white ice is weaker. If it’s slushy on top, beware: “Slush ice,” according to The Old Farmer’s Almanac, is only half as strong. Use common sense: If you are unsure, or if you are alone, just don’t go! But when the ice is right, and experts have checked it for safety, do definitely go for a skate. How many more skating days do you have in this life?

A solid year is how long ago firewood should have been cut and stacked, for drying, with a cover. Even though it’s been cold since October, many folks don’t think about a roaring fire until Thanksgiving, and most local wood purveyors sell out before mid-December. So if you are buying, the scramble is on. Call now, insist on well-dried wood – hardwood, preferably, for a longer burn. If you chop your own, you already know that the damp, muggy summers on the South Fork mean that you can’t properly dry firewood in six months of warm weather (regardless of what some sellers say — caveat emptor).

How many delicious, sweet-tart, seasonal, perfect East End orchard apples can fit in the average American refrigerator’s crisper drawer? When wrapped in a sheet of newspaper (we recommend The Star, naturally), you should be able to layer three dozen in the crisper. Make sure it’s set to low humidity. You’re a genius! Fresh Empires and Honey Crisps until February, when you bake your love a heart-shape apple tart. — EAST