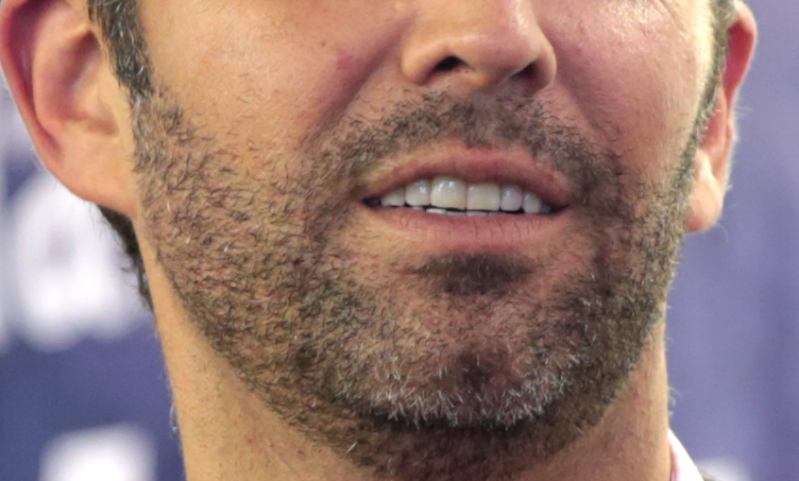 Monday night’s opening of the Republican National Convention raised important questions every American must ponder. Like, are high-definition flat-screen televisions, cheap and light though they may be, really such a good thing, when they confront the onlooker with articulated views of every pockmark of a politico’s face, every bump of hard-to-reach neck stubble?

Furthermore, isn’t it hard to see past all those overlarge, whitened-for-showtime teeth to focus on the point being made? The medium is the message, but this is ridiculous.

And please, if you’re not feeling particularly well — this means you, Don Jr. — consider pushing your empty-hall address to a couple nights hence, as this is preferable to drugging up and showing up glassy-eyed, inklings of sweat at the corners of your straining visage.

On the flip side, the close-cropped beard was clearly a shrewd move, not because of what the directors of car commercials believe, that an eighth of an inch of facial growth connotes competence, but because it hides so well the recessive chin, once notorious among the homicidal.

But in all sincerity, the Republican convention’s opening night did renew my faith — in those who are too turned off to vote.

Maybe you have one, probably more than one, in your extended family. “When has a single vote you cast ever changed anything in your life?” I heard one ask once.

I could see where he was coming from, particularly for those of us living out here in the unreality of the Fabulous Hamptons. But that was before Trump.

No one needs another screed. This grievance is specific: the Trump administration’s capping of the SALT deduction, vis-à-vis state and local taxes come Uncle Sam’s yearly shakedown. Of course I’ll use myself as an example. It took me from getting a small refund to now regularly forking over a couple grand.

I may be a nickel-and-dimer, but that’s the point. It was the most regressive monetary policy since the institution of the federal income tax 107 years ago.

I’d call that a palpable consequence of voting. It’s like taxation without representation all over again.

Petition to Speed Up Sand Replenishment in Montauk
Artistic Portraits of M.L.K. Up for Auction on Saturday
Wine Tasting for Lions Club
END_OF_DOCUMENT_TOKEN_TO_BE_REPLACED