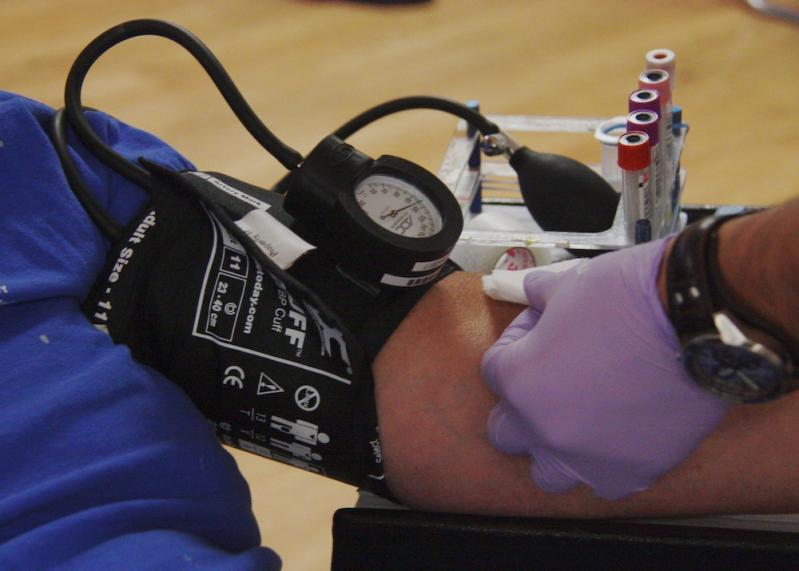 Giving blood in the time of infection was just one click off.

The temperature gun to the forehead upon entry was a welcome novelty. The exaggerated spacing between seats in the waiting area and from one blood-pressure, finger-stick station to the next meant only that the proceedings stretched across the lobby into the Sag Harbor Firehouse truck bays. Interesting, I’d never been in there. The ubiquitous face masks? Sure, but given the bodily-fluid context, who would think twice.

I’d been waiting for this drive. Last time, when the New York Blood Center technician had finished pricking and draining me, she noted offhandedly the speed with which I’d mannishly filled the bag. (Uh, my words.) On the drive home, I kicked myself for failing to ask if that contraption that gently rocks your pint like a sanguine baby had a timer on it.

I wanted the record.

If you’re going to give, it helps if you bleed peasant-common O-positive stuff. So very useful. But I’ve been donating blood regularly not since I discovered that about myself, but at first because of a Mets ticket giveaway. That’s how bad they were back in 2013. Seems they were perpetually 74-88. Remember that one wag’s dismissal of their stadium as “Citi Morgue”?

I haven’t seen such a giveaway since, but at least it started a good habit. I mean taking my boy to baseball games, win-loss record be damned. And yes, there’s the giving too. I’ve always wanted to self-righteously ask why I never see anyone I know at these drives. That’s okay, it’s not like we’re saving lives or anything.

Seriously, the food’s a big draw, pardon the pun. I recommend the Southampton Fire Department drive for the clam chowder from Schmidt’s. I’ve probably been to the one at the Amagansett Legion the most, and you know what? After you’ve been bled thirsty nothing in the world tastes better than their Manhattan clam chowder, wedge of Italian hero on the side.

But you’re wondering how I did the other day. My time. Well, my trusty Casio F-91W wristwatch clocked me at 5 minutes and 7 seconds for the pint. In other words, six seconds off my Pierson High School daughter’s best time in the 1500 meters last winter.

Now we both have a five-minute barrier to shoot for.