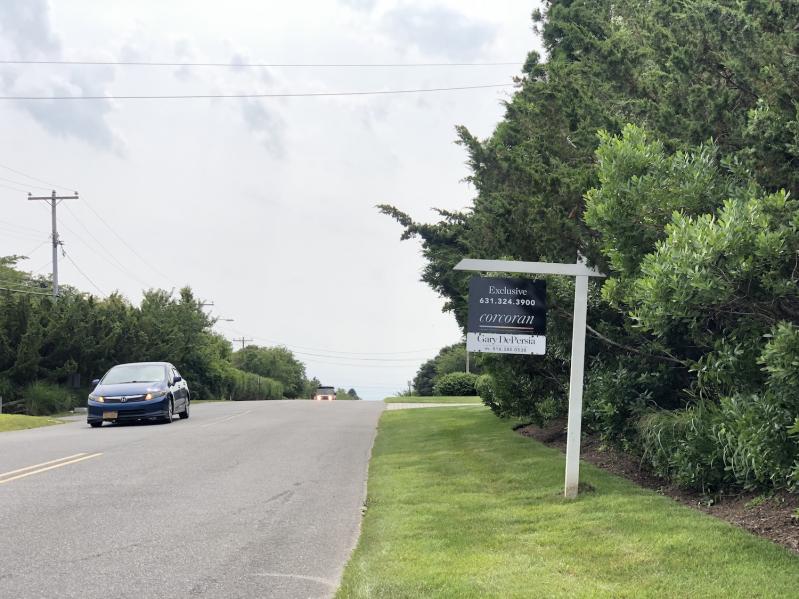 More than 16 months after the onset of the Covid-19 pandemic caused a surge in East End real estate sales, the boom is still going strong, but there are signs it may have reached its peak, according to industry professionals.

"After a year of frenzied buying activity accelerated by the Covid-19 pandemic, it appears that the market is entering a more stable, less reactive environment," Robert Nelson, executive managing director of Brown Harris Stevens of the Hamptons, said in the firm's second quarter report. Sales of single family homes increased by more than 39 percent from the same period last year, and the average sales price rose by 37 percent. Demand continues to outpace inventory, the report found, but, even as more homeowners list their properties in an effort to take advantage of the market, buyers have become more cost conscious, and "more likely to wait rather than make an impulsive offer."

The Douglas Elliman agency noted that sales remained robust, "but not at the intensity seen late last year." Still, competition among buyers was fierce during the quarter. The number of bidding wars increased to the second highest level in five years. Sales of houses priced between $1 and $5 million were particularly strong, comprising nearly half of all sales, a 10-year high.

There was an increase in home sales in every municipality, according to the Town and Country and Corcoran Group agencies. The largest increase occurred in Bridgehampton and Sagaponack, "where there were nearly four times as many closings as last year," according to the Corcoran report.

Judi Desiderio, the chief executive officer of Town and Country, described the current boom as "the best sellers' market this veteran broker has seen in my 37 years," but wondered whether the Covid-era wave of transactions was cresting. "The multimillion dollar question: Is there a swell rising on its heels, and how big and strong will it be?"

The continuing reliance on remote work may keep the wave from crashing, said Todd Bourgard, a senior executive at Douglas Elliman. "As people have discovered they really can work from home, we see people coming for the quality of life, while also recognizing that the Hamptons are a great investment and always will be," he said. "We're seeing multiple bid offers on several properties, and numerous buyers continuing to head out here." For sellers hoping to make the most of the boom, he said, "it is important to work with a good realtor who will price the home properly. More than anything else, pricing properly will produce multiple bids on a property." For buyers, the key is to be quick on the draw. "If there is something you see that you like, don't hesitate," he said.

Due to the surge in sales, the Peconic Bay Community Preservation Fund, which receives the proceeds of a 2-percent real estate transfer tax, has collected $113.5 million in revenues during the first six months of the year, more than double the amount during the same period last year, Assemblyman Fred W. Thiele Jr. announced on Friday. In June, revenues were $19.8 million, up from $7.88 million in June 2020. "This marks the eleventh straight month that revenues have exceeded $10 million per month," Mr. Thiele said. Over the last nine months, monthly revenues have exceeded $15 million. Despite the impressive numbers, Mr. Thiele added a dose of caution. Real estate agencies have reported that "because of declining inventory, rising prices, and the end of emergency pandemic measures, new contract activity has slowed recently from pandemic highs," he said. "This is yet to be reflected in these revenue numbers, but should be anticipated in coming months."