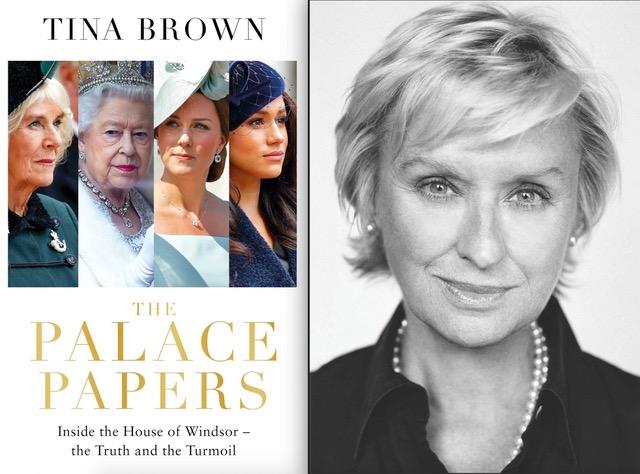 When I was 20 years old I spent the summer in London, where I fell madly in love with the eldest son of Lord Adam Gordon, a courtier to the Queen Mother. That summer, like an ambitious schemer in a 19th-century novel, my goal was to rack up invitations to rarified places such as Ascot, Henley, and the May Ball at Cambridge. So, naturally, I leapt at Lord and Lady Adam Gordon's summons to meet the Queen Mother over an intimate tea at their house in the country.

True to her reputation, the Queen Mother, a small powder puff of a dame, liked her tea poured as a Dubonnet and gin. Instructed not to speak unless I was spoken to — the royal etiquette — I didn't utter a word during "tea," fearing that a guillotine could be rolled out at any time. Even in that state of near panic, I marveled at the Queen Mum's, well, pleasant ordinariness.

Decades later, arriving early for a birthday party at a restaurant in New York, I hoisted myself up on a stool at the bar next to a raven-haired woman with a ready laugh — a party girl. "You look like Sarah Ferguson," I said, startled, exhibiting not a trace of cool. "I am," she said, with good humor, and asked my name. When a few of her friends arrived, she introduced me with a wink as her "old friend" before disappearing with party revelers.

My brushes with the royal family might lead anyone to conclude that its members, in the immortal words of gossip magazines, are Just Like Us! underneath it all. True, they come into the world just like us; by all appearances, they pull their pants on one leg at a time, even if those pants are carefully fitted by Savile Row. But if the 500-page behemoth "The Palace Papers: Inside the House of Windsor — the Truth and the Turmoil" by Tina Brown proves anything, it's that the life of a royal entails a kind of public scrutiny that, as the Duchess of Cornwall observed, you "wouldn't wish on your worst enemy." Most of us couldn't withstand even a day of it.

All that being said, an opportunity to go royal seems to be an invitation that few are willing to refuse. Indeed, it's Ms. Brown's contention that the very idea of the crown attracts a Celebrity cruise ship full of climbers and frauds — even though, as she points out, the royal family has no substantive power. In modern times, it's the duty of the royal family to suppress all their individual talents and desires into the service of their brand ("The Firm") and smile gamely while pursuing lives of well-dressed uselessness.

"You are a member of the British royal family," said Mary, the current queen's grandmother, to a relative. "We are never tired and we all love hospitals." A coinciding obligation to dodge the press, who turn the most mundane royal acts and utterances into international incidents, is the golden rule.

It's hard not to see Ms. Brown's treatise, entertaining as it is, as adding to this sorry state of affairs. "The Palace Papers" is so trained on the role of the press in the lives of royals that it could easily be titled "The Hunger Games: The House of Windsor Versus the Fourth Estate." The news is not especially new. In an online trailer, Ms. Brown reveals that she interviewed 120 people, "many intimately involved with senior royals," in reporting that promises to "change the way you see the House of Windsor." Wisely, most of those insiders have chosen not to be identified. My view of the House of Windsor remains steadfastly the same, except that now I feel downright sorry for them.

Nonetheless, Ms. Brown is hard to ignore. The former editor in chief of Vanity Fair and The New Yorker and founder of The Daily Beast, she wrote the best-selling "The Diana Chronicles," which peeled back the layers of the "people's princess" 10 years after her death. In "The Palace Papers," Ms. Brown takes on the other royals and their "whole crumbling theme-park enterprise." (Always mistress of the creative metaphor.) Though most of her narrative draws on yellowing newspaper reports and books, Ms. Brown manages to make previously owned news sound excitingly fresh through her brisk and authoritative style of writing.

In an effort "to understand the monarchy's recent history," the author has devoted chapters to its "all too mortal protagonists": Diana, Camilla, Charles, Philip, Margaret, Andrew, and, more recently, William, Harry, Kate, Meghan, and their families. As there is no chance of getting royals to speak for themselves, Ms. Brown necessarily looks at their lives as they have unfolded in the public sphere. This includes the well-documented weddings, divorces, jubilees, funerals, and ribbon-cuttings, as well as their transgressive interviews — specifically Diana's with Martin Bashir and Meghan and Harry's with Oprah, post "Megxit."

While the would-be kings certainly get their due in "The Palace Papers," the focus is really the women who have shaken the institution to its hollow core. Let's face it, without Diana, Camilla, and Meghan — along with Princess Margaret and the Duchess of Windsor before them — royal-watching wouldn't be any fun at all. Was the fact that Diana, Sarah, Kate, Camilla, and Meghan were willing to marry into The Firm a study in love, personal ambition, or cluelessness? Is a woman in possession of a royal who isn't working an agenda a unicorn? We'll never know, even after a careful line-by-line reading of "The Palace Papers."

The winners in this narrative include the "unflappable" Queen Elizabeth, who soldiers on through family and national crises barely uttering a word — and the late Queen Mum, whose cheerful can-do countenance during World War II led Hitler to call her "the most dangerous woman in Europe." What fun to learn that the queen routinely covered her mother's annual debt of £82 million, incurred in part from her profligate spending on race horses. In my favorite story, protesters pelted the Queen Mum with rolls of toilet paper, which she gingerly handed back, hilariously asking, "Was this yours?"

The disgraced Prince Andrew — or HBH: His Buffoon Highness, as he was known in British diplomatic circles — doesn't come up for air in this narrative. Fergie's life since their divorce is, in Ms. Brown's view, an extended "apology tour." Andrew's nemesis, the depraved Jeffrey Epstein, gets a full chapter of his own — all the more jarring when a chapter follows on Meghan Markle. Prince Charles garners high marks for being a devoted father and an organic gardener before it was chic, but remains the prig we knew him as at 10 years old, viewed by his intimates as a sniveler.

Initially, William and Harry are endearingly baffled by all the buzz their every move generates, though William, "the biggest heartthrob since Henry VIII," has become the more adept at handling it. Diana and Meghan, "chew toys" of the press, are shown as savvy manipulators in their own right. Seeking an occasional assist with her chaotic love life, Diana was known to tip the media on her whereabouts to spur absent swains into jealousy. In the final analysis, Camilla Parker Bowles, "horse whisperer" and "sexual and emotional comfort food" to Charles, is the only character who seems to have been born to take it all.

Tina Brown "knows this world much better than many of the people who inhabit it," trumpets a jacket blurb, which sounds like a stretch. But her powers of observation and analysis are keen, and when she doesn't know she bluffs quite successfully. She asserts what the royals think and feel with such confidence that it's hard not to believe she's taking late-night confessional calls from Buckingham Palace.

Ms. Brown's fundamental question is this: Will the monarchy survive the interlopers, the divorces, the betrayed confidences, the unhappiness? "Ironic that, after so much talk of duty," Ms. Brown concludes, casting her natural cynicism aside, "perhaps the most powerful survival element of the monarchy has turned out to be marital love." She's counting on William and Kate, thanks to the "bourgeois" stability of their family life, to cast out the lifeline.

Ellen T. White is the author of "Simply Irresistible," a book about great romantic women in history. She lives in Springs.