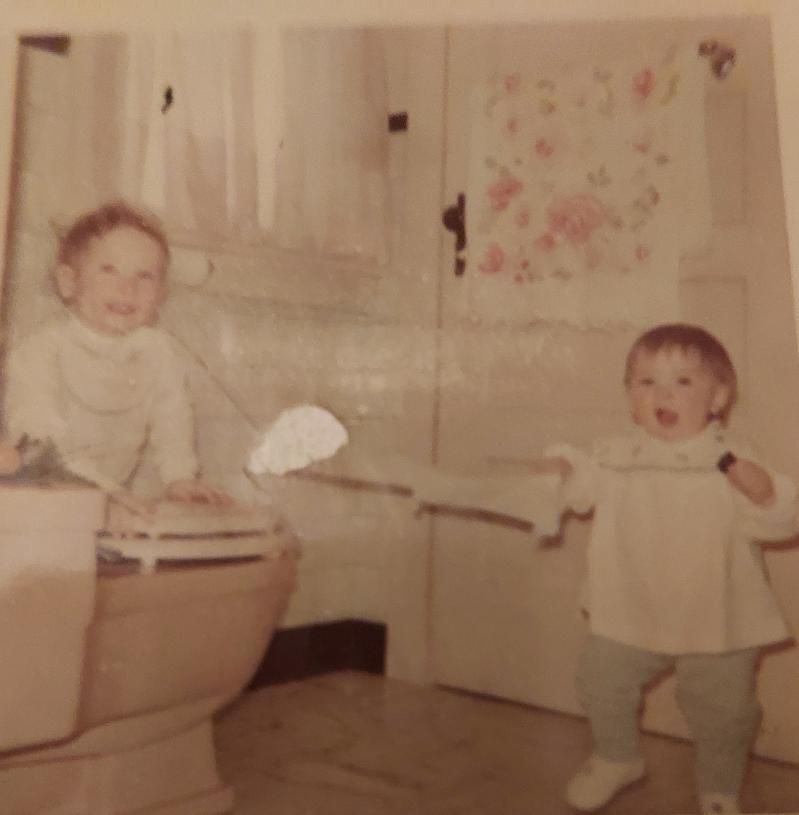 Exactly five years ago, I began gathering material for what started out as an assignment for East magazine but eventually morphed into my first nonfiction book.

The story centered around a tragedy that occurred off the coast of Montauk in late March of 1984. Four young fishermen, Michael Stedman, David Connick, Michael Vigilant, and Scott Clarke, had been longlining for tilefish when their commercial fishing vessel, the Wind Blown, collided with an unpredicted, early spring northeaster.

Somewhere between Block Island and Montauk Point, gale-force winds and 40-foot seas swallowed the crew whole. Neither the steel-hulled boat nor the bodies of the men were ever recovered.

As I began the yearslong research and reporting process, my naive assumption was that by the end of it, I would surely come to know the four men who were lost at sea in equal measure. Sadly, nothing wound up being further from the truth.

The men started out as blank silhouettes. Like sketch marks, every interview filled in tiny details until, at last, human forms started taking shape. But the version of who the men had been — their histories, their dreams, their heartaches — largely depended upon who was still alive and wanted to speak with me.

Try as I might, the youngest of the foursome, Scott Clarke (known as Scotty), remained an enigma. He was the outsider, the new kid in town. Shortly after the Wind Blown went down, Scotty was the crew member whose last name all of the newspapers got wrong: Clarke not Clark. And he was only 18, not 19 years old, which every news outlet — from The New York Times to The Star — erroneously reported.

While Captain Stedman and David Connick had longstanding ties to East Hampton, and Michael Vigilant, the son of a legendary commercial fisherman, had grown up in Montauk, Scotty was a relatively recent arrival intent on developing a reputation around the docks as a reliable mate who wasn't afraid of a little hard work.

Long and lean, when he wasn't offshore fishing, Scotty surfed and spent time with Julie Campbell, his girlfriend of about a year. Julie was exactly one year older and a pioneering fisherwoman who crewed aboard the Marlin IV. Scotty and Julie were caught in the same 1984 storm, each longlining for tilefish, separated way out in the canyons by some five miles of ocean. The Marlin IV made it back to the docks in the early morning hours of March 29. But Scotty was still out.

Scotty and Julie shared an immediate bond: Both were from away. Julie grew up in Point Lookout, but when her parents died, her older brother, Bill Campbell, brought her out to Montauk, where he had started putting down roots. Brother and sister eventually lived together in an apartment complex off West Lake Drive. (Bill lived upstairs; Julie lived downstairs.) The South Fork has since become home for both siblings. Bill is a charter boat captain in Montauk. Julie is a high-end landscaper who lives in Sag Harbor.

"Scotty was so new and he was so different. The other three guys had connections in town," Bill said. "I empathized with him because when I got here, I didn't know anybody either." Scotty's decision to longline for tilefish wasn't lost on Bill. "It's very easy to wimp out on a tilefish boat. But he didn't wimp out, and it got him a lot of respect." Despite the miserable conditions, especially in the dead of winter, it's a tough habit to shake. "When you get that in your blood, you never find anything better. Nothing else makes your heart go pitter patter."

This past winter, I received a Facebook message from Denise Myers, one of Scotty's first cousins. At long last, a sign of life! She had recently finished my book and was eager to share with me a bit more about his back story. Her mother, Zandera, and Scotty's mother, Donna, were sisters. Denise and Scotty, who were born six months apart, were raised less like cousins and more like siblings.

Prior to receiving her message, I had been filled with regret. No matter how hard I had dug — the dozens of unreturned emails I sent, the dozens of unanswered voice messages I left — I always knew in the pit of my stomach that I was never able to get the full picture of who Scotty had been. It pretty much goes with the territory when it comes to writing nonfiction, especially about people who are no longer alive: How much about a person can you ever, really, get right?

Denise soon added another layer of depth to who Scotty had been.

Donna was a single mother who worked as an airline stewardess. When she was away on business, her extended family helped raise and care for Scotty.

As toddlers growing up on the outskirts of Clarksburg, W.Va., one of Denise and Scotty's favorite games was to see how far they could unravel a spool of toilet paper before it broke in two. Come summertime, when they weren't learning how to swim, they disappeared together into the nearby woods, the ground blanketed in moss and rhododendrons, contentedly making caves until the sky grew dark.

A marked shift occurred in young Scotty right around the time that his mother got together with Tom Llewellyn. The family remembered Tom as cold and distant; Scotty refused to live with him under the same roof. After they married, the family of three moved to Oceanside on Long Island. Denise and Scotty tried staying in touch, but it was difficult. Back then, long distance calls were inordinately expensive.

Around the age of 10, Scotty started running away — from his stepfather most especially. Scotty first tried leaving home at 11. He soon found a kinship at the docks, where he baited hooks for the commercial day boats to earn extra spending money. By 14, he had dropped out of school and was gone for good.

Donna was always a little off. Once her son was lost at sea, the lack of closure pushed her over the edge. Donna lived in the abyss, the black hole of losing a child. She never made it back up to the clear light of day.

She believed that after the Wind Blown went down, a Russian freighter picked up her son. No amount of reasoning could persuade her otherwise. Donna, who worked for Trans World Airlines, put any extra airline miles she accumulated to use. She traveled the globe, placing missing posters in various exotic destinations. Her life depended on believing that her son — if only by the sheer force of a mother's will — would someday be found.

People kept telling Donna some version of: "You're crazy. He's dead. Let it go." She paid them little mind.

One time, the voices in her head told her that Scotty had purchased a home for her in the Midwest. Donna got in her car, drove west, and promptly made herself at home. The people who actually owned the house were away on vacation. When they came home, they realized that the woman living in their house wasn't dangerous (to their astonishment, the house was actually far cleaner than when they had left), but they soon realized she wasn't all there.

Other times, Donna had a habit of waving at planes flying overhead in the sky. When people asked her what she was doing, she explained that she was waving at Scotty: Her son was off saving the world.

Donna's fragile mental state soon divided her extended family into two warring factions. One side of the family wanted to simply leave her be — albeit with a bit more supervision. The other side advocated that she be forcibly medicated and hospitalized.

When I was finishing my book, I concluded that Donna had died of a broken heart. And I wasn't altogether wrong. But in talking with Denise, I learned that Donna had a sickness in her head no amount of medicine could remedy. She was eventually diagnosed with schizophrenia and spent the rest of her life in and out of psychiatric hospitals.

In late July of 2010, Zandera paid her sister a visit at the Fairmont Medical Center in Fairmont, W.Va., where she had been living in the psychiatric unit for the past year.

"He's really gone, isn't he?" Donna asked her. It had been some 26 years since she last saw her son.

"He was a good boy," Zandera answered back. "He wouldn't have caused you this pain if he could have stopped it."

Zandera watched as a sense of peacefulness — some combination of grace and relief — settled across her sister's anguished face. Donna was a devout Pentecostal. She prayed for hours each day. Death wasn't something to fear. Death was something to rejoice. A few days later she went to meet her son.

Now in her 80s, Zandera ensures that flowers fill the two granite vases on either side of Scotty and Donna's joint headstone. Donna always loved pretty, brightly colored flowers, so every season her sister swaps out artificial bouquets. In May, to celebrate the arrival of spring, she chose yellow dahlias.

Amanda M. Fairbanks's "The Lost Boys of Montauk: The True Story of the Wind Blown, Four Men Who Vanished at Sea, and the Survivors They Left Behind" recently came out in paperback. She lives in Sag Harbor.