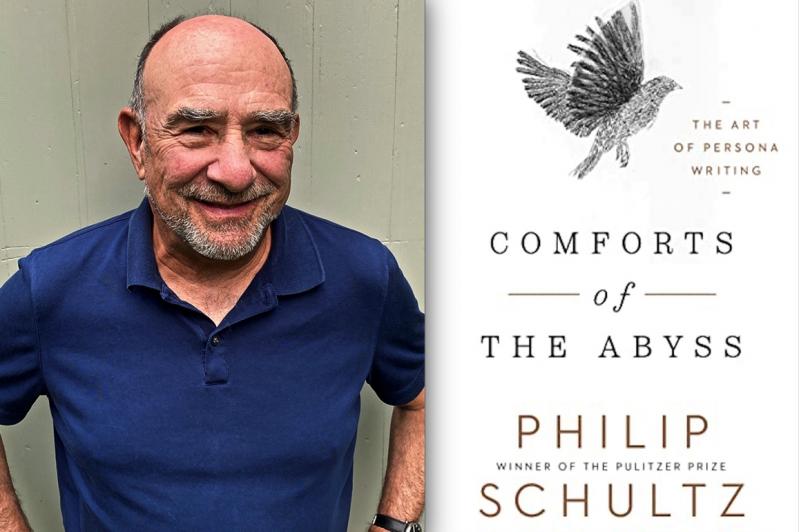 When Philip Schultz was awarded the 2008 Pulitzer Prize in Poetry, the distinguished committee quoted from "Failure," the book jacket's copy: "A driven immigrant father, an old poet, Isaac Babel in the author's dreams — Philip Schultz gives voice to failures in poems that are direct and wry. He evokes other lives, too — family, beaches, dogs, the pleasures of marriage, New York City in the 1970s, 'when nobody got up before noon, wore a suit / or joined anything' — and a mind struggling with revolutions both interior and exterior."

That Pulitzer Prize committee included not only the extraordinary Wesley McNair and Claudia Emerson, but also Natasha Trethewey, whose subsequent memoir, "Memorial Drive," about the shooting of her mother, is very much attuned to Mr. Schultz's discussions of persona writing.

In essence Mr. Schultz is telling us about his epiphanies — without ever using such a highfalutin term: How he figured out how to reach other writerly spirits as they wanted to learn how to express themselves. Dyslexia features prominently in his understanding of what has stood in his way throughout his life. He also chronicles how he connected with other writers of note who had very different approaches to writing and analysis of what matters on the page.

Sounds simple, does it not? But nothing in this volume is simplistic. Or self-evident. Or Wiffle-ball whoosh.

Upon reading Joan Didion's "Play It as It Lays," Mr. Schultz, taken by Didion's ferocity, her directness, found himself forced to write to her. "I felt as if I were reading my own story, written by someone who knew me better than I knew myself. I'd never read anything that so brazenly, bluntly, questioned the value of human life. In fact, that was its subject: the toll suffering took on those for whom suffering seemed to be a natural consequence of their way of life, a means in itself of determining their fate."

"Was she, in sharing her gifts of perception and empathy, asking me to see myself as someone not pathetically hapless but in pain, to view myself as deserving of as much tolerant indulgence as a character in a novel; that I should give myself the benefit of the doubt, a gift I'd perhaps be generous enough to give most strangers?"

Mr. Schultz goes on to ponder the work of Viktor Frankl, who wrote about surviving Auschwitz, "Man's Search for Meaning" — pages, among others, that forced Mr. Schultz to contemplate meaning and objectivity in life.

His mind began racing: "I was beginning to see things other than as a matter of blame and evil eyes, but as a test of personal accountability and reckoning, a test of self-worth and survival." He soon began writing a poem that "addressed what I was feeling beneath the fog of self-loathing and blame, which was a profound sense of sadness and loss."

"Like Wings," the title of his first book, begins:

Last night I dreamed I was the first man to love a woman
& woke shaking & went out to watch
the faded rag of the sky burn into dawn.
I am tired of the river before feeling,
the joy we must carve from shadow,
tired of my road-thick tongue.

my arms opened to your shape, how I couldn't lift
out of my body, my mouth frozen
round the sound of your name.

And surrounding his understanding of the forces that compelled him to create this poetry, Mr. Schultz focuses on the prism that another writer's narrative provides. He writes about such disparate influences as Spinoza and Walker Percy. He discusses "adapting and turning despair against itself and, in a sense, using it as inspiration and even comfort."

He pivots into encouraging his students in the Writers Studio, which he founded so many years ago, the underpinnings of his thoughts in this book. "I soon began asking my students to do exactly what I was now asking myself to do: turn a difficult time in their lives into a scene being played out on a stage . . . until now I'd seen these young men and women as floundering and perhaps even ungifted, but now I saw that it was I who had been floundering, as a teacher and a writer. Without knowing it, I'd been asking them to do something that was extremely hard and entirely new to them, without providing them with a clear description of the task or the necessary tools."

Years later Mr. Schultz was at a fancy Manhattan literary party when he chanced upon Joan Didion, somewhat secreted away in the apartment's library. He summoned up the courage to ask her how she had divined that he was a writer. " 'You were so attuned to style and language, you just sounded like one: Who else would care so much?' "

"I then mentioned her advice that I should see whatever I was going through in the nature of a test. It had helped me get through a number of dark times, I said, and I had even managed to turn the idea into a philosophy of writing I taught to this day."

Lou Ann Walker, who lives in Sag Harbor, is a professor in the M.F.A. program in creative writing and film at Stony Brook Southampton and Manhattan, and is executive editor of TSR: The Southampton Review.