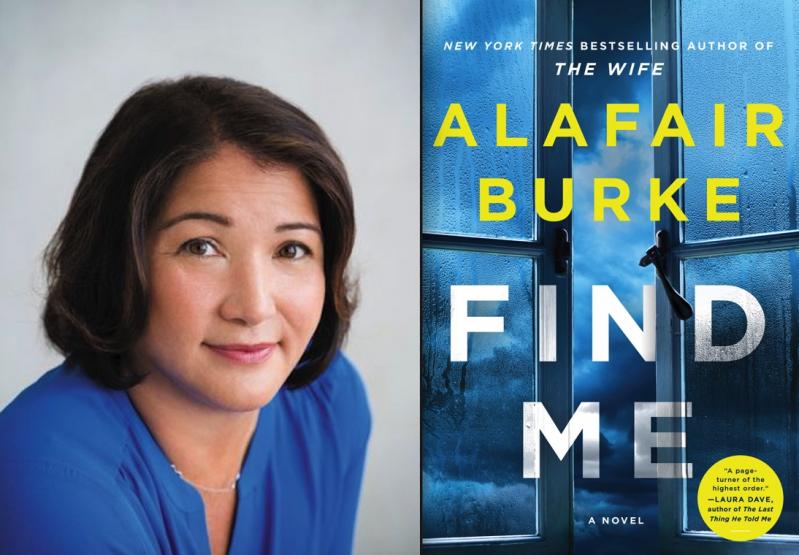 "Find Me" is the latest of Alafair Burke's novels featuring the New York City detective Ellie Hatcher. But in this book, she shares the unraveling of the mystery — and believe me there are a truckload of twists, turns, lies, red herrings, dead ends, strange connections, and emotional entanglements to unravel — with a criminal defense attorney, Lindsay Kelly.

Fifteen years ago, Lindsay came upon an overturned car and helped rescue a gravely injured teenager. She recovers, but suffers total amnesia about her past life. Lindsay, who has become fond of the young woman, takes her under her wing, gives her a new name, Hope Miller, and helps her establish a life in a small town in New Jersey.

As the story begins, Hope feels it is time to claim a little independence and moves to East Hampton, where she gets a job staging houses for a shady real estate agent. (With no identity, she has to work off the books, having no Social Security number, no driver's license, and no legal existence.)

Then Hope vanishes. Lindsay is frantically worried, and then frustrated when the local police don't take her seriously. There is a small bloodstain at the last place Hope was known to have been, and Lindsay uses all her lawyerly skills to get an analysis made.

But the blood isn't Hope's. There is a match in the system, however, and, bafflingly, it is from a decades-old murder scene in Wichita, Kansas. It's not the murderer, the notorious and now-safely-in-jail College Hill Killer, but someone who was at the scene.

The police declare it a dead end.

Until, that is, a local fishing guide, Alex Lopez, is found dead in Lake Montauk with a gunshot to the back of the head. The blood is his. But he would have been a child at the time of the Wichita killings.

Is this getting complicated? We've barely started.

The local cop, Carter Decker, now has a nice tidy scenario — the past has caught up with this young woman, Hope, who claims to have amnesia but is probably hiding some dark secret, and she has killed to prevent it coming to light.

Lindsay and Ellie team up to solve a mystery that, it turns out, will ultimately affect their own lives, both past and present.

This is where you realize that Alafair Burke's other life as a professor of law and former district attorney stands her in such good stead. She can make sense for us of the arcane world of DNA evidence, of legal loopholes and landmines, of cold case files and cases that go cold unless some stubborn soul keeps working on them.

While "Find Me" is definitely plot-driven, the book also tackles the questions of the power of love and friendship (and how those who love less usually have more power), of lies told for good and lies told for harm, of the guilty who redeem themselves at great cost, and the guilty who just don't give a damn. And those questions are perhaps what will stay in your mind even after those scattered plot ends come together. (Perhaps the most satisfying thread of this veritable carpet of threads is one that clears up a distressing part of Ellie Hatcher's past. Which is great, as she is the most likable character in the book.)

And then, of course, for East End readers there's the pleasure of reading about eating croque-monsieur at Rowdy Hall, walking on Atlantic Avenue Beach, or driving to Montauk in search of bluefish.