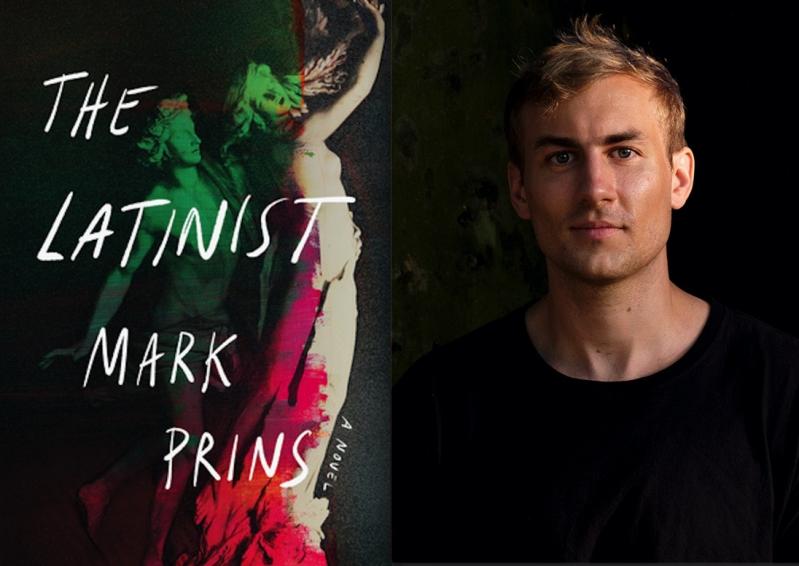 Mark Prins's debut novel, "The Latinist," belongs to a genre that might be referred to as the academic thriller. If this seems like an oxymoron, one might be reminded of Donna Tartt's excellent first novel, "The Secret History," along with the work of Umberto Eco, among others. Some familiar elements of the genre would include the sleuthing for arcane knowledge, power politics academe style, and, if the reader is lucky, a little naughtiness behind the filing cabinets. Sometimes there's even a murder or two.

"The Latinist" is a solid new member of the club. While flawed, it also can be intensely engrossing at times, and has more than a little to tell us about the toxic pile that has become contemporary academia.

The novel begins at Oxford University, where a young Ph.D. candidate named Tessa Templeton works closely with her adviser, Chris Eccles, a classics professor. Although she is talented and ambitious, Tessa can't seem to land any of the teaching positions she applies for. One day a colleague sends her an anonymous email — and Tessa for the first time lays eyes on the recommendation letter Chris has written for her. Shockingly, to Tessa, the recommendation is not only equivocal in its praise, but caustically suggestive in its criticism. "Tessa has made strides from a rocky beginning to her doctorate," reads one memorable line, and then the coup de grace, "Sometimes, she is hindered by a tendency to be argumentative." Clearly Chris is trying to sabotage her career. But why?

Well, love, of course. Or what the delusional, self-satisfied Chris Eccles thinks of as love. Mr. Prins does an excellent job of getting into the mind of Chris, whose warped view of human relationships reminds one of Patricia Highsmith's Ripley character. "He would come clean about the letter of recommendation," Chris decides after Tessa confronts him. "He saw this as but a ripple in the longer arc of their future together. Everything arced."

Got caught torpedoing your crush's career? No problem. Love looms just around the corner.

It turns out that Chris's wife, Diana, has just left him, and the timing invites us to guess whether Chris's casual desire for Tessa has kick-started an unhealthy obsession, or whether it was the fixation itself that dissolved the marriage. Either way, Tessa has her hands full. Chris, who is also drinking and smoking heavily, begins to exhibit behavior that borders on the sociopathic, including suicidal ideation:

"Chris took his hands off the wheel and let the car float between lanes. There was hardly any traffic. The wheel's bias was ever so slightly to the right, which agreed generally with the road's curvature, and they sped along, Chris and the Fiat, the Fiat driving. As the road angled back toward center, they drifted into the right lane, and the verge lit up in the headlights, and the sleeper line pounded the wheels and rattled through the car. . . . They hadn't even hit the guardrail. They were back in the lane, floating again, and Chris's hands had not left his lap."

Chris owns a statuette of Bernini's "Apollo and Daphne" sculpture, and the characters of Chris and Tessa seem a direct allusion to the famous myth. In Ovid's poem, Apollo becomes obsessed with Daphne, but is rebuked as she has sworn to protect her chastity. When he swoops in to ravish her — or from a modern perspective, what we would call rape — she turns into a tree to protect her virginity.

Tessa herself is most likely not a virgin — as the story begins, she and her long-term boyfriend, Ben, have just broken up. But for a young woman she has startlingly little interest in sex, or anything else romantic. Through the novel's span of many months, Tessa has no love affairs, expresses no interest in anyone. At all. During an interlude in Italy, this 20-something walks the streets of Rome without registering a single attractive face (is this a world record?). When she meets an interesting young man at a museum and goes back to his hotel, they get no further than the bar.

She even speculates that intellect has stultified her heart. "The love that she idealized, by which the borders of one's personality dissolved, had only ever been approached through the vehicle of poetry." Daphne indeed.

Sexual apathy aside, one wishes Tessa were more likable. The heroine we have here is solipsistic, coldly ambitious, and, frankly, a little numb. When visiting a friend on an archaeological dig, for example, Tessa stumbles upon the tomb of a poet whose discovery could be a blockbuster in her academic field. But even this doesn't rouse her. "He's dead, she thought. As if you needed to confirm that? . . . She had thought that this moment would feel a certain way, and it didn't." In a flashback, her boyfriend's father dies, but Tessa can't muster the empathy to attend the funeral.

This may have some readers wondering why, besides her quicksilver mind, Chris obsesses over her. Is she inexplicably charismatic? Stunningly beautiful? Sexually irresistible? Mr. Prins doesn't give us much to go on.

Yet somehow Mr. Prins is skillful enough to make us root for Tessa. There is a highly dramatic scene near at the novel's climax where Chris, having poached some of Tessa's work, is humiliated by her at an academic conference — and the reader is treated to a triumphant tingle of revenge. Chris the Apollo may have a professor's God complex, but Tessa is too smart for him.

"The Latinist" is well plotted and cleverly designed. How much you enjoy it may depend on how comfortable you are with a story without a single likable character. Is this the author's point, ultimately? Is the author alerting us to the ruthless quagmire that academia has descended into? Or is Mr. Prins, who has an elaborate academic pedigree, trying to settle old scores?

Caveat emptor, budding professors. "The Latinist" shows us a world where elbows are sharp, knives are out, and intellect turns hearts to stone.

Kurt Wenzel's own debut novel was "Lit Life." He lives in Springs.

Mark Prins, a graduate of the Iowa Writers' Workshop who lives in Brooklyn, has spent summers on the South Fork his entire life.