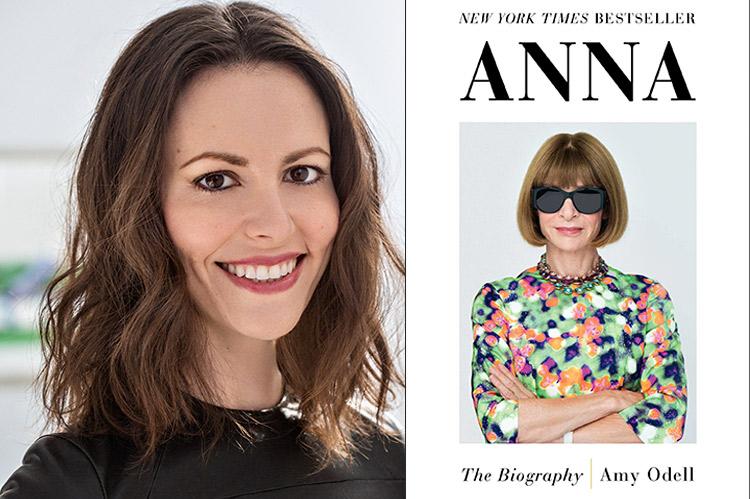 "Anna." We hardly need the cover photo (sunglasses in place as ever) to tell us that this is about Anna Wintour, the enigmatic, icy, all-powerful queen of fashion, who already has a novel and movie, "The Devil Wears Prada," based on her.

It's about Ms. Wintour, the editor of Vogue for more than 30 years, but what keeps you reading is the inside look at the history and day-to-day running of America's leading fashion magazines. That being the case, the subtitle could have been "Oh My God What a Nightmare." If you have a teenage daughter you are trying to deter from becoming a fashion assistant, then this is the book to give her.

You have the fine birds of fashion — the designers, the editors, the models, the photographers, the front seat celebrities who are seduced by the promise of a cover photo. And then you have the foxes — Si Newhouse, Alexander Liberman, Ron Galotti, the Florio brothers, the top bosses who can end a 20-year career with a quick snap of the jaws, the news being delivered maybe by email or as a passing comment on a late-night show. The foxes tend to stay in the shadows and be publicity shy, so it is fascinating to learn more about them.

You have to persevere with the book. The introduction almost makes you want to give up, and the first chapter has gems like "One of Anna's favorite things to do there was to curl up on the quintessentially English cabbage-rose chintz upholstery with a book (friends and colleagues later marveled at Anna's voracious reading)."

Really? She's a leading editor and they marvel that she reads books? And try substituting a male editor's name into that sentence.

But by the second chapter the author, Amy Odell, is getting into her stride. She has done a prodigious amount of research about Ms. Wintour's successes and failures on the way to the top and even more about the industry itself. We get every hiring and firing, every suspicious promotion and sabotaged career, each teary editor announcing to her staff that their publication has been axed and that they are out on the street.

And there are plenty of lively anecdotes, like the one where an activist charges into the Four Seasons grill room where Anna is having lunch and slaps a dead raccoon on her table, chanting "Fur hag! Fur hag!" (Vogue had always prominently featured furs, and Anna was very reluctant to acknowledge that the days of the leopard-skin coat had passed.)

When you are writing about a controversial figure — and Anna Wintour is controversial, as indeed is the whole fashion industry — you want to present a balanced portrait. You don't want to be adulatory without showing the darker side, or dwell on the darker side (because that's what people want to read — it's more fun) without establishing a positive central story.

What we get is a disconcerting wobble. Many a long, positive stretch is brought up short by a final sentence that puts the knife in. And, conversely, an anecdote exposing Ms. Wintour's Cruella side will be tempered by a final sentence along the line of "but her closest friends say she really isn't like this." Nothing goes deep enough for us to be able to make up our minds whether she's been dumped on because she's a powerful woman or whether, like the curate's egg, she's just "good in parts."

But the stories of Vogue's clumsily thrashing its way into the digital age, getting it wrong and finally getting it right, of Vogue, reluctantly, and equally clumsily, changing its position over Black models, then Black editors, finally Black photographers, and trying to adapt to a new, younger, politically progressive readership, make great reading. As does hearing about the backstabbing, the rivalries, the briberies, the battle to sell the most ads, the astonishing perks that senior editors get. "Whoa," you say, "they paid for his apartment in Paris?!"

If you're someone who knows what a "crocodile Susan Bennis/Warren Edwards personal organizer" is and feel your pulse race at the words, then you've probably already bought the book. But we are all interested, even if it's peripherally, in the fashion world — the beautiful clothes we will never wear, the androgynous models mincing along the catwalks, who wears what at the Oscars, knowing that a ticket to the Metropolitan Museum's Costume Institute Gala costs $30,000. (The Met Gala is Ms. Wintour's pet project that raises money for the museum. If further proof were needed that this is another world, you learn that the museum spent $100,000 for a private jet to bring Beyonce to the party, and paid more than a million dollars for Rihanna to perform.)

So what makes Anna tick? What steel nerves and backbone, what unshakeable self-confidence, what inner vision has kept her at the top of this cutthroat industry for so long?

We don't really find out. She manages to remain as enigmatic and unknowable as ever. Is that a failure of the book or a triumph of its subject? I have a feeling it's the latter.

Anna Wintour has a house in Mastic Beach.