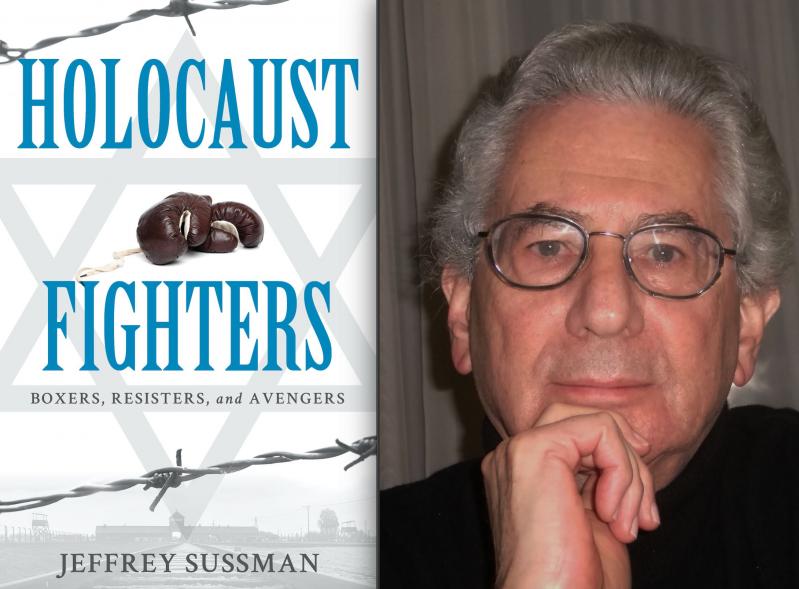 One of the most disturbing scenes in "Hunters," the 2020 Amazon Prime Video series about Nazi hunters in America in the 1970s, showed inmates at Auschwitz used as human chess pieces for the amusement of the Nazis who were in charge there. Although by most accounts that was a fictional occurrence, it was nonetheless chilling to watch.

I reacted similarly as I read several chapters of Jeffrey Sussman's new book, "Holocaust Fighters: Boxers, Resisters, and Avengers." Apparently, it was not uncommon to stage boxing matches that pitted inmates against each other, or against Nazi guards, for the entertainment of the SS, the Nazi Party's private army, which ran the concentration camps. In most cases, these were life-and-death competitions, in which the loser was usually executed immediately afterward.

If reading about the physical, psychological, and emotional debasement of human beings by other human beings is more than you can bear, then this book is not for you. I will note, however, that the descriptions of violence and torture are neither gratuitous nor sensationalized. They don't need to be. The plain facts are appalling enough.

Fundamentally, however, this is a book about unsung heroes of the Holocaust, all but one unknown before the war. What they had in common was extraordinary courage in the face of danger, often fatal. The thread weaving through all their stories is that they put their lives on the line to oppose a vile and maniacal regime — whether by entering a boxing ring against an unfairly powerful opponent, by escaping from a heavily fortified concentration camp in order to warn others of the atrocities taking place there, or by hunting down Nazis and ex-Nazis after the war was over and exacting revenge.

Boxing prowess was an important element of Nazi culture — proof of Aryan manliness and superiority. Adolf Hitler believed that all young males in the Reich should be trained in pugilism, even though he himself never set foot in a boxing ring.

Anyone who knows anything about the Holocaust knows that there was torture and degradation; that there was resistance to the Third Reich and attempts to subvert it; that a few inmates successfully escaped from Auschwitz and other concentration camps; that eventually information about the atrocities was smuggled out of the camps, and that there was revenge — both sanctioned and unsanctioned — some of which continues to the present day. What Mr. Sussman's book does is add human faces and stories to those abstractions.

The first section of this work probably covers new ground for most readers. Five inmate boxers at Auschwitz, from five different countries — four Jews and one Sinti (a Romani people of Central and Eastern Europe, whose origins are probably in India) — are described in separate chapters. Each account is compelling. Some are longer than others, and those tend to be the most interesting.

The best told story among them is that of Harry Haft, a Polish Jew who survived Auschwitz by fighting 76 boxing matches there, winning every single one. (The Nazi guards called him "the Jew Animal.") After the end of the war, he spent time in a displaced persons camp and eventually made his way to the United States.

Believing he had no skills other than boxing, Haft pursued the sport in New York, and with a fair amount of success. In 1949, he earned a pro match against Rocky Marciano. Unfortunately, there is no way to know what Haft's chances were of winning. Shortly before the bout was to begin, some shady-looking men entered his dressing room and convinced Haft that if he didn't throw the match, he would be killed. He believed them. That was the end of his boxing career.

Haft married and raised a family, but because of all he had endured in less than a decade, he was a broken man. He raged and was abusive to his family for the rest of his life.

Almost as interesting as Haft's story is that of Rudi Vrba and Alfred Wetzler. Shortly after the Nazis entered Hungary in 1944, they executed a harrowing escape from Auschwitz. Once they reached safety, they managed to send a report, via diplomatic channels no less, informing Hungary of what really awaited the Hungarian Jews who were being rounded up and transported "to the east." The Hungarian government took a stand. The two men are credited with saving some 200,000 lives.

The Sinti are distinct from the Romani.

Among the countries invaded by Germany, Bulgaria courageously defied the Nazi order to round up and turn over its Jewish citizens, just as Denmark did.

There was, at the time, a particular German style of boxing, in which the opponents stood toe to toe the entire time and threw punches at each other.

The famous German prizefighter Max Schmeling was strongly anti-Nazi. His international celebrity, however, protected him from any retribution by his government.

Following Germany's defeat, Jewish survivors of concentration camps organized many independent groups that tracked down their torturers and meted out their own punishments.

As engaging as "Holocaust Fighters" is, the book is not without its flaws. Some chapters seem less fleshed out than others, no doubt a reflection of the challenges of some of the research. The result, however, is a kind of choppiness that impedes the flow.

Moreover, in view of the organizing idea of the book — that despite the brutality of the Third Reich, there were nevertheless ordinary people who courageously stood up to the Nazis, undermined them in ways large and small, and eventually sought revenge — it is puzzling why there is a long chapter about the Nuremberg trials. U.S. Supreme Court Justice Robert Jackson, prosecutor at the trials, would seem to have nothing in common with Harry Haft, Rudi Vrba, or any of the other heroes described in earlier chapters.

Unlike much of the rest of Mr. Sussman's content, the postwar events at Nuremberg have been covered in abundance.