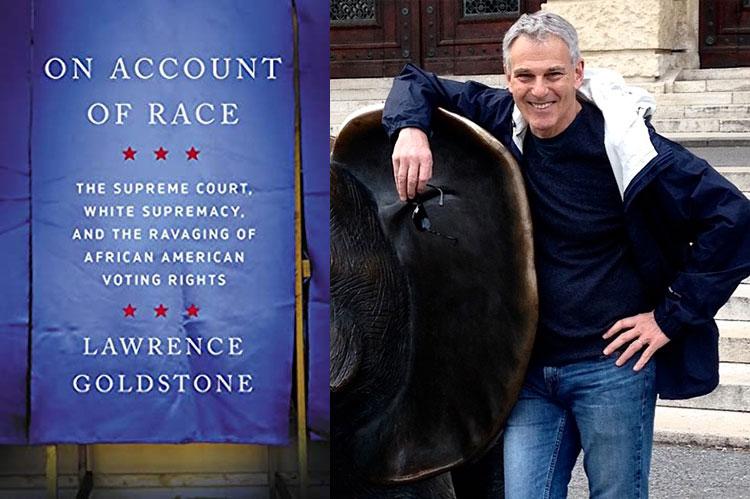 Unless you are a white supremacist yourself, this book will challenge your faith in the independence of our Supreme Court and its fairness in applying the spirit of the Constitution and the laws of the land evenhandedly.

On June 25, 2013, The New York Times wrote: "The Supreme Court on Tuesday effectively struck down the heart of the Voting Rights Act of 1965 [Section 4] by a 5-to-4 vote, freeing nine states, mostly in the South, to change their election laws without advanced federal approval. . . . Texas announced shortly after the decision that a voter identification law that had been blocked [by the act] would go into effect immediately. . . ."

According to Chief Justice John Roberts, Section 4 was "based on 40-year-old facts having no logical relationship to the present day." Justice Ruth Bader Ginsburg countered, "the Voting Rights Act," one of the great achievements of the Lyndon Johnson years, "is extraordinary because Congress embarked on a mission long delayed . . . to realize the purpose and promise of the Fifteenth Amendment." With this decision, as we are witnessing, the court changed her phrase to the past tense.

In "On Account of Race," Lawrence Goldstone traces Supreme Court decisions regarding voting rights from the Constitutional Convention of 1787 to the present. In sum, he says that "in the guise of a strict reading of the text, and with sham neutrality, Supreme Court justices rewrote the Constitution to fit the racial attitudes of the day — and their own."

From the beginning, the framers fudged the subject by leaving the right to vote almost entirely to the states. Not until after the Civil War did the right to vote come under the authority of the Constitution with the enactment of the 14th and 15th Amendments. But with the Apportionment Act of 1862, which reconsidered the number of representatives each seceding state should have after slavery, "the South, as a result of losing the Civil War," it says, would be "entitled to an increase in membership in the House of Representatives and [hence] the Electoral College."

The reader will recall that before the war, Southern states counted three out of five enslaved persons as a basis for their populations. After slavery, all freed African-Americans were counted. Note that in most of the previously slave states, African-Americans outnumbered whites by significant margins. In Mississippi in 1890, for example, there were 907,000 black residents and 563,000 white. But could they vote?

The Supreme Court started ruling on the constitutionality of voting laws in the states in 1873, suggesting that there was "a difference between citizenship in the United States and citizenship of a state, which meant that 'privileges and immunities' [a clause of the 14th Amendment] might mean different things to each."

Illustrative of the wiggling justices were capable of is the opinion of Joseph Bradley in an 1876 case in which he wrote: "The Fifteenth Amendment confers no right to vote. That is the exclusive prerogative of the states. It does confer a right not to be excluded from voting by reason of race, color, or previous condition in servitude, and this is all the right that Congress can enforce."

"When Justice Bradley announced," Mr. Goldstone writes, "that African Americans could not seek redress in federal courts, except in cases where state governments officially announced their intentions to discriminate, he helped usher in a period of de jure racial discrimination that would last a century," until the Voting Rights Act of 1965.

In 1888 Melville Fuller became chief justice. In 1895 he wrote: "It is well settled that a court of chancery is conversant only with matters of property and maintenance of civil rights. The court has no jurisdiction in matters of a political nature," allowing a state to elect delegates under a set of rules that were blatantly discriminatory. This "hazy" distinction between civil and political rights would remain pivotal, says Mr. Goldstone.

Oliver Wendell Holmes Jr. was appointed to the Supreme Court in 1902 by Teddy Roosevelt. According to Mr. Goldstone, he was "a committed Social Darwinist" who believed in the superiority of the white race. In a case originating in Alabama, he ruled in Giles v. Harris that the court "cannot undertake . . . to enforce political rights," which he construed included voter registration.

Isn't that a surprise? Despite such a critical decision, "To this day, Oliver Wendell Holmes Jr. is widely thought of as a great champion of civil liberties and an unwavering defender of democratic ideals."

So, we are left with this most unjust and frankly racist Supreme Court history in which the myth of reason and objectivity is punctured by evidence of continuous subjective and emotion-driven interpretation. Mr. Goldstone gives us a quotation along the way from Edmund Plowden, "an English legal theorist, who in 1574 wrote, 'It is not the words of the law, but the internal sense of it that makes the law; the letter of the law is the body, the sense and reason of the law is the soul.' "

Don't we wish it were so.

Ana Daniel is retired from business and teaching. A regular book reviewer for The Star, she lives in Bridgehampton.

Lawrence Goldstone's previous book was "Assassin of Shadows," a historical novel about the shooting of President William McKinley. He lives in Sagaponack.