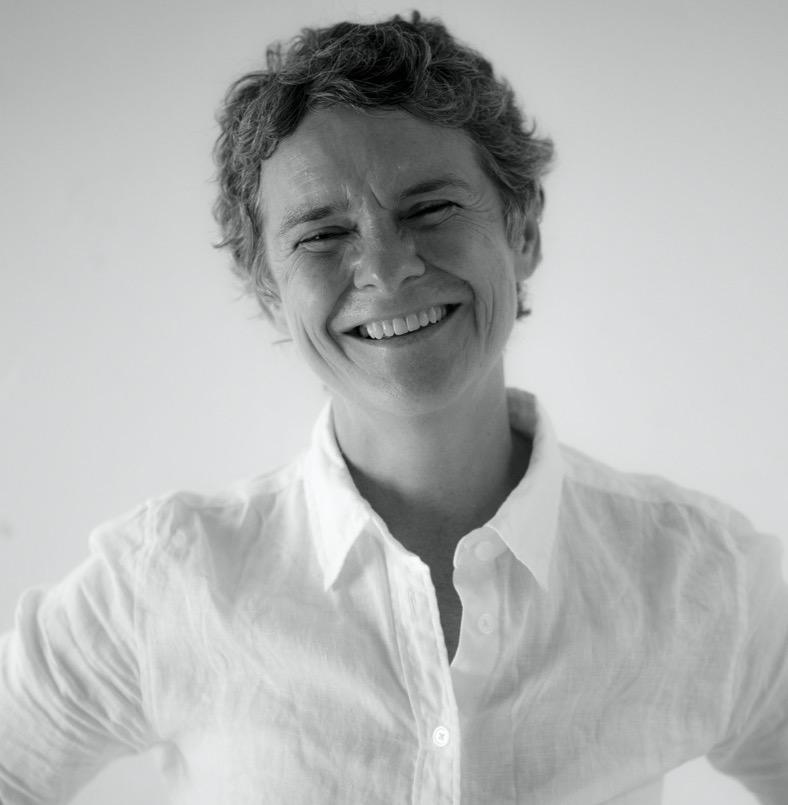 A documentarian for about 30 years, Markie Hancock of Springs and New York City has a passion for unpacking tough subjects in her films.
Mark Ledzian
By Judy D’Mello

What's immediately clear in Markie Hancock's documentary about the origins of the Retreat, East Hampton's domestic violence shelter, is that the three domestic violence survivors she features do not need anyone to speak on their behalf. What they need is to be heard.

This affecting, unsettling, but hugely optimistic hourlong film, titled "The Power of Community: How One Town Stood Against Domestic Violence," is part of the Retreat's 30-year anniversary fund-raising efforts and will be screened at the Sag Harbor Cinema on June 19 at 10:30 a.m.

Ms. Hancock is a skilled documentarian whose work over the last 30 years seems to gravitate toward shining a light on the more marginalized members of society: gays, transgender people, children of evangelical Christians and students at Christian colleges who break from tradition, cat ladies -- all survivors in some way.

So, unsurprisingly, while volunteering at the Retreat over the years, her interest was piqued.

"The more you're around an organization and its people, you start thinking, 'How did it start? What is its origin story? Who started it?' And so it was those simple questions and that curiosity that got me sniffing around, and I discovered that the Retreat's story wasn't really out there," she said over a recent phone call.

Then, a casual remark to the Retreat's director of development, Kim Nichols -- "Wouldn't it be good to have a movie that honors the origin story and those who made it happen?" she asked -- set the filmmaker in motion.

The organization supplied a list of people to call, many of whom were on the Retreat's first board in 1987. She got in touch with Mary Bromley, a psychotherapist, Mary Jane Arceri, a now-retired Springs School teacher, and Joanna Komoska, another psychotherapist and the president of the Retreat's first board. She also contacted politicians who were instrumental in enacting necessary policy at the time: Patrick Halpin, an ex-Suffolk County executive, Tony Bullock, the East Hampton Town supervisor from 1988 to 1995, and Thomas Scott, the town's police chief from 1980 to 2001.

"What amazed me was how open everybody was and how quick they were to pick up the phone, and how willing they were to participate," said Ms. Hancock. "I very quickly realized that this was for sure a film."

The end result offers two intertwined stories. The first, as the title suggests, is one of a community full of disparate members that came together to create something remarkable right on its doorstep. Or, as Ms. Bromley, the therapist, says in the film, "It was a moment of love in a community that recognized a problem and took action."

For Ms. Hancock, this presented a worthy narrative. "I love the fact that it wasn't a billionaire who founded the Retreat. I love the fact that it has such humble grassroots origins," she said. "This is what ordinary people can do. You don't have to be a billionaire to do good. There's something about the pureness of this story that I think all of us can still tap into today."

The second story in the film reveals a sad truth: that East Hampton was in need of a domestic violence shelter. If this fact is discomforting, it needn't be. Listening to the three survivors retell their experiences reminds us that it can happen to anyone. It might even be happening to someone you know. And because abuse is shrouded in shame and secrecy, it's widely believed to be underreported.

Yet it's clear that with the help of the Retreat, the three women can call themselves survivors.

"When you're so low, when you have zero, it is so necessary for someone to lend a hand," one woman says on camera. Now, by finding the strength to speak, they are doing their part in helping other abused women and children survive.

One woman recounts wetting herself as her husband put his shotgun together. Another tells of a landscaper who warned her that she was in danger and should get help.

One survivor sums up her abuse in chilling detail. "It's insidious. You gradually, over the days, and months, and years, are totally reliant on this person. You're basically brainwashed. You're isolated from everybody. Everything you do or say is controlled by them, every move you make, where you're going. You totally live in this other person's world."

Ms. Hancock's passion for unpacking difficult narratives stems from her own life of reckoning. Born in central Pennsylvania to "very religious, evangelical/born again, Republican, conservative, pillars of society," she said, summing up not only her childhood but the narrative of her breakthrough documentary in 2007, "Born Again," which explored her obligations to family, religion, and ultimately to herself. She attended Wheaton College in Illinois, described on its website as offering a "top-tier education that prepares students to make an impact for Christ." (This was the subject of her 2014 documentary, "Queers in the Kingdom: Let Your Light Shine," which examines homophobia at Christian colleges.)

After Wheaton, and still attuned to religious matters, she studied at the Princeton Theological Seminary in New Jersey. "I thought maybe I could be less evangelical and a little more educated about it all," she said, adding, "Then I end up in Berlin, still under the guise of studying theology but really trying to find myself. And I'm really, really lost. I'm constantly questioning, 'Who am I? What am I doing? Am I a
lesbian?' "

Her answers came in the form of a Swiss woman with whom she fell madly in love. She quit studying theology and took a job in a futon factory run by lesbians, she said, laughing. Then, one day, she noticed that the Berlin International Film Festival was in progress.

"So, day and night, I'd go to the film festival, and I loved it," she said. "And that was when I bought my first Super 8 camera and a little portable splicer I got at a flea market."

After moving back to the U.S., where she got a master's degree in education, she came out to her parents. "With disastrous results. They remain adamantly, fervently, evangelical Christians. And I remain just as adamant about being secular and a lesbian." Today, Ms. Hancock, her wife -- they've been together for over 25 years -- and their rescued pit bull divide their time between New York City and Springs.

The Retreat's story, like all the others in her films, which are available on Amazon Prime, centers on the power ordinary people have to make a difference.

"It was my feeling that they should be honored," she said of the Retreat's founders. She also pointed to the community that rallied, once again, to help her make this film, for which she donated her time. LTV donated the studios and equipment, she said, a hair and makeup artist volunteered her time, and her director of photography and the sound technician offered their services at very reduced rates.

"So, to this amazing foundation, I just wanted to add my little brick. This involved so many people pitching in at various times with whatever skills or talents they had. And I thought, well, let me be part of this beautiful mosaic. And here's what I can contribute at this point in time."

Tickets for the June 19 screening of "The Power of Community" can be purchased on the Retreat's website.

Free Car Seat Checks in Southampton
Battle of the Books, and More Fun for Teens
This Week's Happenings in Montauk
END_OF_DOCUMENT_TOKEN_TO_BE_REPLACED