A Tale of Two Series 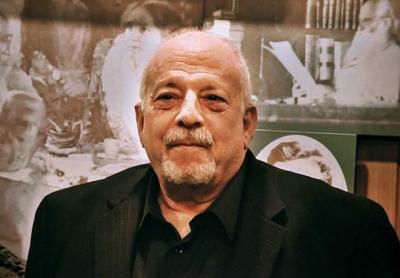 Pay no attention to that too-cute-by-half headline above. Two reading series may be starting up this week, but they have nothing in common other than East Hampton Village geography, free admission, and that they’re here, and it’s now, summertime on the population-exploded South Fork.

First, at 7 on the night of Thursday, July 5, at the Jewish Center of the Hamptons on Woods Lane, John Leland, a New York Times Metro reporter, will inaugurate the season’s Authors Studio talks with one about his recent “Happiness Is a Choice You Make.” Its subtitle, “Lessons From a Year Among the Oldest Old,” reflects the source of the book, a series of newspaper articles he wrote that followed six over-85 citizens in their daily struggles and successes. Wisdom was imparted, you might say.

The upshot? Don’t obsess over those dear to you but now out of touch or gone entirely, or the family members who have let you down. Neither should you dwell on physical diminishment, but rather focus on what you can still do. Leaving aside the jargon of the social scientists, uh, make the most of your remaining time?

But don’t take my word for it, I haven’t read the thing, so head over and hear it yourself from the horse’s empathetic mouth. Beyond that, just a quick nod here to next week’s author appearance, on July 12 also at 7 — Alan Zweibel with his send-up of a Passover Seder’s Haggadah, “For This We Left Egypt?” — before your not entirely faithful correspondent directs you to the J.C.O.H.’s attractive and easily navigable website for a rundown of the rest of the series, which wraps up at the end of August.

Meanwhile, a short walk through the hustle of Range Rovers and Maseratis is bucolic James Lane, where sits the colonial-era Mulford Farm, and there in its barn, a change of setting from Amagansett’s Marine Museum, the poets of the venerable Poetry Marathon will gather to read, listen, and afterward chat over comestibles likely more elevated than Ritz Crackers, complemented by beverages of an appropriate alcohol content.

It begins on Sunday, July 8, at 5 p.m. with Philip Asaph, whose work has appeared in journals of note like Glimmer Train and Poetry, and George Wallace, former poet in residence at the Walt Whitman Birthplace in Huntington Station and the author of more than 30 chapbooks.

The readings continue at Mulford on July 15 (Walter Donway and Tammy Nuzzo-Morgan) and July 29 (members of the East Hampton Poetry Workshop). Note that on July 22, the venue will be the East Hampton Library, and the time will be 3 to 4:30 p.m., with Gladys Henderson, the current Suffolk County poet laureate, doing the honors.