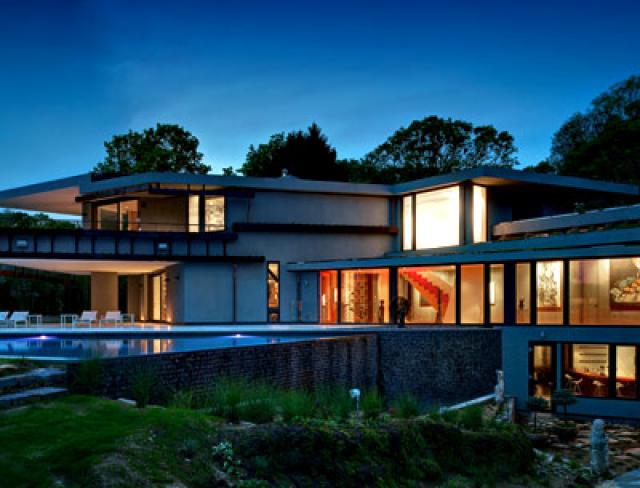 A sunken courtyard off the lower level and cantilevered overhangs off the library and master bedroom, add outdoor living space.
An architect plays with perspective
By
Carissa Katz