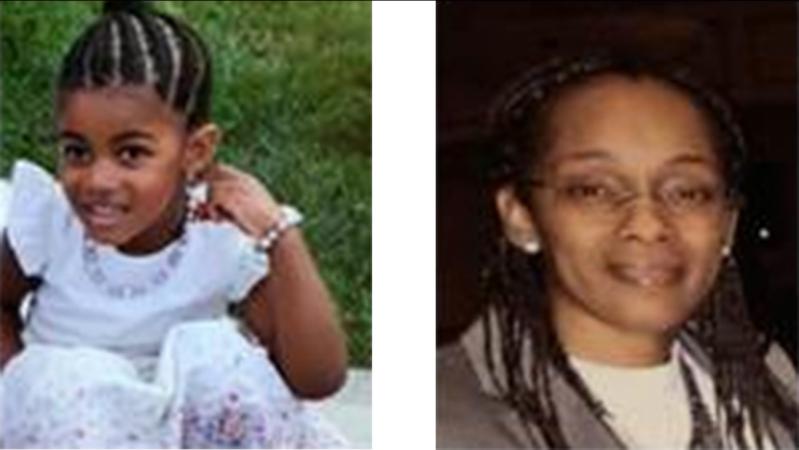 Update, 9 p.m.: Southampton Town police have filed felony charges against Patchita Tennant in connection with the shooting of the father of her child in Flanders, which led to an Amber Alert being issued for their 3-year-old daughter. The child was later found safe.

Ms. Tennant faces charges of first-degree assault and criminal use of a firearm, both felonies. She was not charged Friday in connection with taking her daughter. Police had issued the alert because, they said, the child was taken under circumstances that led police to believe that she was “in imminent danger of serious harm and/or death. Charges could be upgraded if the Suffolk County district attorney's office seeks a grand jury indictment.

The 42-year-old, whom East Hamptoners may know from the CVS on Pantigo Road, allegedly shot her estranged boyfriend, Andrew Mitchell, 46, multiple times inside of his home on Pleasure Drive in Flanders Thursday evening. Mr. Mitchell called 911 at 8:20 p.m. and told police the mother of his child shot him during a dispute. She fled with their daughter before officers arrived.

Mr. Mitchell was flown to Stony Brook University Hospital with serious but non-life-threatening injuries, according to Police Lt. Susan Ralph.

Their daughter was found safe with a relative in Riverhead Friday morning, before 10 a.m., about 13 hours after the shooting. Ms. Tennant later turned herself in. A Hyundai that police believe she drove away from the shooting was found parked in Middle Island around the same time the toddler was located.

Ms. Tennant will spend Friday night at police headquarters and will be arraigned Saturday morning in Southampton Town Justice Court in Hampton Bays.

Southampton Town police have asked that anyone with information about the incident call detectives at 631-728-3400. All tips will remain anonymous.

Update: Patchita Tennant, the woman who allegedly abducted her 3-year-old daughter after the child's father was shot in Flanders on Thursday night, has turned herself in to Southampton Town police. No further information was released.

Ms. Tennant, who also goes by Patricia, lived in Riverhead, but worked at the CVS on Pantigo Road in East Hampton. Her boyfriend, Andrew Mitchell, the father of a toddler, used to work for an East Hampton construction company, but had left several months ago to work on his own.

Police had been looking for Ms. Tennant and her daughter, Vanessa Tennant-Mitchell, since the girl's father Andrew Mitchell called 911 after being shot four times inside his home on Pleasure Drive in Flanders around 8:30 p.m. on Friday.

An Amber Alert was issued for the child on Thursday morning, but canceled shortly before 10 a.m., about 13 hours after the shooting, when the child was found safe at a relative's home in Riverhead.

Update: Southampton Town police said that Vanessa Tennant-Mitchell, the 3-year-old child who was the subject of the Amber Alert, has been found and is safe.

Her mother, Patchita Tennant, who reportedly took her after the child's father, Andrew. Mitchell, was shot in Flanders, has not yet been located, Town Police Lt. Susan Ralph said.

The child was found at a relative's home in Riverhead, Lieutenant Ralph said.

The Hyundai that police said Ms. Tennant was seen driving away from Pleasure Drive after the shooting was found in a parking lot in Middle Island.

Originally: An Amber alert was issued Friday morning for a 3-year-old girl abducted by her mother after a shooting in Flanders on Thursday evening.

Vanessa Tennant-Mitchell was taken under circumstances that lead police to believe that she is “in imminent danger of serious harm and/or death,” the New York State Amber Alert states. The suspect is Patchita Tennant of Riverhead, who also goes by Patricia, according to Southampton Town police.

Southampton Town police responded to a report of a shooting during a domestic dispute at a house on Pleasure Drive on Thursday at about 8:25 p.m. Andrew Mitchell, 46, was shot multiple times by a woman who fled the scene before police arrived. Mr. Mitchell, who had called 911, was airlifted to Stony Brook University Hospital, a level-one trauma center. He has serious injuries, but they are not life-threatening, according to Lt. Susan Ralph.

Ms. Tennant is believed to have fled with the toddler she shares with Mr. Mitchell, according to a statement from Lieutenant Ralph. Mr. Mitchell and Ms. Tennant were not married, she said.

Police combed the area with search dogs early Friday. When Ms. Tennant and her daughter had not been located by Friday morning, an Amber Alert was issued at about 7:30.

According to town police, 3-year-old Vanessa is black with braided black hair and brown eyes. She is approximately 2 feet 5 inches tall and weighs about 50 pounds. She was last seen wearing a red shirt, blue pants, and black sneakers.

The suspect was described by police as black, approximately 42 years old with braided black hair and brown eyes. She is approximately 5 feet 10 inches tall and weighs about 160 pounds. She was last seen wearing a gray sweatsuit.

Police have asked anyone who spots Vanessa or Ms. Tennant to contact them at 866-697-2623 or call 911. "If anyone comes into contact with Tennant use extreme caution," Lieutenant Ralph said in a statement.