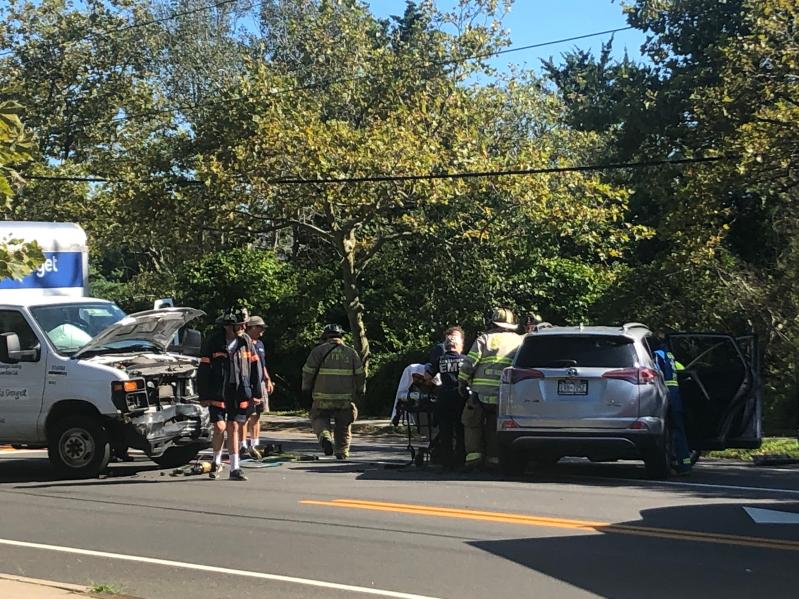 The Amagansett Fire Department worked to free a driver from an S.U.V. involved in the accident.
Jason Nower Photos
By Christine Sampson

Amagansett firefighters extricated a man from a silver Toyota sport utility vehicle that had been struck by a delivery truck in front of Cirillo’s I.G.A. on Montauk Highway Thursday afternoon.

The accident, which police said was reported at 3:30 p.m., caused traffic backups in Amagansett as first responders worked to clear the road. The department's heavy rescue squad responded, as did an ambulance.

According to an eyewitness, the S.U.V. appeared to have made a left turn from the parking lot to head east on Montauk Highway when it was hit by a box truck.

No one involved appeared to have life-threatening injuries, an eyewitness said.

No further information was immediately available.