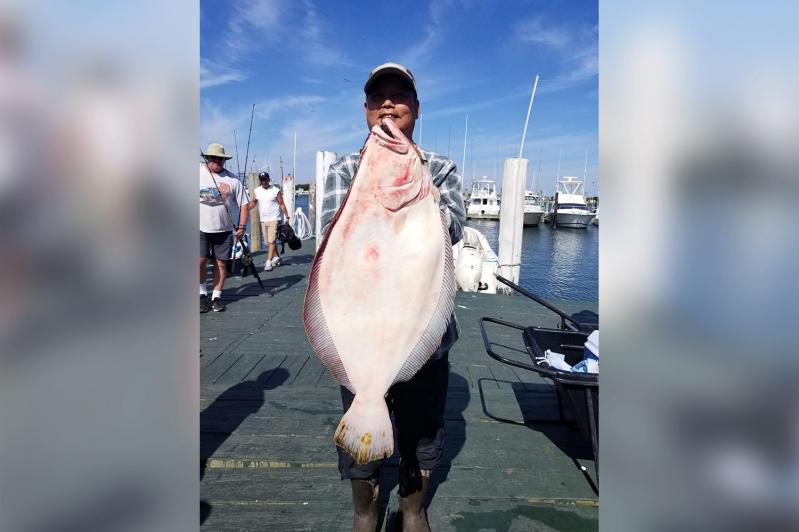 Baby bluefish, also known as snappers in these parts, have arrived en masse. The annual invasion of the sporty little fish is evident at every dock, wharf, and bulkhead on the East End. The fish that young anglers first wet their lines to catch can be taken off Long Wharf in Sag Harbor and at the Gann Road dock on Three Mile Harbor, among many other locales.

However, the New York State Department of Environmental Conservation reminds anyone angling for snappers that there is a 15-fish daily limit.

There is a caveat in the regulations, so take heed: While there is no size limit on the first 10 fish retained, the other five need to be over 12 inches long. The rules have certainly become a bit more complicated from the days of my youth when I caught my first snapper with a bamboo pole and simple kite string. Mark Twain would have approved of my primitive yet effective fishing method. Today, you better take your measuring tape to be safe if you plan to retain your full limit.

“Snappers are the best way to get kids introduced to fishing,” said Harvey Bennett, the old salt who has operated his simply named establishment, the Tackle Shop, in Amagansett for nearly 40 years. “It was probably the first fish I ever caught. They are easy to catch and require minimal tackle. It’s as simple as it gets.”

“Snappers are a real crowd pleaser for sure,” said Ken Morse at Tight Lines Tackle in Sag Harbor. “The fish are still a bit on the small size but they are getting bigger by the day.”

Kids are catching them and older folks like yours truly also use them for fluke bait. Looking for that milestone 10-pound fluke? Few baits are as good as a live-lined snapper.

Speaking of large fluke, a good number of fish above 10 pounds have been taken of late from the deeper and cooler waters south and east of Montauk.

“There are some big fish around and a few fares are getting their limits, but catches are also dependent on the fishing conditions,” said Capt. Mark Ryckman of the Montauk Star. The full-day open boat departs daily at 6 a.m. from the Star Island Yacht Club.

Out at the canyons, the action for yellowfin tuna and marlin has also been good of late. To illustrate the point, Capt. Steven Forsberg Sr. of the Viking Fleet took some time off to fish from his own boat, the aptly named Free Time. In addition to landing a slew of tuna, his crew member Justin Seiler also bested a swordfish that tipped the scales at over 400 pounds. A mighty fine marker (the commercial name given to swords over 100 pounds).

Closer to home, Sebastian Gorgone at Mrs. Sam’s Bait and Tackle in East Hampton was enthused about the late summer action. “Blowfish seem to be everywhere. It’s really nice to see how many are around. Also, snappers are in big time and snapper blues [blues weighing around one pound], have invaded various bays and inlets, including Three Mile Harbor.”

Gorgone said that numerous striped bass are also in the ocean wash. “No keepers, but plenty of action,” he said. “Just fish a small jig, plug, or bucktail and you’ll have a ball.”

“And don’t forget the kingfish,” he added. Gorgone relayed that he was unsuccessful in securing an additional supply of kingfish rigs. “Apparently New Jersey is experiencing a huge run of kingfish and they’ve bought out all the rigs from my supplier. Go figure.”

“Blowfish are out of control,” agreed a beaming Harvey Bennett. “It’s great

to see so many around again. I need to find some time to fish for them. They are delicious eating.” I wholeheartedly agree with Bennett’s palate.

The 13th-generation Bonacker also said that snappers, kingfish, and porgy action remains strong in the usual summertime haunts, while bass and blues can be found in the Amagansett surf line.

“I also got my first report of false albacore showing up northeast of Gardiner’s Island,” he added. “Plus, Atlantic bonito are in greater concentrations closer to Montauk. Over all, the fishing has been really good of late.”

“Typical August fishing,” said Morse from behind his counter on Monday. “There’s good fishing in the bays, but the farther east you go, the fishing is better.” Morse confirmed that porgy, sea bass, bluefish, striped bass, and fluke have all shown up in larger numbers in the cooler waters at Gardiner’s Island and beyond.