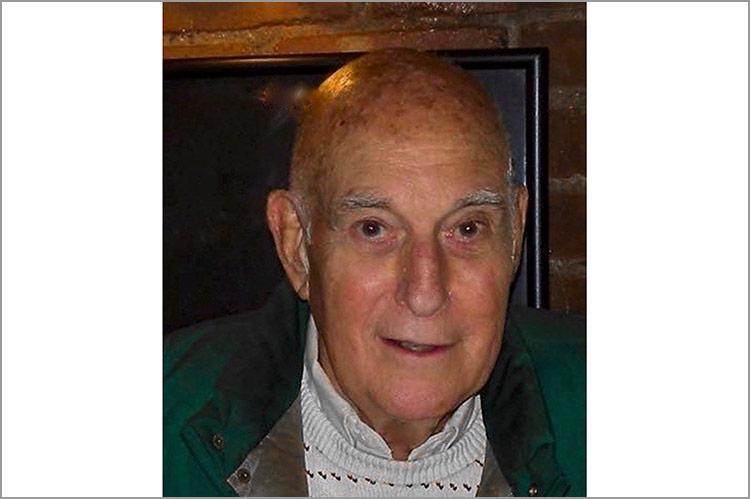 Robert Ullman, a theatrical press agent who promoted more than 150 productions, including “A Chorus Line,” which he took from development to a Pulitzer Prize, died on July 31 in Bay Shore. He was 97 and had been a part-time East Hampton resident.

After retiring from the theater, Mr. Ullman and his life partner and eventual husband, Milton Freeman, ran the Collectibles antiques shop in Bridgehampton and 1780 House Antiques in Water Mill. Mr. Freeman, who was known as Mike, died in 2015.

Mr. Ullman was born on July 20, 1922, in the Washington Heights neighborhood in Manhattan, to William Ullman and the former Nettie Eisler. His father manufactured topcoats for men. The family moved to West End Avenue in Manhattan in the 1930s.

Theater was a family affair for the Ullmans. When his parents saw a Broadway show, they would return with their ticket stubs and Playbills, leaving them at the foot of Mr. Ullman’s bed for him to study in the morning. He saw his first show, “Take a Chance,” starring Ethel Merman, when he was 10.

Professionally, Mr. Ullman’s career started on Off Broadway, before it was called Off Broadway, he would tell friends. He worked on summer stock plays and winter stock, and worked in producers’ offices, “anything to stay involved in the theater,” he said, summing up his career. Among his influences were what he described as his “three great mentors,” Bill Doll, Samuel J. Friedman, and Harvey Sabinson.

By any measure, Mr. Ullman had an extraordinary career. The list of luminaries he worked with was vast and included Tallulah Bankhead, James Dean, James Earl Jones, Meryl Streep, Eartha Kitt, Cab Calloway, and Zero Mostel.

Equally daunting were productions for which he was the publicist. Among these were “Ethel Merman and Mary Martin: Together on Broadway,” “Driving Miss Daisy,” and “Sunday in the Park With George.” He even enjoyed his flops, including David Merrick’s disastrous “Breakfast at Tiffany’s” and “Mata Hari.”

Among Mr. Ullman’s closest professional collaborators was Walter Kerr, the New York Times theater critic. He publicized two Broadway shows that Mr. Kerr directed and was a co-writer on a third, “King of Hearts.”

In the 1970s, Mr. Ullman decided to shift his focus to new works, becoming the in-house press agent for Joseph Papp’s productions at the Public Theater on Astor Place and in Central Park. In addition to working on “A Chorus Line,” Jason Miller’s “That Championship Season” opened during this period and won a Pulitzer.

Other plays at the Public included “For Colored Girls Who Have Considered Suicide/When the Rainbow Is Enuf,” “Curse of the Starving Class,” “Wings,” and “Drinks Before Dinner.”

At Playwrights Horizons he worked on “March of the Falsettos,” “Sister Mary Ignatius Explains It All for You,” and “Romance Language.” The Manhattan Theatre Club renamed its lobby in honor of him and Shirley Herz, his fellow theatrical press agent and onetime business partner.

His sister, Jean Ullman Blake, and brother, Dr. Montague Ullman, died before him. He was very close to his nieces and nephews, Bonnie Blake Drucker, Billy Blake, the late Gary Blake, Susan Ullman, Lucy Ullman Bain, and Bill Ullman, whom he took to Broadway shows from the 1950s through the 1970s.

A celebration of his life will be held in the fall at a location and date to be announced. Memorial donations have been suggested to Broadway Cares, Equity Fights AIDS at broadwaycares.org.