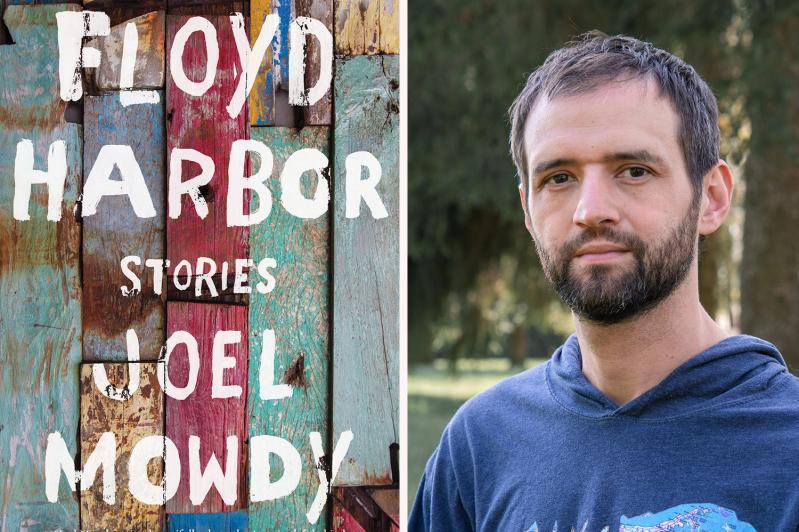 The air of the closely observed and personal is unmistakable in Joel Mowdy’s debut short-story collection, giving these 12 linked pieces an ambient sense of emotional truth and even necessity. Here is a tour, set mainly in the 1990s, of the ins and outs of the denizens of “Floyd Harbor,” a fancy-come-lately moniker for the Mastic Beach area of Long Island. It’s controversial among the characters who populate these stories. Namely: There is no actual harbor, so what’s up with that?

Mr. Mowdy takes us not so very far geographically from the publication place of this paper, yet it is psychically a great distance, with an economic landscape characterized by the absence of affluence and ease. Rather than the economic stratification that marks “The Hamptons,” Mr. Mowdy describes a territory swept by dilapidation and a certain degree of squalor almost across the board.

The mostly young people in these stories are mostly messed up, but not totally, not to the core. They are cockeyed, their attitudes oddly innocent; they are hustlers with varying degrees of intelligence and success; they are subject to tides of love and attraction and longing, to conquests misguided and failed. Yet the sweetness of the moment, when it’s sweet, is as real and true as they come:

“He could taste his pot and beer breath on her breast, her workday in the stubble in her armpit. She laughed when he kissed her there, but then moaned and said, ‘Come here,’ even though he was on top of her.”

This stuff that’s happening — the teenage pregnancy, the blurry-line prostitution, the drugs, the petty crime, the schemes — it’s really not okay. But it’s all gonna be okay, maybe, until it isn’t. The end of the line hovers remotely, obscured by what must be, for now, survived: chronic recidivism into rehab, parents’ PTSD that leaves children abandoned, finding someplace to stay the night. Mr. Mowdy stakes out territory with the markers of his Floyd Harbor: used hot dog napkins from the Handy Pantry, “Hotel California” as a kind of theme song, cars and boats up on blocks.

A mattress-returning hustle crops up in several stories; Rebecca, a teenage mother, is mentioned in some others; Jeff Ryans, the naked dude on acid who has a run-in with the police at the USA gas station, keeps showing up throughout the collection. And perhaps as a kind of stringy glue, there’s Mr. Luzzi, “The Luz,” the English teacher who implemented the alternative program at the Floyd School District High School to turn students’ lives around. Mr. Luzzi is their champion, yet stuck in the neighborhood himself, as it were, making it through the days with his own woes, a writer of fiction:

“Did he still have that ambition in him? He’d lost track of how many times he sent those stories out. He’d quit counting rejections. He’d stopped stealing manila envelopes from the main office.”

These stories link inextricably, begin to coalesce to form something greater than the sum of their parts. A novel, say? Mr. Mowdy steps in that direction but does not quite stride, favoring the rhythms of the disparate, the stories of people searching to be the protagonists of their own lives, struggling to sustain their own stories. Yes, these stories touch, but are glancing, even as they share the intimacy of time and place and headspace, as if to say, we’re all connected, but that doesn’t matter, except when it happens to, strikingly but fleetingly.

It doesn’t all come together, and maybe that’s the point. Mr. Mowdy is in it for a shorter game this virgin try, perhaps, though readers will attach, even find themselves invested in his constellation of seekers, strivers, and survivors.

Joel Mowdy grew up in Mastic Beach and earned an M.F.A. in fiction at the University of Michigan. He teaches at the Green School in Bali, Indonesia.