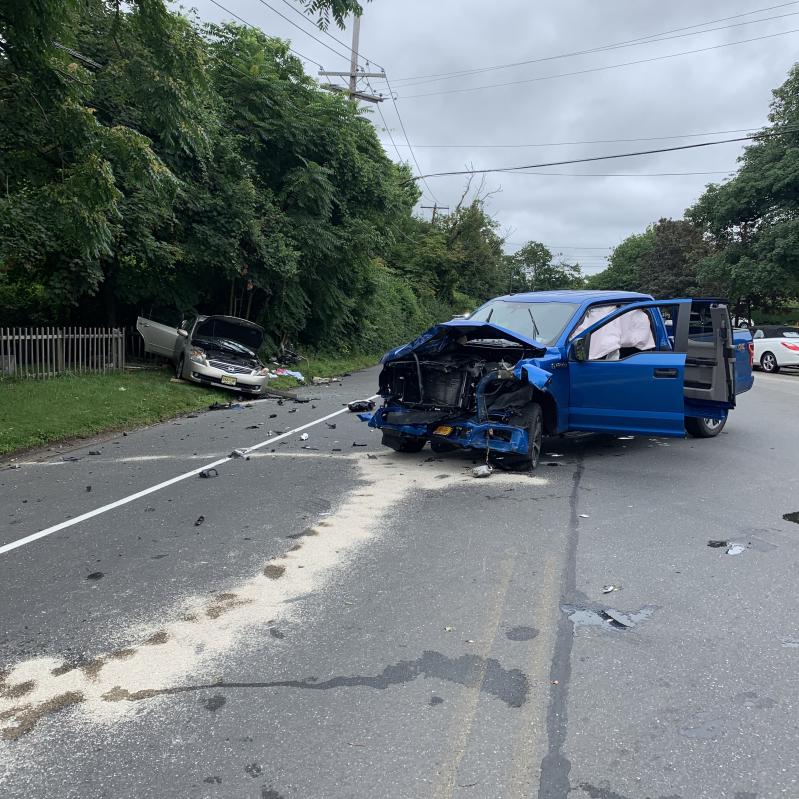 A Nissan Maxima appeared to have been T-boned by a Ford F-150 pickup, according to eyewitnesses.
Doug Kuntz
By Taylor K. Vecsey

A mother and a child were airlifted following a two-car accident Tuesday at the intersection of Newlight Lane and Montauk Highway in Bridgehampton, while Southampton Town police investigate the crash.

The accident occurred at about 11:25 a.m. The Bridgehampton Fire Department responded with its heavy rescue squad to extricate a woman from a Nissan Maxima that appeared to have been T-boned by a Ford F-150 pickup truck, which sustained heavy front-end damage.

According to eye witnesses, the woman's young child was inside the Maxima and suffered a laceration to the head.

Emergency medical service personnel treated the mother and her child and called for two county medevac helicopters to fly them to Stony Brook University Hospital, the closest level-one trauma center.

The driver of the pickup truck was not taken to the hospital. Eye witnesses said police were conducting field sobriety tests at the scene. Police were not available to comment immediately.

This article will be updated as more information becomes available.