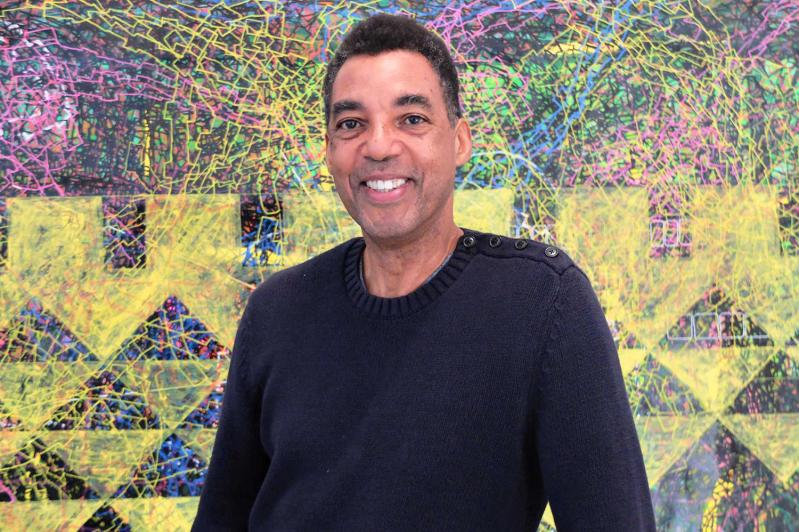 Rick Lowe, a Houston-based artist and community organizer, will discuss art’s impact on communities and the world with Eric Fischl, Dorothy Lichtenstein, and Glenn Fuhrman on Saturday at Guild Hall.
By Mark Segal

“Art as Ecosystem 1,” the first of two talks at Guild Hall moderated by the artist Eric Fischl, will bring together art world luminaries to take the measure of the discipline’s health and vitality.

Glenn Fuhrman, founder of the FLAG Art Foundation, Dorothy Lichtenstein, president of the Roy Lichtenstein Foundation, and Rick Lowe, a MacArthur Genius artist who has initiated arts-driven community revitalization projects in Houston and other cities, will join Mr. Fischl on Saturday afternoon at 2 for an exploration of what is possible and what the future might hold.

The Church, the former Methodist Church in Sag Harbor that is being developed into an arts center by April Gornik, Christy MacLear, and Mr. Fischl, is the co-sponsor. Tickets are $15, $13 for members.

“Battle of the Doo-Wop Bands: New York vs. New Jersey” will offer a change of pace on Sunday at 7 p.m., when five Broadway veterans will perform songs by the Four Seasons, the Drifters, Neil Sedaka, Dion and the Belmonts, Frankie Lymon, and many others.

After an evening of singing and dancing, the Guild Hall audience will decide whether New York City or the Jersey Shore garners the doo-wop crown. Tickets are $40 to $75, $38 to $70 for members.

The American Modern Opera Company is committed to reimagining what it means to make opera in the 21st century. On Friday, July 26, at Guild Hall, the company’s singers Anthony Roth Costanzo and Paul Appleby, accompanied on piano by Matthew Aucoin, will perform “Veils for Desire,” a program of vocal music that “expresses and embodies strange, unnamable desires,” according to Mr. Aucoin.

The program will include music by Benjamin Britten, Monteverdi, Bach, and Mr. Aucoin, as well as readings by Wayne Koestenbaum, a scholar and poet, of texts he has written for the occasion. Tickets for the 8 p.m. program are $40 to $85, $38 to $80 for members.

Next Thursday’s program, G.E. Smith Presents Portraits, featuring the band Dawes and produced by Taylor Barton, is sold out.