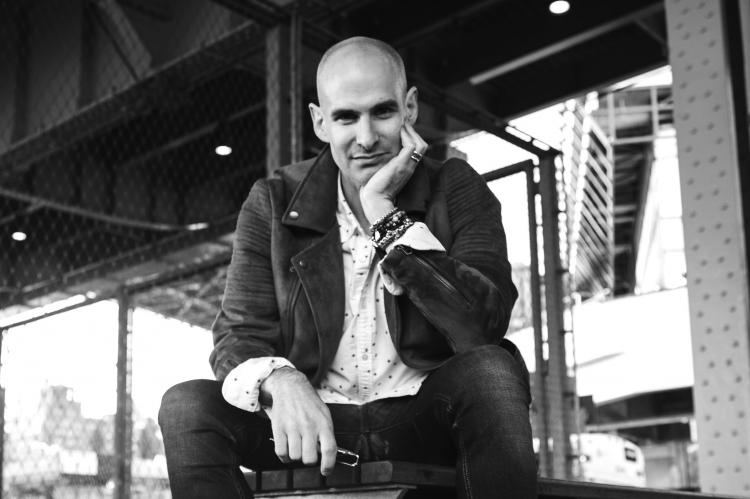 Walker Vreeland’s monologue “From Ship to Shape” reflects on his descent into mental illness and subsequent recovery.
Peter Mitrovic
By Mark Segal

When he was 23 and just out of New York University’s musical theater program, Walker Vreeland took a job as a lead singer for Norwegian Cruise Lines, never suspecting that the voyage would last a decade and include a stopover at John Hopkins Hospital’s Mood Disorder Psychiatric Ward.

“From Ship to Shape,” a solo show Mr. Vreeland has been developing and presenting in different forms over the past nine years, is the story of his downward spiral and recovery. Following an extended sold-out run Off Broadway, Mr. Vreeland will bring the show to Bay Street Theater in Sag Harbor on Monday evening at 7.

Mr. Vreeland is a writer, actor, and singer familiar to East End radio audiences from his nine years as host of “The Morning Show” and “The Afternoon Show” on WBAZ-FM. Between rehearsals in New York he explained that when he took the cruise ship job he was idealistic and naïve.

“I felt I could take on the world,” he said. “In a lot of ways, that’s what the play is about. I mean, yes, it’s about mental illness, yes, it’s about the breakdown. It’s also about me looking back on the experience and seeing how a wounded sense of self can cause you to make self-sabotaging choices that can set you on a path to hell. It’s a light comedy.”

Mr. Vreeland stressed that it took many years to find stability and understand the role his own sense of inadequacy played in his history of mental illness. While on the cruise ship, in New York City after he left the ship, and in the hospital, he kept a journal about the experience. Even before his recovery was complete, he began to see it as a play.

“I was familiar with him as a theater director, so I was excited he was coming to Bay Street.” After interviewing Mr. Schwartz on his radio show, Mr. Vreeland asked if he would be willing to read his autobiographical monologue. A two-year collaboration followed that included two readings at Bay Street.

After the second of those, Mr. Vreeland was diagnosed with cancer. He is now cancer-free, but that experience led to his decision to leave the radio station and the East End, return to New York, and get back into the theater, which he did with a vengeance.

Because Mr. Schwartz wasn’t available, he hired Milton Justice, an Oscar and Emmy Award-winning producer and director, to further refine “From Ship to Shape.” The resulting version, which was cut to 75 minutes and, for the first time, included music, opened Off Broadway at the Studio Theatre in 2017 and won two 2017 United Solo Awards: best one-man musical and best direction of a musical, for Milton Justice. That production is the one coming to Bay Street.

Mr. Vreeland is now living in New York and writing something new. “And of course I’ve been in rehearsal for two months, even though it’s just one show. I’m a different person now than I was when I did the show Off Broadway. The show is always different, too. It has to be in order for it to stay alive and interesting for me and the audience.”