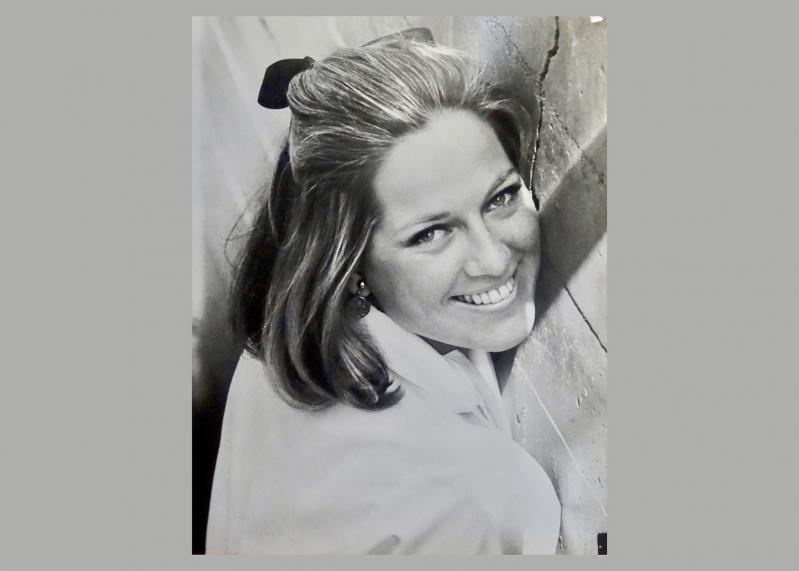 Maureen Maran Wikane, the longtime director of the Eleanor Whitmore Early Childhood Center, formerly the East Hampton Day Care Center, whose caring guidance is remembered by numerous East Hampton children, parents, and teachers, died at the East End Hospice Kanas Center in Quiogue on June 18. She was 71, and had pancreatic cancer.

In her dealings with her friends and family, and with children and their families over her 35-year career as an educator, Ms. Wikane had a gentle manner and a lasting impact.

As director since 1996 and, most recently, administrative director, Ms. Wikane led the Eleanor Whitmore Center through an era of expansion and growth. During her tenure, the center was able to increase the number of preschool children served from several dozen to approximately 100.

She designed and established a toddler program, and, in collaboration with the East Hampton School District, implemented one of the first half-day, and then full-day, prekindergarten programs in the region. Working with the district and with East Hampton Town, she added an after-school program for children in East Hampton and Springs, which became Project MOST. In recognition of efforts to narrow the achievement gap for preschoolers entering kindergarten, the center received the National School Boards Association’s Magna Award in 2004.

With a master’s degree in education from Hofstra University from 1974, teaching certifications in nursery through sixth grade and in social studies for grades 7 through 12, and a certificate in not-for-profit management earned at the Columbia University Graduate Business School in 2004, Ms. Wikane “was so committed to her work, the staff, and the families,” her son, Christian John Wikane, said. The center was “her second home,” he said, and her commitment to her work “informed every decision she made.”

“Through her love of children and dedication to early childhood education, she has touched the lives of generations of children and their families in the East Hampton community,” said Ruth Ann McSpadden, the president of the Eleanor Whitmore Early Childhood Center’s board of directors,

In a letter written in 2017, when Ms. Wikane was honored at the center’s 20th-anniversary Barn Dance fund-raiser, Eleanor Whitmore, the honorary pres­ident of the board, said that Ms. Wikane had “worked diligently through the years, meeting the constant fund-raising challenges and developing an outstanding program and learning community, and is well respected by the parents of our students as well as by teachers and staff.”

Ms. Wikane “had to do it all to keep the center running happily,” she wrote, and had turned it into “an invaluable community resource.”

“I certainly will miss her positive spirit and the joy of teaching that she inspired in others,” Ms. McSpadden said. “Through her strong leadership and commitment to the highest standards of care, Maureen’s legacy lives on in the work of the teachers and staff that she trained so well over the past 25 years, and will sustain us as we move forward toward the future.”

Ms. Wikane was born on Dec. 13, 1947, in Southampton and grew up in Bridgehampton, where her father, Roger Edward Maran, had farming roots going back several generations. Her mother, the former Marjorie Southwood, was a teacher at the Bridgehampton School, where the young Ms. Wikane was a cheerleader and excelled in track.

After graduating as the Bridgehampton School’s salutatorian for the class of 1965, she earned a Bachelor of Arts degree in sociology from Mary Washington College of the University of Virginia in 1969. Her college days in Fredericksburg, Va., were some of her fondest memories, her family said.

In 1971, she was married to John H. Wikane Jr., who had come with a friend and her date to a party at Ms. Wikane’s parents’ Bridgehampton house. Mr. Wikane died in 2000.

Early in their marriage, the Wikanes lived in Garden City, and then in Douglaston, Queens, splitting their time between there and a house in Springs until moving east full time in 1979. They moved to East Hampton Village in 1981.

In the 1970s, Ms. Wikane worked at Hofstra University in Hempstead as an admissions officer, and then as an administrator at the Eastern Suffolk Board of Cooperative Educational Services (BOCES). Between 1984 and 1995, she taught kindergarten at the Most Holy Trinity Catholic School in East Hampton and third and fourth grade at the Stella Maris School in Sag Harbor.

Mr. Wikane and Ms. Stengel said this week that their mother had passed on to them her love of music, particularly of Motown hits. Mr. Wikane works as a music journalist. He said his mother’s steadfast, caring support of her children was also extended to family friends, and he and his sister now also carry that forward. His mother navigated all kinds of challenges and situations with grace and strength, he said, and made their home “a haven. I value that tremendously.”

Ms. Wikane enjoyed cooking for guests at her house, where her aesthetic flair for decorating and special touches extended to the table settings and to the garden. Given “a second life,” Mr. Wikane said his mother had told him she would have gone into fashion design.

A member of the Ladies Village Improvement Society since 1976, Ms. Wikane was also a member of the American Association of University Women and of Most Holy Trinity Catholic Church in East Hampton.

Besides her daughter and son, she is survived by two grandchildren and by a sister, Gail Brockett of Bridgehampton.

Ms. Wikane was buried in Edgewood Cemetery in Bridgehampton. A private family service was held on Saturday.

A memorial celebration of her life will take place from 3 to 5 p.m. on Aug. 4 at the Eleanor Whitmore Early Childhood Center in East Hampton, which has established a memorial scholarship in her name.  A memorial Readers’ Circle garden will also be established at the center, with seating for children and a memorial plaque.