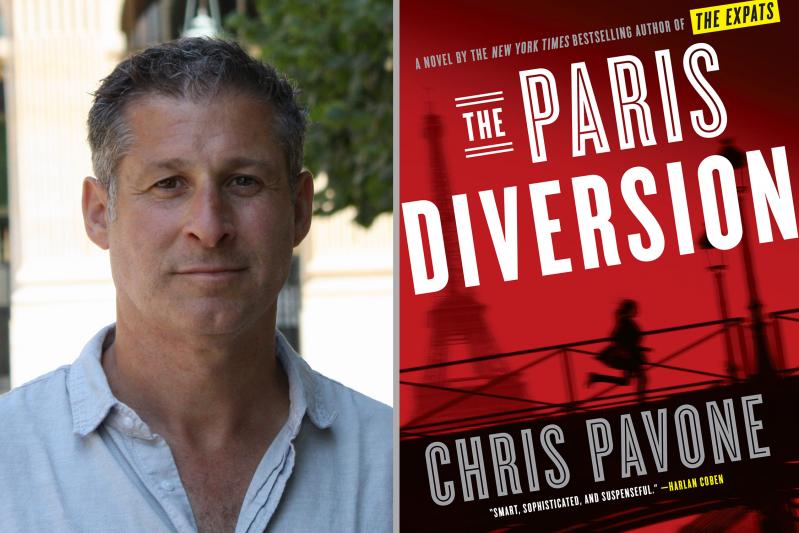 A solitary terrorist, wearing a suicide vest and a possible dirty bomb chained to his wrist, stands alone in the huge plaza outside the Louvre. The tourists have fled, the streets are closed, a sniper has him in his sights. But all the concrete bollards and newly installed defensive measures are not much good against a lone man determined to kill himself.

He stands there for hours, resigned to death in one form or another. “Yes, these metal detectors make people feel safer. But it is just a feeling, not a fact. In reality none of these people are safe. There is no such thing as safety for anyone, anywhere. Not anymore.”

Simultaneously there are bomb threats elsewhere around the globe. But there are no demands, no ultimatums. Who is orchestrating this and what do they want?

Kate Moore, the ex-C.I.A. agent and assassin who was the center of Chris Pavone’s first novel, “The Expats,” is now living in Paris with her husband, Dexter, and their two young sons and, thanks to events recorded in that book, running an off-the-books C.I.A. substation. Her first reaction upon hearing about the bomb scares is to go to her children’s school. But, as she hasn’t managed to shine in her new job, she turns around and heads toward the Louvre, deciding that she will help her shaky career prospects by discovering what the hell is going on.

While she keeps her working life a secret from her family, her husband has plenty of secrets of his own. Among them are that they are nearly broke and he is planning a risky stock exchange deal to get them out of the hole.

Meanwhile, across town, the C.E.O. of 4Syte, Hunter Forsyth, who is also planning to multiply his fortune but on a much grander scale, is whisked from his office in what he is told is a plan to foil a possible terrorist attack against him but which is, in fact, a kidnapping. But there is no ransom demand. So what do the kidnappers want?

As Kate races to do her job, tapping her well-connected sources along the way, she discovers a link between Dexter and Hunter. Her suspicions begin to mount.

She and Dexter, an expert in cyberhacking prevention, had moved to Luxembourg some years before, when he secured a prestigious job with a rich client and she, partly with relief, left her C.I.A. job to raise her sons and enjoy Europe.

But there was no client and no job: Dexter was going to do some cyberhacking of his own, to steal 50 million euros, which he would split with his partner, a scheming F.B.I. agent. Admittedly he was stealing from a war criminal, but Dexter was in way over his head. The F.B.I. agent was lying and double-crossing him, and Kate had to step in and clear up his mess — with as few dead bodies as possible — barely managing to keep them alive and out of jail.

Is he lying to her again? Could he possibly be connected to this rash of bomb scares? The coincidences and connections keep mounting.

The events take place over a single day, and Chris Pavone manages to tie up the credulity-stretching plot and subplots, and marshal the large cast of characters, most of whom you wouldn’t want to take home to meet your mother, in an exciting, nail-biting conclusion.

He writes a great fast-paced game, with more twists than you can get your head around, and he writes expressively about Paris, but the big drawback is that you really have to have read “The Expats” to get a handle on the story. And if you have read “The Expats,” then you’re going to guess a major plot twist without much effort. “Uh-oh,” you will say, “I know what’s coming.” And you will be right. And you’ll be left a little disappointed, for all the thrills there have been along the way.

Kate is a marvelous character: a modern woman torn between wanting a life with her husband and children and a life of secrecy and excitement.

Kate is ruthless, flawed, and deadly, but you root for her all the way. She deserves a better sequel than this.