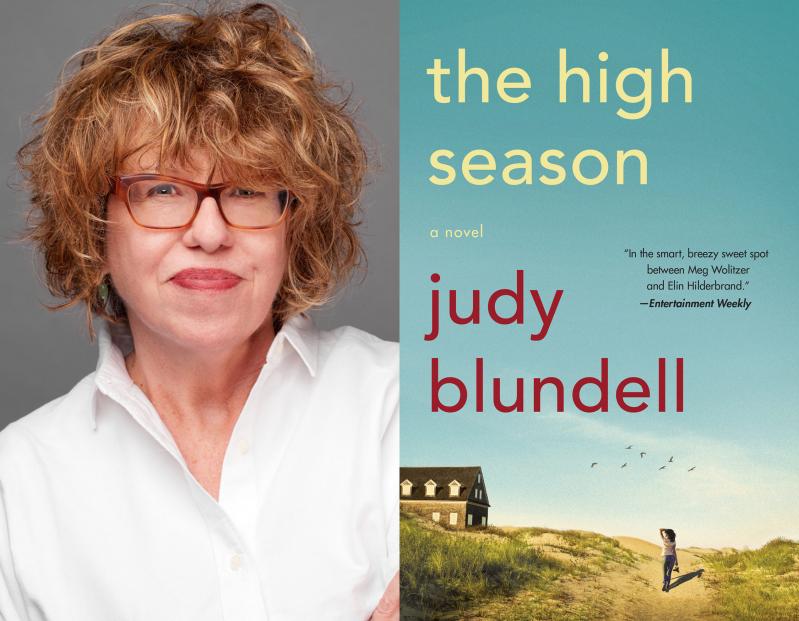 “The summer bummer” is perhaps the best description I’ve heard of the swirl of emotions that many residents of seasonal beach communities feel right around Memorial Day, which is when “The High Season” begins. Crowds, traffic, noise, tempers, and the sudden in-your-face divide between the haves and the have-nots are all factors that invariably turn an idyllic, isolated haven into a darker, more complex place.

For Jem, the 15-year-old daughter of Ruthie Beamish, the protagonist in “The High Season,” Judy Blundell’s debut adult novel, now available in paperback, the “bummer” is having to rent out the family’s waterfront home on the North Fork every year during the prime summer months — something many East End residents can relate to.

For Ruthie, however, “bummer” doesn’t even begin to describe what unfolds as presumably the worst summer of her life. Her home is in the land’s-end hamlet of Orient, a “lovely, perfect village, neighbors who knew her, the bluest hydrangeas, the best view on the North Fork,” Ms. Blundell writes. Here, two ferry rides from the steroidal Hamptons, “there were no famous faces, only famous résumés.”

Ruthie is one of them, now an executive director of a small but beloved local museum called the Belfry. But one conniving and power-hungry board member makes it her job to get Ruthie ousted, and succeeds.

The author’s inside knowledge of the art world and nonprofits is obvious — her husband is the executive director of the Long Island Museum in Stony Brook. In a 2018 New York Times interview, Ms. Blundell explained that nonprofit boards were often microcosms to examine careless use of power: “It starts with just one noxious person who then ropes in a couple of others, and before you know it, corruption spreads throughout the institution.” Indeed, the inner workings of the Belfry’s board, with its backstabbing members and petty infighting, are particularly enjoyable.

Cut loose from the Belfry and a much-needed income, Ruthie finds herself scrabbling to maintain her middle-class existence and to hold on to the home that is her nest egg. The house is still jointly owned with her almost-ex-husband, Mike (“Marital vows they could abandon, but a shingled house with a water view in an escalating market?”). This year, they have rented it out to Adeline Clay, the wealthy widow of a revered painter for whom Ruthie once worked. “Adeline Clay was the gateway to the now impossible American dream: a college education. . . .”

But Adeline seems intent on helping herself to Ruthie’s life, or whatever else she fancies, and a delicious domestic drama unfolds in the midst of a multitude of sometimes soap opera-ish subplots involving the Belfry, a forged painting, a missing Patek Philippe watch, young lesbian love, and a bouncy castle. As the drama builds, the characters multiply (fewer would have been better) and include a gadabout “gorgeous satellite” stepson, an ex-flame, an eccentric billionaire, his wayward daughter, and the obligatory social climber.

In less experienced hands, “The High Season” could have been a disaster. But although this is Ms. Blundell’s first adult novel, she is one of the most acclaimed and prolific voices in children’s fiction, having won a National Book Award in 2008 for her young-adult novel “What I Saw and How I Lied” and gaining critical acclaim for a popular middle-grade series. She is obviously adept at crafting a dense and twisty tale, a page-turner that succeeds both at colorful characters and bold ideas. An occasional stretching of the imagination notwithstanding, “The High Season” feels true to life.

East End residents will also appreciate that Ms. Blundell, who lives year round in Stony Brook, finds the right tone in which to write about the moneyed North and South Forks. Not bitchy, not snide, not angry, but not fawning, nor deferential. Just funny.

Even though the “beach read” has come to be derided and maligned as a cheap and cheerful summer fling, in truth the best summer reads have always been much more than a passing holiday romance. “The High Season,” right down to its hazy, hot, sandy, beachy, blue skies cover, is definitely the perfect summer read that offers escapism, but only so far, if you happen to be an East End resident.