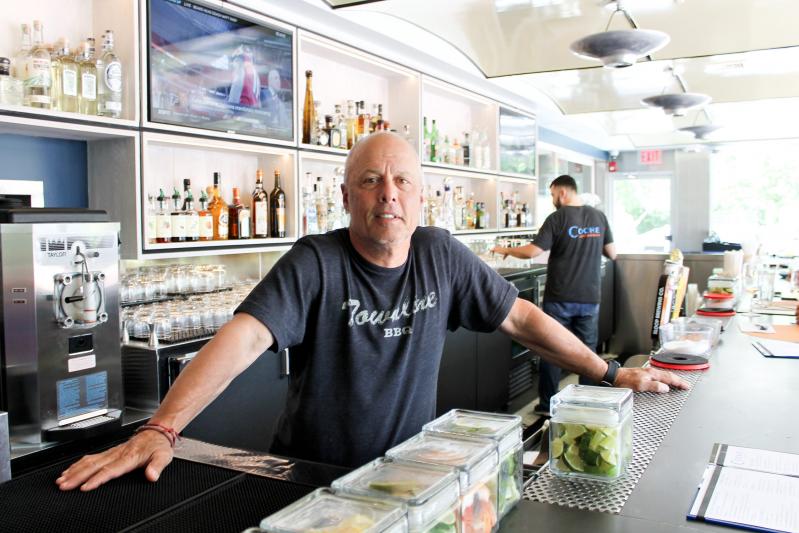 It’s a worker’s market these days on the South Fork, where many business owners say the problem they’re having attracting and retaining employees has reached a critical mass.

The trade parade, a shortage of affordable housing, difficulties getting visas for seasonal foreign workers, and a lack of interest and availability among teens are some reasons for the labor shortage, according to Amity Lucas, owner of the Amity Agency, a Southampton recruiting company.

“It’s out of control this year,” Ms. Lucas said this week. “Everyone . . . has been calling me to say they’ve never seen anything like it out here. There’s a lack of employees everywhere. The economy is good, so people are fortunately gainfully employed, and they’re paid well enough so that they’re happy and not looking to jump ship as much.”

Scott Rubenstein, who owns East Hampton Indoor Tennis and the Clubhouse in Wainscott, said many businesses are competing for the same pool of employees.

“It is difficult to find help, especially in the summer when you probably double your staff,” he said. “What’s happening is everyone’s offering a dollar more, a dollar more, to try to steal them away. It’s a big challenge.”

Mr. Rubenstein has five employees working on seasonal visas from Russia — but anecdotally, local business owners say some have not been so lucky on that front. The United States Department of Labor only approves a limited number of temporary work visas — for instance, about 243,000 for the H-2A agricultural visa program in the 2018 fiscal year for the entire country, according to multiple published news reports. A similar program, the H-2B visa program, for temporary workers in other industries, was capped at 66,000 this year until the federal government received close to 100,000 applications from businesses across the nation seeking foreign employees. In March, according to national news reports, the government decided to add 30,000 more visas.

“They’re really, really nice young men and women. We are fortunate to have them here working with us, but it doesn’t solve the problem,” Mr. Rubenstein said.

The nonprofit Long Island Association released a report this week citing lower regional birth rates and a decline in the population of youth up to 19 years old by 7.5 percent, or more than 55,900, between 2000 and 2017. It will correspond to a decline over the next 10 to 20 years in the number of people between the ages of 20 and 39, the report says — an age group that makes up a key pool of consumers and employees.

“People at these ages tend to buy homes and rent apartments, and are therefore likely to spend money in consumer and service markets necessary to encourage and sustain households,” the Long Island Association says. “Among the industries and businesses that most heavily employ workers aged 20 to 39 are regionally critical hospitals, nursing homes, social service agencies, construction firms, elementary and early childhood education, child care, government, and finance/insurance/real estate.”

The Long Island Association notes that regional infrastructure projects like the Long Island Rail Road’s “third track” may increase the number of “reverse commuters,” those who live in New York City and travel to Long Island for work. But it’s unclear how that will impact the East End, where traffic is already tough to deal with.

The South Fork Commuter Connection has started to take a bite out of that issue, but it has yet to catch up to the hospitality industry, in which hours are often long and unpredictable.

“That was the first really big great step. That’s going to help everybody, but people have to get used to it,” said John Kowalenko, owner of the Art of Eating catering company in Bridgehampton. “I don’t have anyone commuting yet but I’ve offered that option. Some prefer to drive because sometimes the party goes later than we anticipate. They would have to leave at a certain time because of the train schedule, but if you have a car it’s a little easier.”

Mr. Smith said it was already tough to attract workers in the hospitality industry, “but it’s certainly amplified based on where we live, particularly what it costs for people to live here.”

“You see it on all levels, even with the local police,” he said. “Years and years ago, all the police officers came from East Hampton. Now they live in Manorville or UpIsland because of what it costs to live out here.”

For some, the job comes with housing, but that then impacts a business’s bottom line.

“Now you’re faced with a situation where you have to pay someone a lot more money than you have budgeted for that particular position, or pay a lot more for housing,” Mr. Kowalenko said. “Do I have an answer? Of course not. I think we’re all trying to figure it out.”

Mr. Rubenstein, who is providing housing for 27 of the approximately 100 people he employs, acknowledged that the East Hampton Town Board is “trying to wrap their arms around the issue” of affordable housing.

“I hope they figure it out,” he said. “We have some ideas of our own, things that we can do here on our property. We have a building that we think would be great to put people in, make it some kind of housing.”

Mr. Kowalenko said the shortage of labor has led him to turn away midweek catering jobs. Moving his business from Amagansett to Bridgehampton eased the issue a bit, but then one of his chefs left just as the busy season was in full swing.

“Either everyone who’s out here is working or they’re not working because they’re not that good,” Mr. Kowalenko said. He reached out to professional catering networks to replace the chef. “I got some responses from Miami and New Orleans for the summer, but then that brings us to the housing shortage.”

Mr. Smith said fewer teens are seeking jobs. They’re too busy with activities, he said, or they simply don’t need to work the way they used to when he was young.

And, Mr. Smith said, the labor story wouldn’t be complete without talking about immigration laws and their impact on the Latino community. If laws swing in such a way that visas couldn’t be granted or many people were barred from coming here, he said, “you could close this town down, and probably a lot of others.”

“There’s a huge Latino community that has taken the jobs,” he said. “They’ve been able to take them because other people didn’t want them.”

Ms. Lucas said she has had to widen her search for professionals to fill high-profile jobs in certain industries. For a well-known resort in Sag Harbor, she said, she recently helped a new food and beverage manager move here from Rhode Island.

“I’ve been posting ads in more rural areas like upstate or other states where there aren’t as many jobs,” she said. “I have had some success with relocating people.”

Ashley Heather, founder of the Spur in East Hampton and Southampton, said professional fields are feeling the pain, too. One goal of establishing a co-working facility locally, he said, was to nurture entrepreneurs who could create year-round, white-collar jobs that buck the seasonal employment system. He even had trouble himself finding help at the Spur.

“It’s very difficult to find people who have some skills, some motivation, a little bit of talent and a desire to learn, but who would also accept minimum wage to $20 an hour to grow and learn,” he said. “We have solved the issue and managed to find some people, but it was not easy.”

At a heavily promoted job fair at both locations of the Spur in April, Mr. Heather said a couple of hundred people showed up — but they were expecting more.

“I think the general theme is that we’re almost at full employment,” he said.