A time for student actors to shine . . . 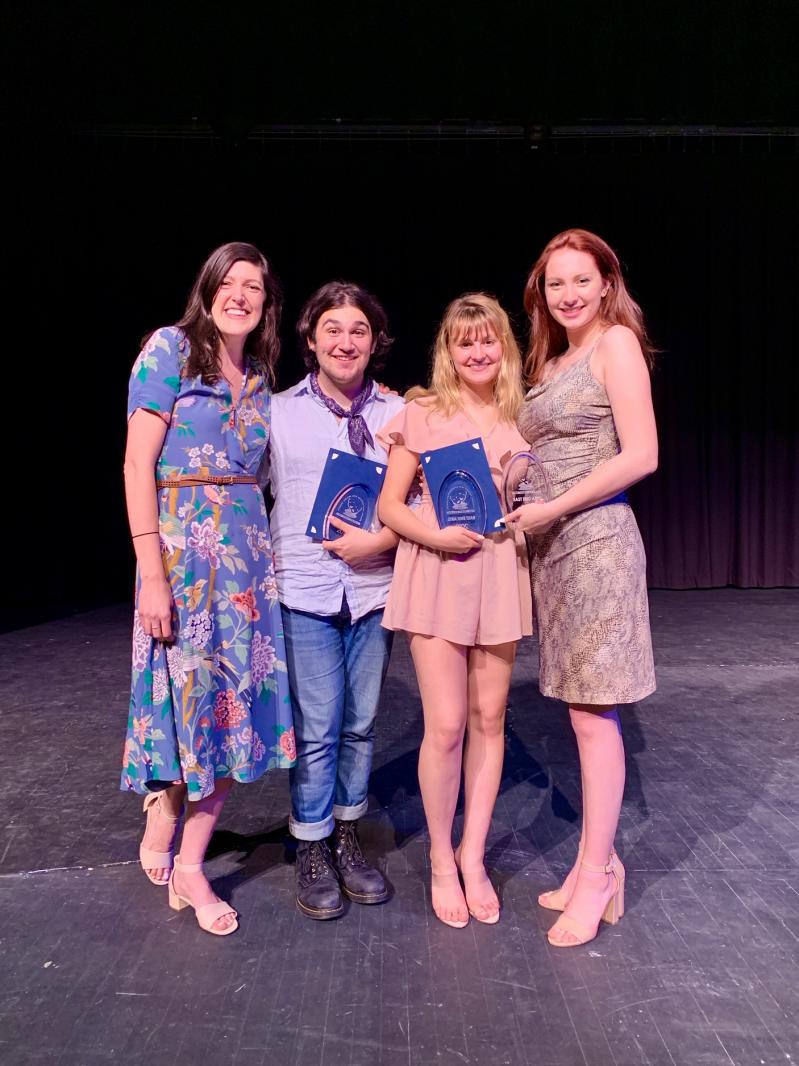 Three members of Guild Hall's Teen Arts Council emerged as winners on Sunday at the Teeny Awards, the annual celebration of high school theater sponsored by East End Arts, based in Riverhead.

Frankie Bademci, a senior from East Hampton High School, won best supporting male in a musical for his role as Thenardier in "Les Miserables" this year. He tied with Jonathan Arkay from Longwood High School, who performed in "Spamalot."

Reilly Rose Schombs, a senior from Pierson Middle and High School in Sag Harbor, won lead female in a play for her role as Marion Hollander in "Don't Drink the Water." Lola Lama, a Pierson junior, won for supporting female in a musical for playing Linda in "The Wedding Singer."

William Minchala of East Hampton High won a Teeny Award for outstanding playbill and poster design for his work on the "Les Miserables" artwork.

Graham DiLorenzo, a Pierson senior, won a Teeny Award for lead male in a play for portraying Walter Hollander in "Don't Drink the Water." He shared the award with Jake Okula from Southold/Greenport, who was in "Clue on Stage." Thomas John Schiavoni Jr., a Pierson freshman, won outstanding performer in a play or musical for two roles, Malcolm in "13 the Musical" and Bum in "The Wedding Singer."

Pierson students put on two musicals this year, including one in September produced by seven students as a project for the International Baccalaureate program. That show, "13," earned the students a Judges’ Choice Award. The seven are Graham DiLorenzo, Reilly Rose Schombs, Anna Francesca Schiavoni, Ella Knibb, Eva Doyle, Yanni Bitis, and Thomas Lawton.

This year's Teeny Awards ceremony, held at Southold High School, was the 17th such celebration that East End Arts has sponsored for high schools reaching as far west as Longwood and Bellport.

Free Car Seat Checks in Southampton
Battle of the Books, and More Fun for Teens
This Week's Happenings in Montauk
END_OF_DOCUMENT_TOKEN_TO_BE_REPLACED